Close Up with Neal Sleeper

He’s been at the helm of more than $1B in development at CityPlace and tonight CityPlace Co president Neal Sleeper will add one more accolade to his already impressive career as he’s awarded NTCAR’s Michael McAuley Lifetime Achievement Award at the Dallas Country Club. 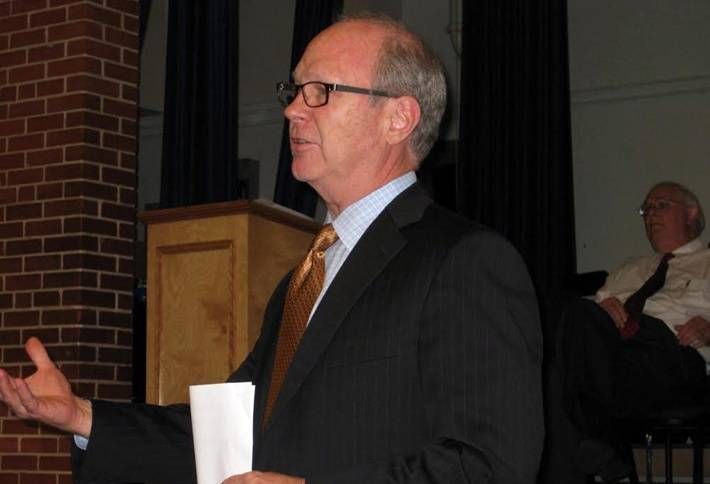 Neal (pictured at an Uptown Public Improvement District board meeting) will be honored along with Columbus Realty’s Robert Shaw and Trademark Realty’s Terry Montesi (both of whom are also being inducted into the NTCAR Hall of Fame). Neal’s devotion to charitable organizations and industry associations helped him earn the award. He believes in community building, he tells us. “If property owners and residents work together, they can make the area better; so much more than any individual property owner could do on his or her own,” Neal says. He’s was instrumental in the creation of the Uptown PID, which maintains the common areas, provides extra security and rids the area of grafitti. He was a member of the Oak Lawn Forum and served as its chairman in '84 to create a new zoning plan for Oak Lawn, including the area known today as Uptown. He’s served as chairman of the Cityplace Area TIF Board for 16 years and is now chairman of the Farmers Market TIF board and the TOD TIF board. He has also served on the McKinney Avenue Transit Authority since its inception and helped Phil Cobb and others get the historic trolley back on track. 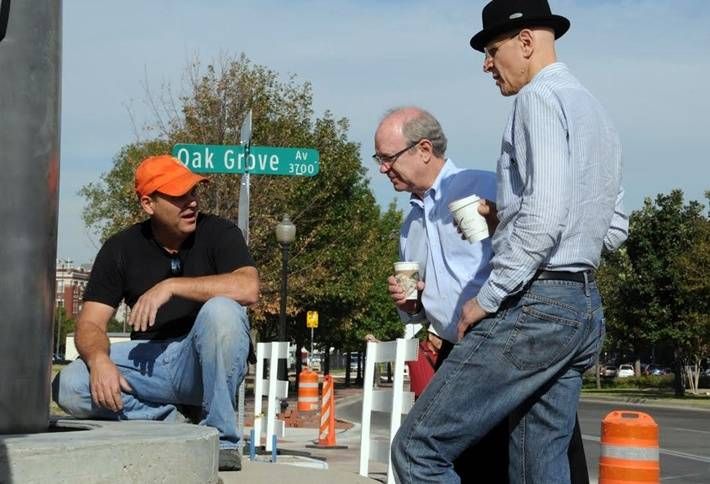 Neal (here with artist Cliff Garten and an installation specialist working on Cliff’s public art installation of Tower Two at the corner of Blackburn and North Central Expressway) tells us people would probably know CityPlace best for its West Village development full of restaurants, shops, luxury apartments and office space. “You get a sense of that walkable urban environment all over Uptown from the Crescent area to West Village,” Neal tells us. "There are many different types of development, but most play into that same theme." The CityPlace development started with 130 acres and has been developed into about $1B of development with 3,700 apartment units, 650k SF of retail and close to 500k SF of office. Neal notes that Cityplace Co does not own Cityplace Tower. When Southland sold that property, it kept the Tower as its HQ (like the hole in the donut of development around it). 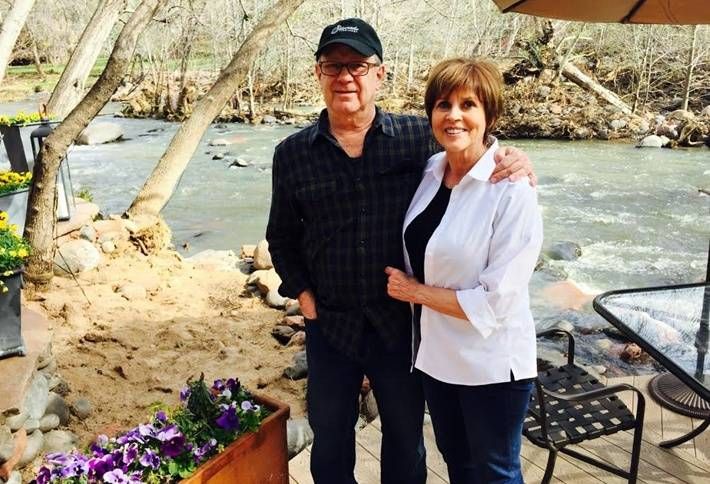 Cityplace Co recently collaborated on two projects, 3700M (380 apartment units and 37k SF of retail at McKinney and Blackburn in conjunction with Forest City) and the 250k SF HQ for the Richards Group (Cityplace handles 10k SF of ground-floor retail) on the other end of Blackburn and Central Expressway. Pictured here in Sedona, AZ, with girlfriend Carole Moore, Neal tells us the entire CityPlace development has been part of a master plan and built out gradually. The next tract to be developed is in between Richards Group and 3700M and is surrounded by Cityplace West, Noble Avenue, Blackburn Street and Oak Grove Avenue. It's being developed with Forest City and will include a 400-unit apartment project, 25k SF of retail and a 150-room luxury hotel. It's set to break ground in November. 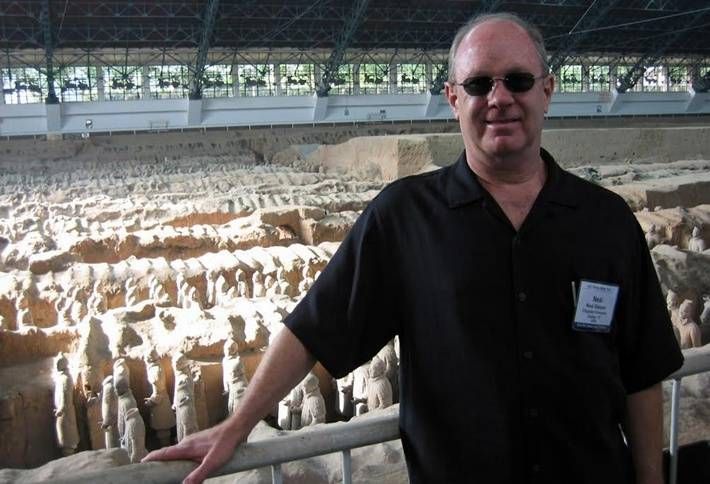 Neal (here in Xi'an China checking out the terracotta warriors as part of a ULI sponsored tour) tells us Cityplace has two more significant development sites left, currently with interim uses. One is the site of The Rustic, which is arguably the most successful restaurant/outdoor entertainment venue in the state. The other is home to the popular Mutts Canine Cantina. Neal’s path of community service over the years has involved working with many City planning and zoning issues including serving on former mayor Starke Taylor's zoning transition task force. Efforts there (coordinated through NAIOP) ultimately led a group of developers spearheaded by Champion Partners’ Jeff Swope to form The Real Estate Council. Neal was a founding board member. Neal credits a group of patient investment partners, a great working relationship with his business partner, Don McNamara, and a high level of support from elected officials and City staff for the Cityplace success. Neal enjoys travel and just returned from a trip to Ireland with The Dallas Assembly.