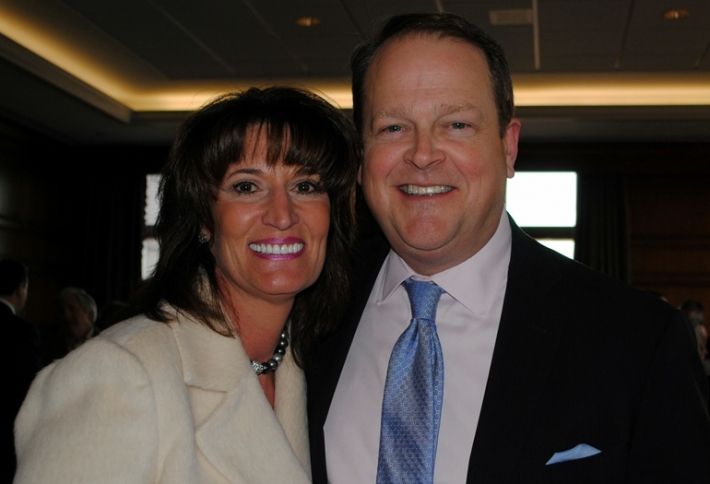 She's best known as the first woman to run the Dallas office of Cushman & Wakefield, but if Liz Trocchio followed her original career plan, she’d be writing this story and interviewing someone else. Luckily, her path veered from journalism into real estate. (Luckily for us, too... we can't go back to working at the carnival.) She cut her teeth interning at Hines Industrial and joined the firm while going to college, working with big names like Rick Slaven, Bill Mabus, and Jon Dooley. It’s been a wild ride that led her to become a certified executive coach and corporate consultant of her own company, The Trocchio Advantage. (She’s pictured here with VanTrust Real Estate EVP Ran Holman.) 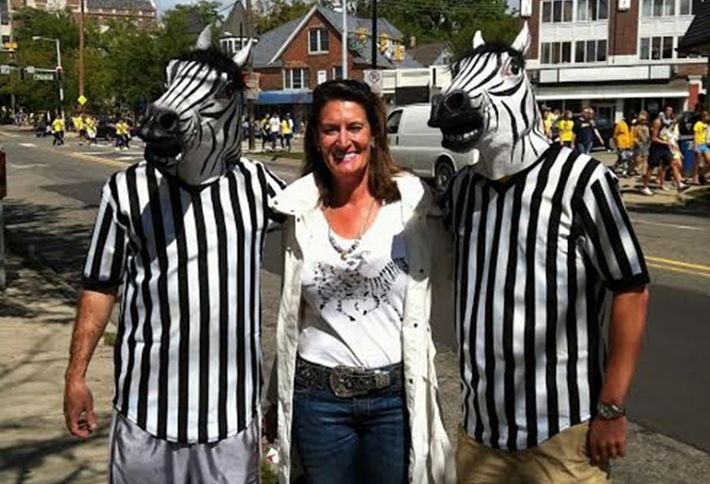 Liz (here tailgating with some referee zebras) had stints working as prez/COO of Woodmont Cos as well as in leadership positions for The Balcor Cos and Transwestern. “Everything I learned wasn’t from school necessarily, but from growing up in the business,” she tells us. (Schools should start holding classes in offices so the kids can soak it all in while they learn.) While at Woodmont, she was approached by Cushman to run its Houston office. She was there 18 months before Cushman merged with Cushman Realty and she returned to run the Dallas office. During her tenure there, she was the founder and chair of C&W’s Professional Women’s Global Gateway, a forum consisting of 1,500 professional women worldwide. The idea: give women the necessary platform, tools, and opportunities to network with other women within Cushman & Wakefield’s system. 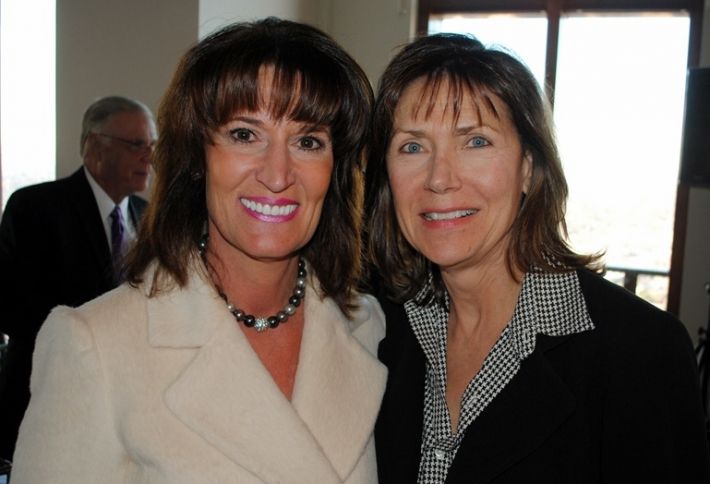 She was awarded the firm’s first ever Diversity Service Award, too. Here's Liz with Case Commercial’s Susan Gwin Burks (who was both a mentor and a hire for Liz at Cushman). Her much-rumored lawsuit against Cushman never existed, she tells us; any dispute was simply negotiations about a severance package. “A new CEO came along with new leadership, so it was probably time for me to go,” she tells us. Two recent accomplishments: She's a contributing author to a book written by 18 commercial real estate women, which will be released in May. She also starts SMU's Cox School of Business Executive MBA Program in August for her graduate degree. 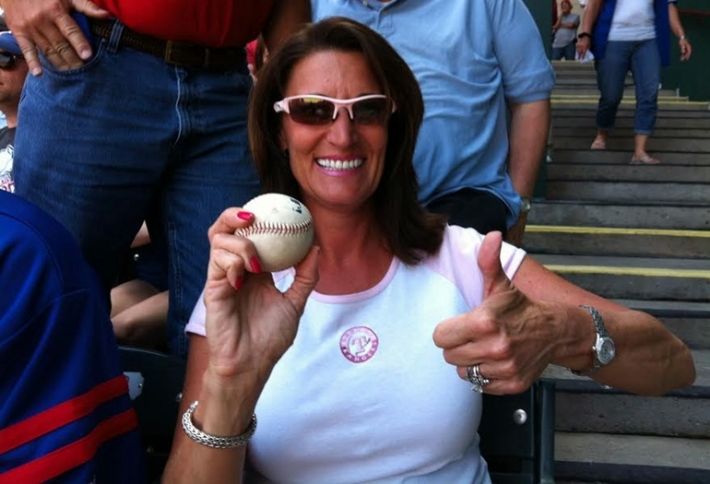 Liz has struggled with Crohn’s Disease—induced by stress—and nearly died several years ago. She had one-half of her colon and three-quarters of her intestine removed and was out of the office for six months. Most of her friends and colleagues were surprised when she returned to work, but it was her passion, she says. She still battles Crohn’s with treatments every six weeks, but she’s past the daily stress and more in control of her health, she tells us. It also didn’t stop her from catching this fly ball at a Rangers game. Her sage advice for up-and-comers: Be patient and learn how to communicate. That starts with maintaining a database of contacts; networking and following up; and don’t rely on email for everything—write a personal thank you note on paper. In her downtime, Liz loves to play golf and run. She also likes to travel with her husband, Randy Smith, who refs Big 12 football games.