Close Up With John Goff 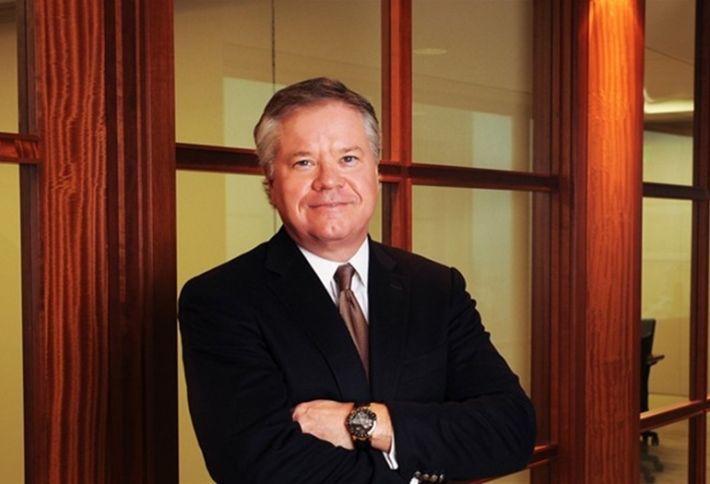 John tells us this development cycle is ripe for new office product—little has been delivered over the last few real estate cycles, for one. In the 1980s, office space doubled across the US, but delivery has been at an all-time low since then. New tenants are demanding the latest in technology and space design and much of the old product can’t service that need, he says. For Crescent, this is a win because the firm has great land parcels and John’s development team has been refined for these kinds of projects. 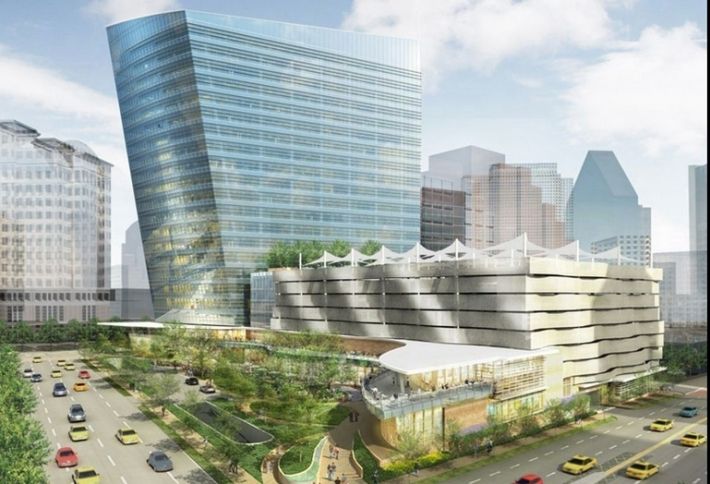 The Class-A McKinney & Olive (pictured), which broke ground in June, is the first commercial building in Dallas to be designed by an internationally acclaimed architect—Pelli Clarke Pelli Architects’ Cesar Pelli—since the 1980s. McKinney & Olive will also feature 50k SF of retail space. Pelli Clarke is design architect; Kendall/Heaton Associates is executive architect; and Beck Group is the GC. 6 Houston Center will be a Class-A office building on the east side of Houston’s CBD, where occupancy is more than 96%. Designed by HKS Architects, Balfour Beatty Construction should break ground on the project this fall. 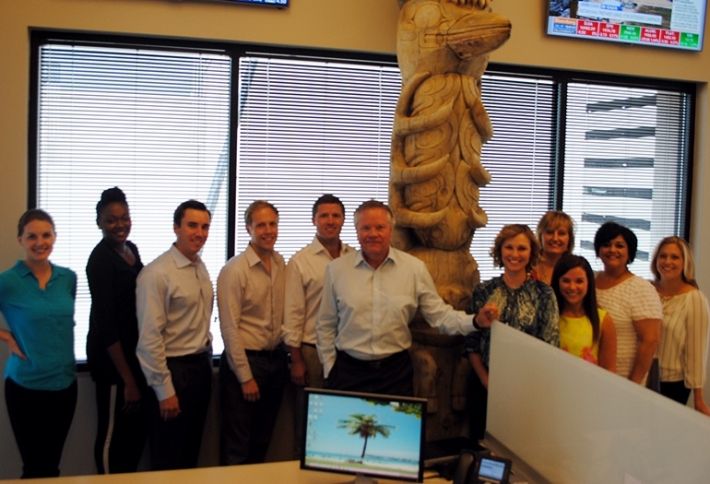 John co-founded Crescent with Richard Rainwater in the early 1990s, took it public in 1994, sold it in 2007 to Morgan Stanley for $6.5B, and reacquired the company with Barclays Capital in 2009. It wasn’t for the same selling price, but still in the billions. Buying the company back was never part of his plan, John tells us. It was all a matter of the right time and the right place; the hardest part was valuing the assets because the economy was in a deep, dark hole without comps. (Here’s John in his downtown Fort Worth office overlooking Sundance Square with part of his team.) 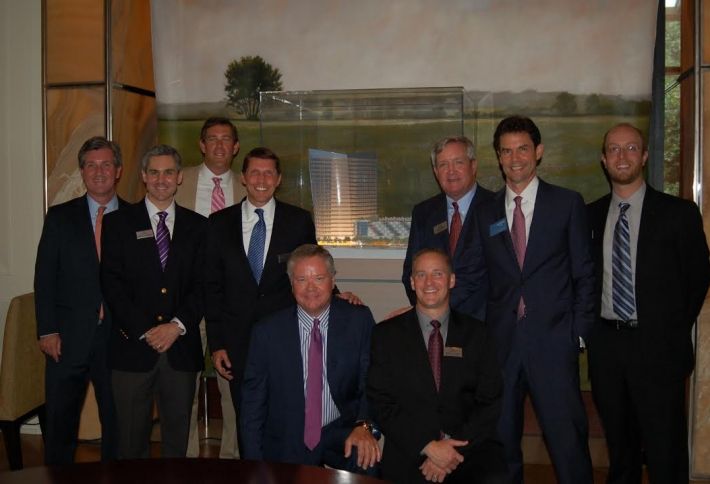 John (here with his McKinney & Olive team) tells us his team is smaller and younger today than in its first incarnation. He likes giving opportunities to the up-and-coming talent to shine. So far, so good, he says. The message he gives them: listen, be patient, and give it time. You can’t immediately make a mark; the smart thing is to work hard and absorb knowledge from those around you, he says. It’s amazing how fast you can grow your skill set and become a meaningful contributor by doing that. Little known facts:  John loves to work out, loves Mediterranean food, and says a bad habit is saying 'yes' too much.