The Long Goodbye: Party In The Food Court As Residents Bid Adieu To Collin Creek Mall

A pre-demolition party at Collin Creek Mall Friday drew hundreds of North Texans who wanted to say goodbye to their favorite childhood stomping grounds and learn more about its redevelopment. 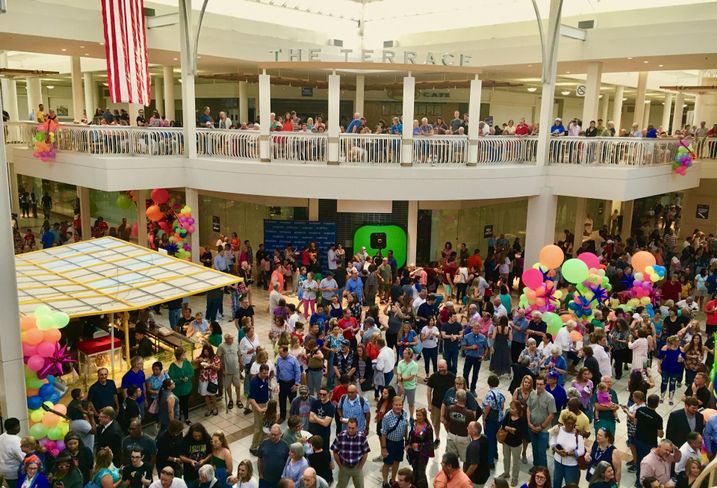 Bisnow
Hundreds of Collin County Mall fans crowd into The Terrace for a final Friday night at the suburban mall.

The 1980s suburban mall is a month away from demolition as part of a $1B mixed-use development project that will bring retail, office, multifamily, hotel and restaurant developments onto the site.

The new development, Collin Creek, will preserve a portion of the old mall to create an open-air shopping corridor.

Moayedi said he is about 90% sure the hotel brand anchoring the future site will be a Hilton, though it isn’t confirmed. He said the city and developer are attempting to woo the best hospitality partners and corporations into Collin Creek.

“I can tell you right now, we deal with Hilton, so we plan on being a carrier of the Hilton Collection, which is a four-star Hilton. This allows us to build the hotel the way we want to build it, the way it fits Plano, and we have control over the design,” Moayedi said. 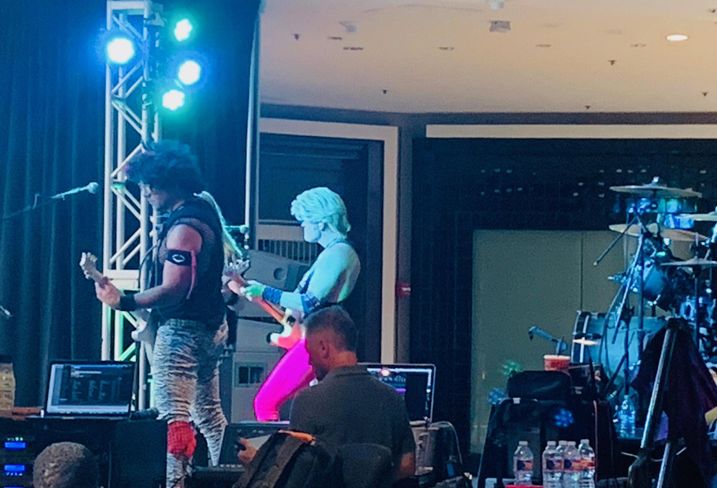 A central food court celebration infused with funnel cakes, popcorn, hot dogs and a 1980s cover band in the background anchored the going-away party and inspired guests to show up in leg-warmers, multi-colored bangle bracelets and neon tights. 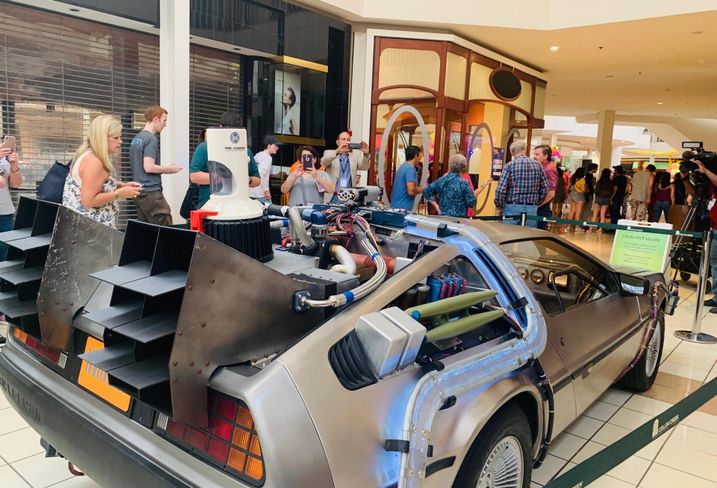 Bisnow
A DeLorean took party attendees Back To The Future.

A DeLorean from the movie Back To The Future greeted guests as they arrived, adding to the nostalgia of those who remember Collin Creek Mall’s heyday in the 1980s.

“I created a Facebook group for the mall called Collin Creek Mall: An Era Gone By Public Group, and through that group a lot of people decided they wanted to have a celebration to say goodbye to their precious mall,” area resident Hava Johnston said. “I guess through all of our prayers and comments, the developers decided to have this awesome party for us, so we are here tonight to celebrate with them and say goodbye to the past and hello to the future.”

“My second job was at Sears down here. A lot of my friends, you know, these were our first jobs back in 1981 and 1982,” area resident Bill Alston said. 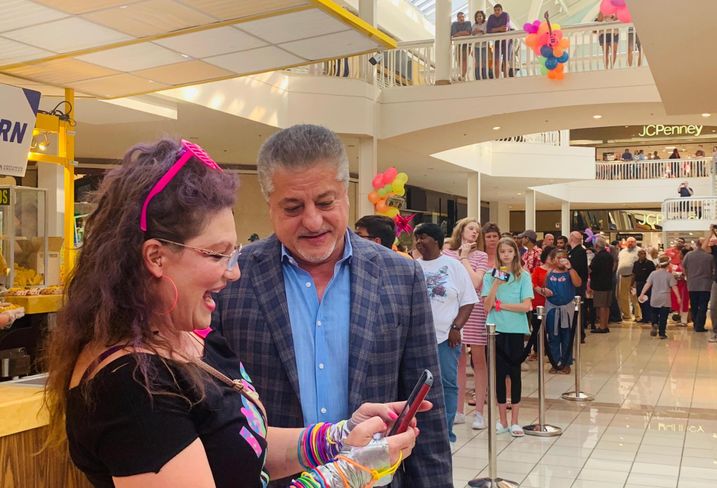 For Collin County residents who moved to Plano from other areas, Collin Creek Mall often served as their welcoming pad.

“It’s the first mall I went to after I moved up here from Nacogdoches, and I definitely love this mall and I hate to see it pulled down,” Plano resident Alexander Morrow said. “We were both just reminiscing about us hanging out here all of the time.”

Longtime Richardson resident Sandy Lauder remembers discovering the mall after returning with his family to the area in the late 1980s. It has been a hangout for three generations of his family, including his grandkids.

“This is where we would take them [our grandkids],” Lauder said. “It’s a great place for kids to hang out. My wife loved it. Everything was here: Macy’s, Sears, JCPenney, the whole nine yards. We love Collin Creek Mall, and we hated to see its demise, and we are looking forward to seeing what the future holds for this facility.” 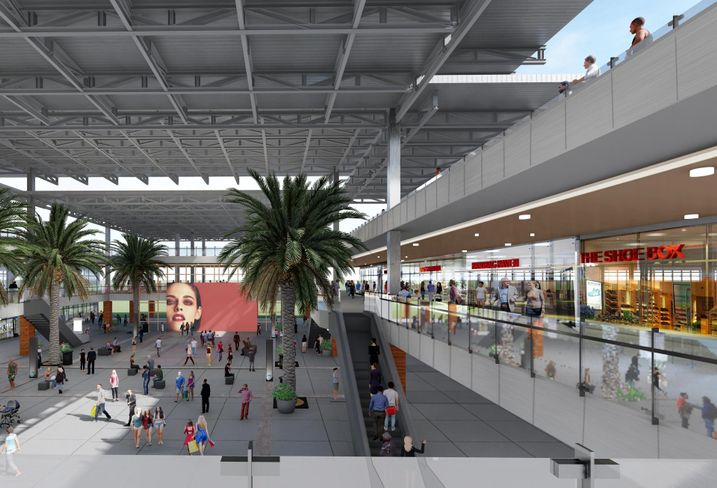 Courtesy of Centurion American
A rendering of the future shopping center at Collin Creek.

Despite the love Collin County residents have for Collin Creek Mall, citizens have been largely supportive of its restoration, which is expected to prompt rapid development alongside U.S. Highway 75 in Plano.

“This is the era of Plano 4.0,” Plano Mayor Harry LaRosiliere said. “It’s a rejuvenation of our city, and this will be a catalyst for the entire 75 Corridor."

“In terms of the multifamily, the townhomes, it’s going to attract young professionals. Some of them may be just across the highway at State Farm, for example, but the density will be there and that will be prime opportunity for us to attract businesses on this side of town.” 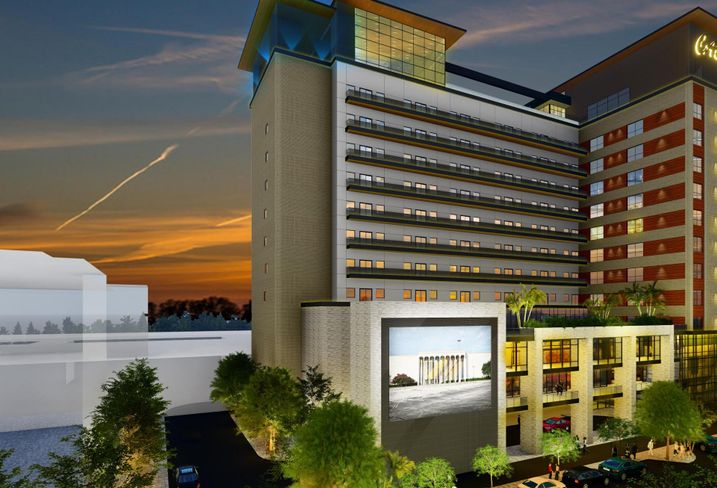 Courtesy of Centurion American
A rendering of a future high-end hotel at Collin Creek.

Legacy West is almost tapped out in terms of developable acres, with only about 12 acres remaining, LaRosiliere said. That factor alone makes Collin Creek the next hot spot for office development in Plano.

The mayor anticipates the approximately 1.3M SF of office space planned for Collin Creek will create up to 4,000 jobs.

“I think what I want to emphasize is this mall here is a redefinition of our Downtown, and it becomes the western boundary of our Downtown and is what we anticipate to be the catalyst for a lot of things going in what we know as Downtown now," LaRosiliere said. 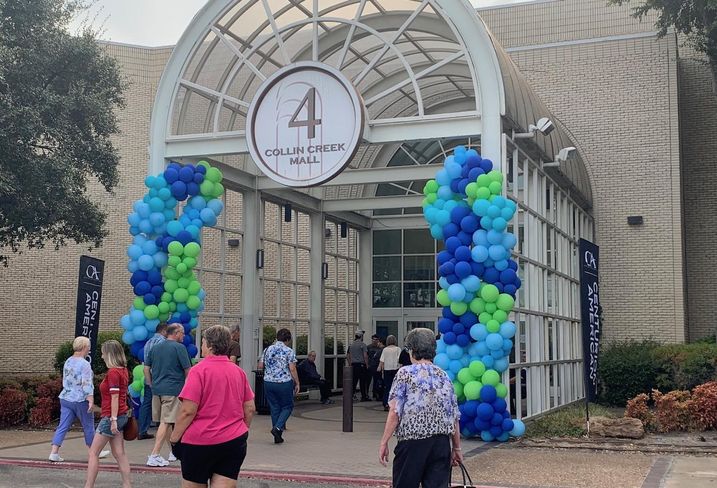 The mall as residents have known it for close to 40 years will remain standing for another 30 to 45 days. Then, demolition is set to begin on portions of the property.

“Every chapter has to end, and it’s going to start over with a brand-new one, and I’m excited to see what that new chapter is going to hold,” Johnston said.