Cricket, Anyone? Allen To Get First Of 8 Stadiums Planned Nationwide 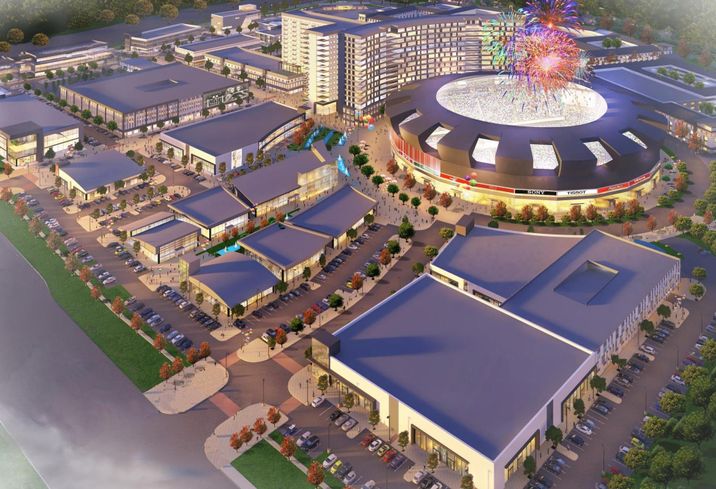 Thakkar Development
Thakkar's 121 Corridor mixed-use plan prior to the removal of the cricket stadium.

Thakkar Developers, in collaboration with The CricRealty Co., will build a 15,000-seat cricket stadium and 80-acre mixed-used development in Allen, a booming suburban city north of Dallas.

The 15,000-seat stadium is part of a larger development called Allen Sports Village, which will feature more than 500K SF of Class-A office space, 1,000 residential units, 165K SF of retail and restaurants, a training center, an events center and two hotels.

The stadium is one of eight that are planned nationwide and the first city in which a site has been announced.

The city of Allen is working with the developers to finalize an economic incentives agreement to support the project. No details on incentives were provided.

Cricket is the second most popular sport in the world, said Sam Thakkar, CEO of the Perfect Group of Business, which includes Thakkar Developers.

Thakkar said there are an estimated 20 million cricket fans in the United States, and the growing Indian-American population and increasing international community in North Texas makes the Allen Sports Village a perfect location for professional cricket.

JLL’s David Demarest, out of the Atlanta office, is leading the national effort to develop the initial eight cricket stadiums, while JLL’s Michael Swaldi and Nick Hayden led the North Texas site-selection effort and initial discussions with various municipalities and negotiated the sale of the Allen property.

“JLL exhaustively surveyed the North Texas metro area for the right city, and the right site," Swaldi told Bisnow via email. "We were not expecting to also find the exact right land owner/partner for our client. We are so fortunate to have connected with the Thakkar organization. Their deep experience with their media companies, event companies, and strong existing real estate development capabilities, just made them the standout partner for our client. We clearly found the right city as well. Allen has been outstanding and creative throughout this process. We are very pleased with the direction this project is taking.”

In Atlanta, an ailing mall in the suburbs was identified last year as a possible site for a cricket stadium.

"We're thrilled to enter into this private-public partnership with the developers to bring this unique project to Allen," Allen Mayor Stephen Terrell said. "With a new international visitor base, we look forward to a big boost in tourism spending — which benefits businesses and residents alike."

In addition to professional cricket, the multiuse stadium will also be suitable for other sports, concerts and special events.

Construction is expected to begin in 2019 with the first phase, which will include the stadium. The stadium is scheduled for completion in 2021.