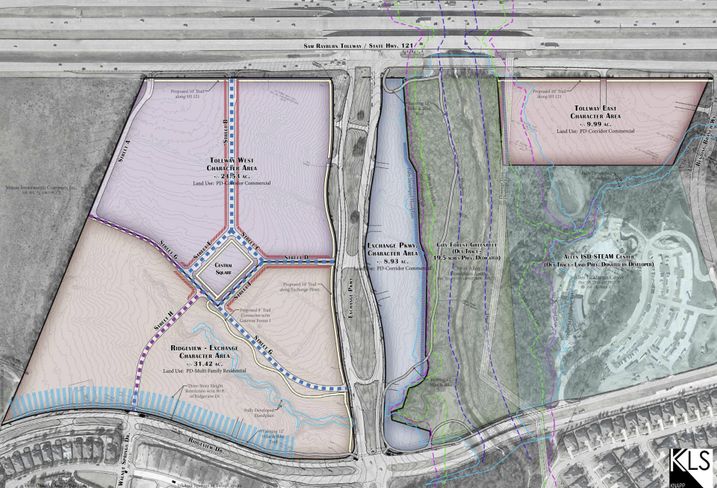 Courtesy of Knapp Land Solutions
A map of the Allen Gateway project in Allen's 121 Corridor.

With the city's approval last week, developers intend to break ground this year on a 12-story office tower developed by Cope Equities, a 12-story Plush Suites extended-stay hotel and the first phase of 1,700 urban residential apartments.

"The utilities are already [built] into the site, so we are ready to start development almost immediately," Hicks said.

The project is looking for a multifamily partner to construct four phases of urban residential product. Hicks hopes to start with 400 apartments this year and build up to 1,700 units over time.

"Quite a few developers are looking for sites, so we are going to pick the best  to help us see our vision through for the project," Hicks said.

Hicks pulled the plan together with the help of Knapp Land Solutions' James Knapp, who oversaw the development's land planning, entitlements and zoning.

The Allen Gateway assets set for groundbreaking in 2020 will occupy roughly 25% of the site, leaving 50 acres for future uses.

Discussions are already underway for a second, garden-style office building and a few restaurant concepts.

While multifamily mixed-use projects continue to stir controversy in the North Dallas suburbs, Allen's City Council praised Hicks' project for its ability to bolster the city's commercial tax base and activate a key part of the 121 Corridor.

The project passed with virtually no city council or public pushback despite the same council voting down a retail-multifamily development along U.S. Highway 75 last year.

Council members credited the Allen Gateway plan for providing an appropriate balance of mixed-use product while preserving green spaces to maintain the area's connection to nature. 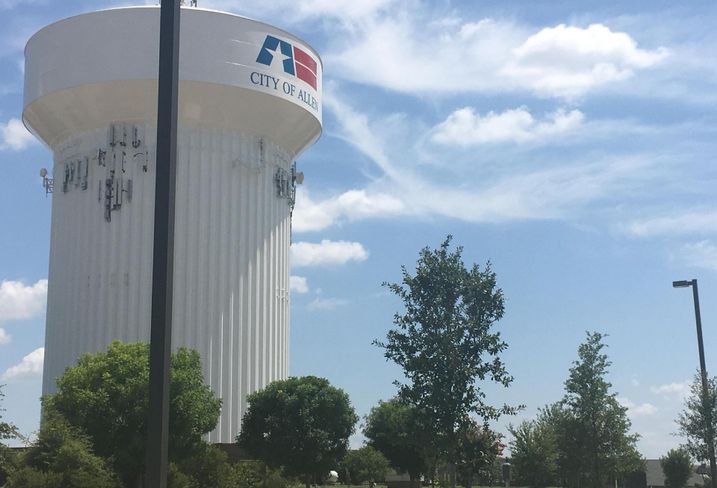 Bisnow
Incorporated as a town in the early 1950s, Allen has doubled its population in the past 20 years.

"Office employers seek a true live-work-play environment to support employee recruitment and retention, and Allen Gateway is planned for just that."

Another large mixed-use project that would have brought office into Allen, Monarch City, is up in the air after its developer, The Howard Hughes Corp., said it would abandon its plans and sell the site amid a corporate restructuring.

Allen Gateway is one of the last chunks of land within the larger Twin Creeks development that launched in the early 1990s.

Hicks estimates Twin Creeks has another 100 acres left for development, but Allen Gateway is the final chunk near 121 still available for the highest and best use, Hicks said.

"It's directly across from Craig Ranch at the improved Exchange Parkway and 121 Interchange, so being adjacent to the Allen High School Steam Center and the Collin College Technical Campus, which is a [future] campus for 5,000 students, the development has already started there and our infrastructure is already in place," Hicks added.

CORRECTION, Feb. 3, 1 P.M. CT.: A previous version of this story misstated the name of U.S. Highway 75 in Allen. This story has been updated.