Why 2619 McKinney Is Key to Millennials

Dallas is in the infancy of a global re-urbanization trend, and the construction of the 20-story mixed-use One Uptown is just one poster child. We'll discuss what this means for your projects at Bisnow's Dallas Construction & Development event at The Berkshire at Preston Center on Dec. 11, starting 8am. Join us! 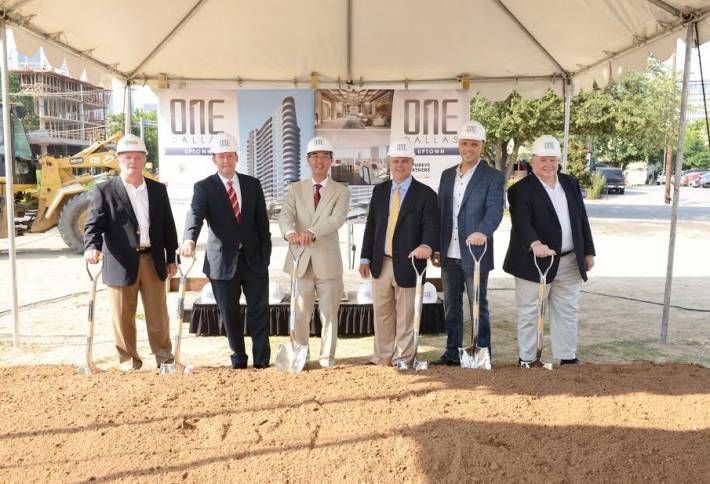 USA Infrastructure Investments principal Paul Cheng (beige suit, at the groundbreaking for One Uptown) partnered with Stoneleigh Cos on the high-rise at 2619 McKinney Ave. The 198-unit luxury apartment project (with a 475-car underground garage and 18k SF of retail and restaurant space) should be ready by May ’16. He’s confident in One Uptown because, unlike suburban development in Texas, there’s a finite amount of redevelopment sites, and there are only 2,000 to 3,000 apartment units coming in the next two to three years. “That’s a drop in the bucket for 7 million people in the region,” he tells us. Paul says this site is the heart of Uptown, where Big D’s re-urbanization is taking place right now. 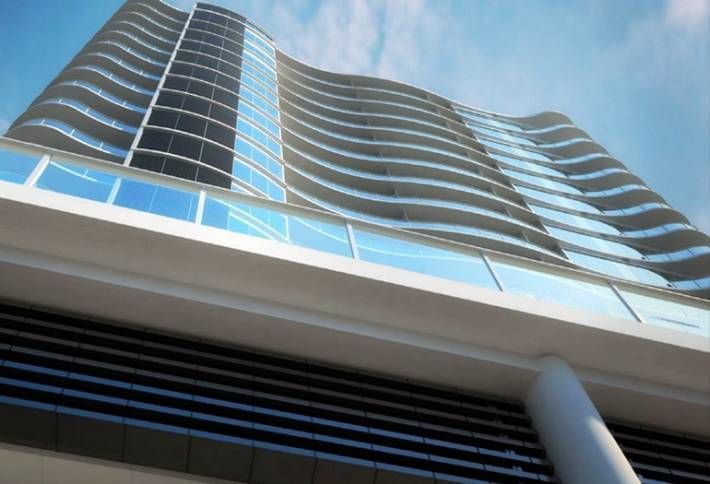 We have a new world, Paul tells us, where young people want to live next to each other and be more social.” It’s inevitable that the re-urbanization trend will occur in a region of 7 million people on its way to 10 million. There are few thriving cities worldwide that don’t have a lively urban downtown. He’s also taken a different approach to the design of One Uptown, working with architect Phillip Shepherd (who worked on it with Humphreys & Partners Architects). There are a lot of modern curves, which Dallas hasn’t seen much. 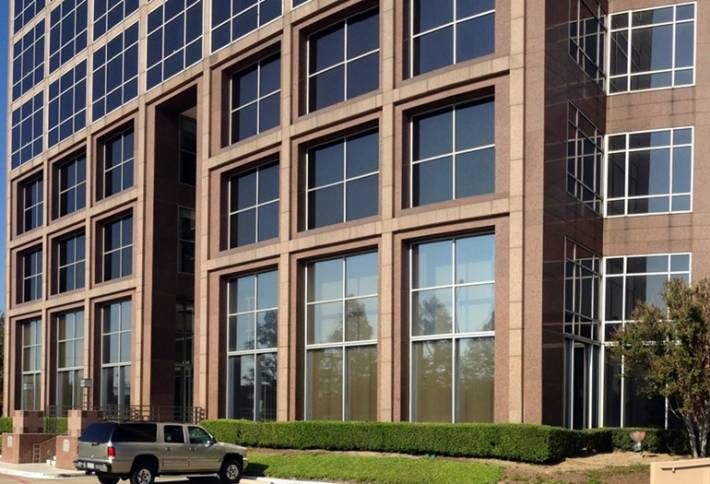 Paul has developed more than $1B of commercial and residential projects since 1978 including the original Ericsson building in Richardson, the Meadow Park Tower (also once known as the Hotels.com building, pictured) in Dallas, and Pacific Center at the Tollway and Spring Valley, as well as about 25,000 multifamily units across the country. When he’s not working, he likes horse racing and owns some horses, too. He likes to travel to Hawaii and has a few investments there, as well, he tells us. 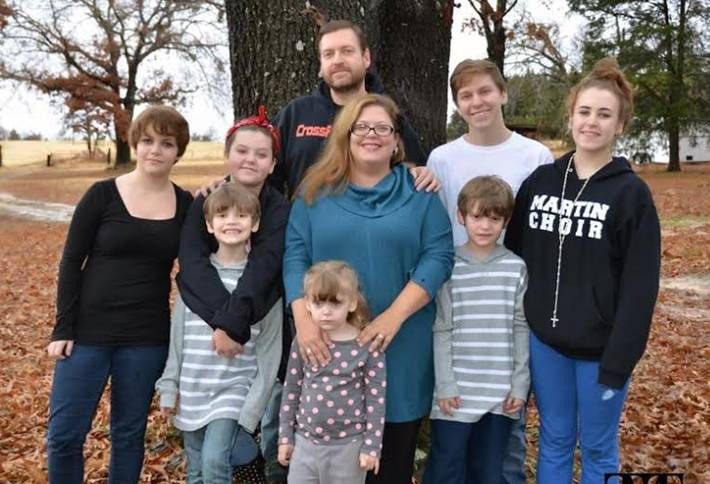 The move to a more social environment is also prevalent in the workplace, says Transwestern project management ace Marc Allen (pictured with his family at Thanksgiving). The desires of recent college grads are vastly different from those who started working after World War II. Instead of staying somewhere for 20 years, today’s workers want to build their own personal (and portable) brand. Employers have to create a place where these staffers feel like they’re improving, as well. It’s more than aesthetics, he says. It has to be somewhere where they can cross-collaborate. 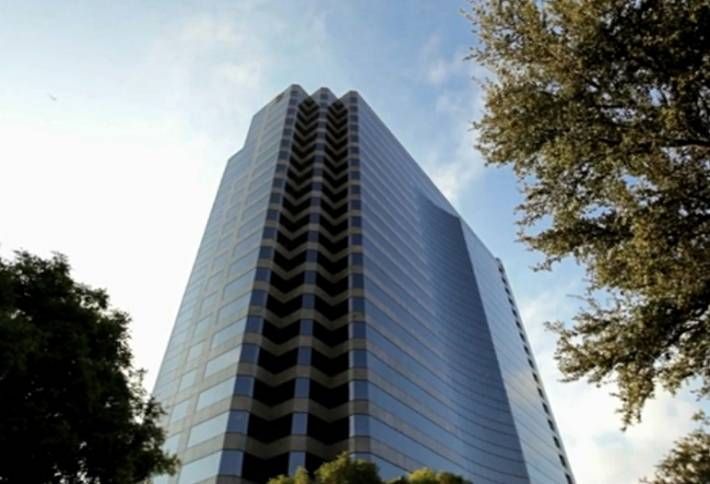 His team handles about 50 tenant rep projects annually and has $100M of construction projects in process. He’s wrapping up Susan G Komen’s consolidation into two floors at its global HQ at 5005 LBJ Freeway in Dallas. The team had to look at how the staff works now, as well as how employees will be working 10 years from now. There are also the challenges of keeping staffers connected with the company culture as the workforce becomes more mobile. Ten years ago, the main concern was location and lease rates. When he’s not finishing out spaces, Marc spends a lot of time helping his children with homework, ranging from elementary to middle to high school. 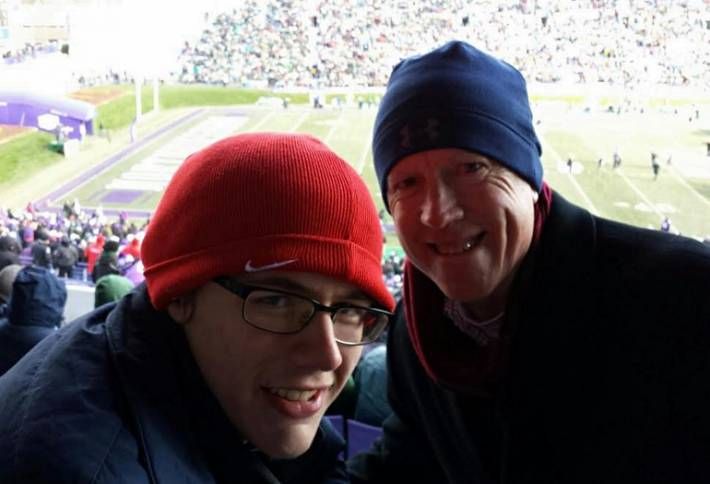 KDC EVP Don Mills (here with son Clay during a college visit to Northwestern) co-manages KDC’s design and construction group and tells us this is among the busiest construction cycles that he remembers. State Farm alone has massive projects in Richardson (2M SF) and Atlanta (585k SF). 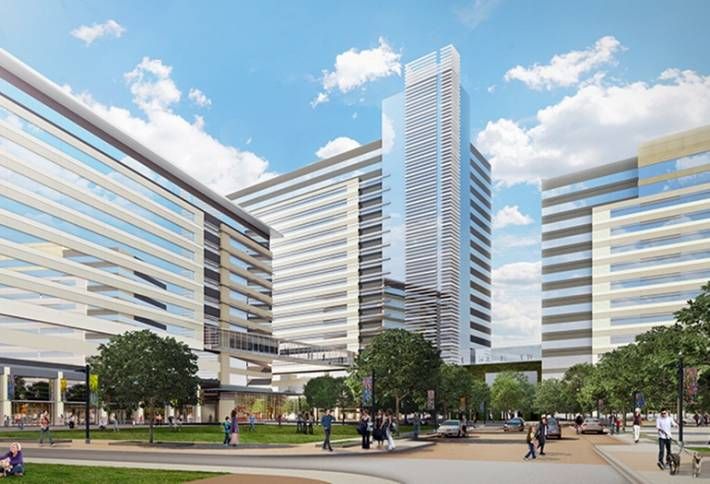 Keeping a lid on the budget may require buying materials earlier than needed or switching materials entirely, Don says. KDC's approach has been to focus on build-to-suit development. When not overseeing construction projection, Don spends a lot of time following his son’s lacrosse games. Find out lots more at Bisnow's Dallas Construction & Development event at The Berkshire at Preston Center, Dec. 11, 8am. Sign up here.