Is 121 the Next Platinum Corridor?

Nebraska Furniture Mart's almost 1.9M SF project has us excited (just the thought of that many coffee tables in one place), but it's just one of many projects happening now around The Colony. Here's why the four-mile stretch of SH 121 from Dallas North Tollway west to Main Street may just be one of the busiest development corridors in the Metroplex. 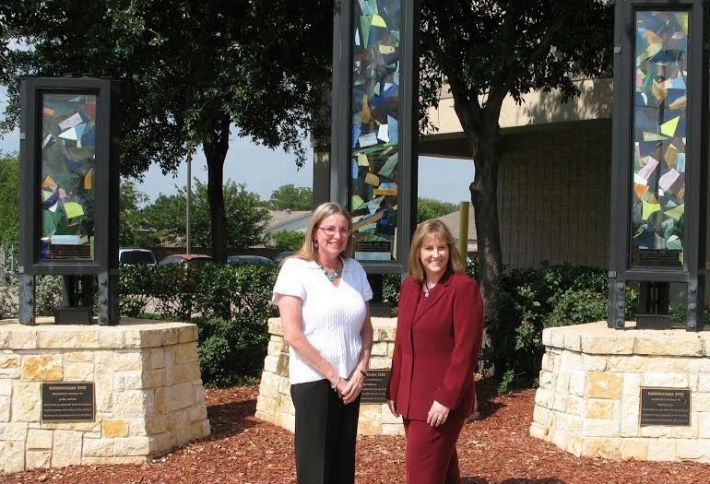 NFM has been a catalyst for the boom, but growth was well on its way before it started construction in 2012, says The Colony EDC director Keri Samford (right, with EDC specialist Cindi Lane). TopGolf announced its arrival before knowing NFM was coming, but announcements have blossomed since, she says. The Colony’s proximity to DFW Airport, access off the Sam Rayburn Tollway (ie 121), as well as the quick drive to I-35 and the North Dallas Tollway all contribute, she says. Within the last two years, most of the tracts have been purchased or are under development, Keri tells us. There are some sites available and plenty of opportunities on the north side of 121. 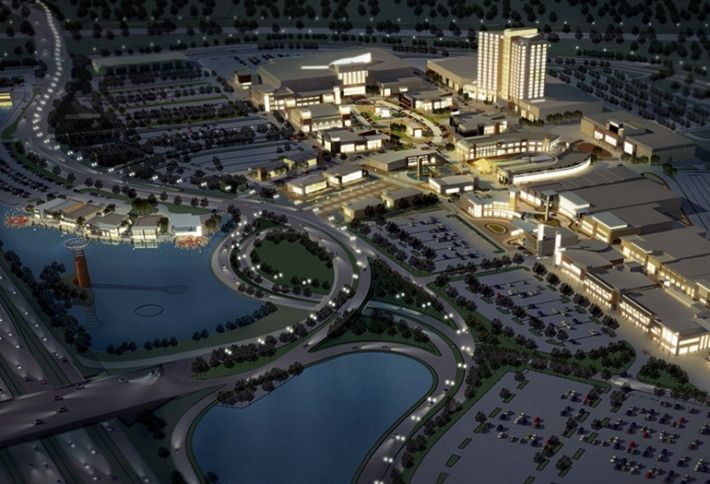 The south side of 121 will be the Grandscape mixed-use project (rendered here) with NFM at the heart of it. It will serve as a grand entry to The Colony. Once completed, it will stretch across 433 acres with 3.9M SF of retail, entertainment, dining, hotels, and attractions. Also in the works in The Colony: a Cheddar’s restaurant, a Marriott Courtyard to join two existing Marriott properties, as well as a Luby’s and another concept (we’re hoping for a Cheeseburger in Paradise). Rooms To Go is building its flagship (and largest store in its chain) on South Colony and SH 121. There’s an In-N-Out Burger at 121 and Plano Parkway under construction, too. 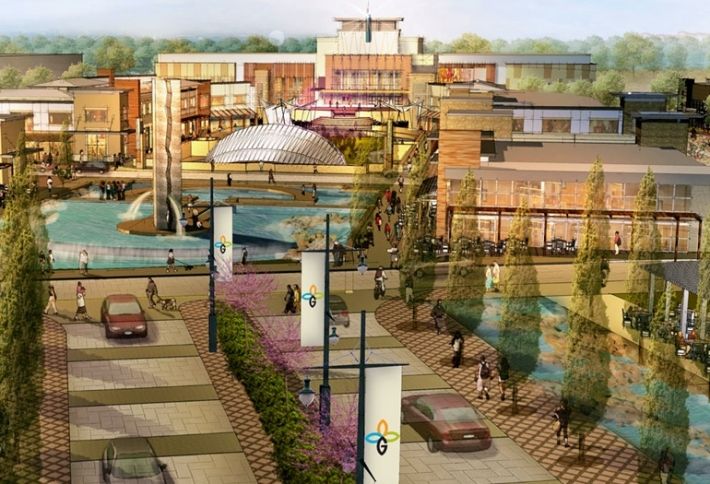 The 560k SF NFM retail showroom (the remainder of the 1.9M SF is warehouse and distribution) opens in March as part of Grandscape, backed by Berkshire Hathaway (with the Warren Buffet Midas touch). NFM is a destination with people traveling hundreds of miles or even coming for a weekend to shop, Keri says. To meet the increasing traffic demands, infrastructure improvements include adding a double diverging diamond over SH 121 at South Colony Boulevard as well as connecting other streets and overpasses along the SH 121 frontage road. That should all be completed by Q1. 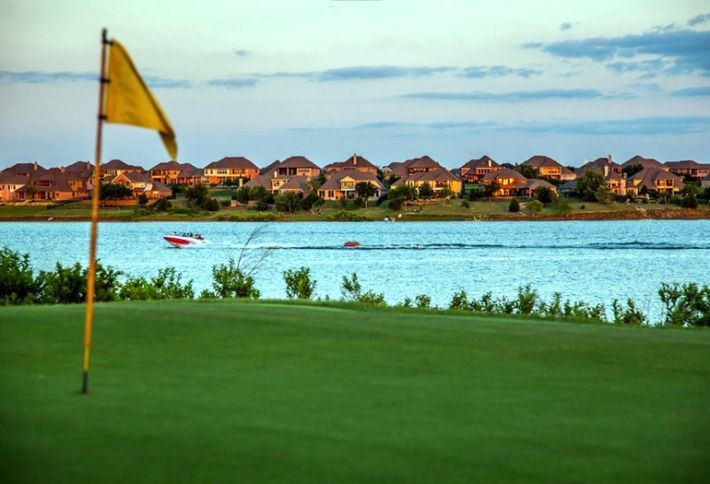