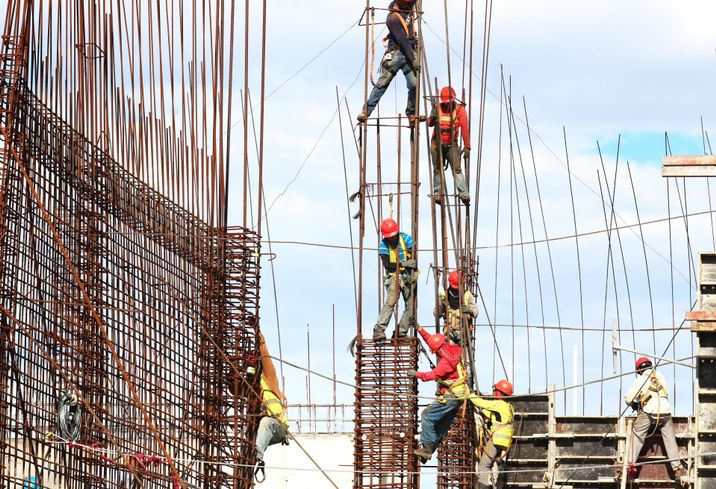 Just as architecture styles spread and fade, so do trends in commercial construction. Right now, the fastest-growing and most popular construction method in the U.S. is the design-build approach, where owners work with just one point of contact to both design and construct a project.

While many contractors claim to have mastered design-build, ARCO/Murray principal Jason McLaughlin believes that a true design-build firm is one that has the internal resources necessary to not only get the job done, but to also provide a preliminary design that is both delivered quickly and accurately, which, in turn, allows clients to make informed decisions about projects.

“To me, a design-build firm needs to have the right resources to quickly provide comprehensive due diligence on each project,” McLaughlin said. “The goal is to fully analyze a project to a point where you can confidently offer a firm, lump-sum price before money is spent on design.”

McLaughlin brought up a recent project — a client was looking to build a high-hazard facility to store epoxies and other hazardous chemicals. ARCO/Murray, a Dallas-based contractor, was competing for the contract with three other firms.

“The problem was that this was a highly conceptual, complex project and the other companies weren’t willing to risk spending the money and manpower to do the research it would take to give the clients an accurate design and budget,” McLaughlin said.

He said ARCO/Murray hires project managers with engineering backgrounds so they can present their clients with the most thorough, accurate solutions. With this particular project, the engineers created conceptual drawings of the facility long before they had been awarded the contract. Then they showed the drawings to local officials to see what restrictions the facility would face, then worked those costs into the budget.

While other bidders insisted that the client pay them before they would do any background research, ARCO/Murray conducted all the research on its own dime. To McLaughlin, all the money and effort the company puts into its initial research is worth it if his team is able to give clients a thought-out, transparent plan with an accurate budget they can trust.

He added that the key to ARCO/Murray’s success lies in the nature of the design-build process. In the design-build method, one company manages every aspect of a project, from the initial planning and design phases to the final ribbon-cutting, instead of each phase getting handed off to various subcontractors working independently. McLaughlin believes that with this model, a project's timeline moves faster, price increases or change orders due to coordination issues are minimized, and overall costs are lowered.

“Design-build is the lowest total cost solution,” McLaughlin said. “When you factor in the time and resources you save from not having to micromanage the planning and spec process, there’s really no comparison to other methods.”

Once ARCO/Murray was awarded the project, the company continued to offer the client full transparency. Every time McLaughlin’s team was presented with a new request, from a mezzanine off the second-story office to new electrical components, they determined a new price before making the change so the client could know how much it would cost and make a decision accordingly.

“It’s our goal to be a trusting partner for our clients, and a big part of that is showing them exactly why something costs what it costs so there will be no surprises,” McLaughlin said.

The results, according to McLaughlin, have been an impressive facility and a very satisfied client. He said the client had been working with another contractor to build an identical facility, and ARCO/Murray was able to complete the project three months faster than its counterpart.

“They have already asked us to start working on Phase 2 to deliver in the next year or so,” McLaughlin said. “We’re excited to take on the challenge.”

This feature was produced in collaboration between Bisnow Branded Content Studio and ARCO/Murray. Bisnow news staff was not involved in the production of this content.