Sam Moon Group Is Back With Another Luxury Hotel: A JW Marriott In Downtown Dallas 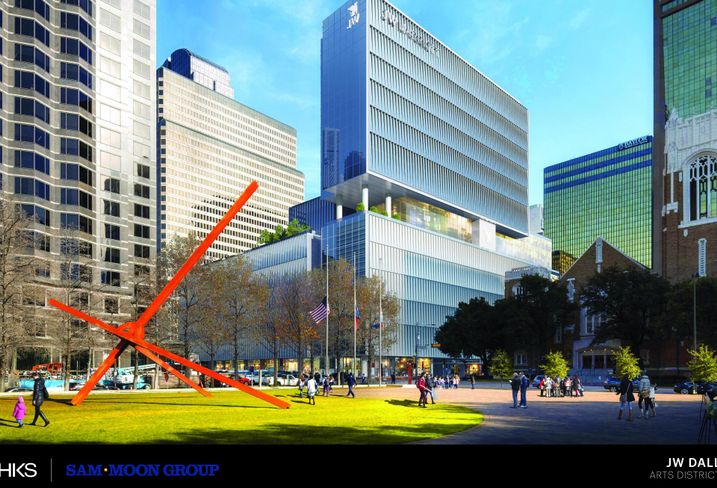 The firm will construct a JW Marriott hotel in Downtown Dallas at 2000 Ross Ave., making it the first time this particular Marriott brand has flown its flag Downtown.

The 15-floor hotel is expected to offer a 10-level parking garage, a grand ballroom alongside meeting and event space, a luxury spa, a restaurant, a fitness center and a rooftop pool deck and bar.

“The location of the hotel and its walkability to nearby city attractions, offices, restaurants and entertainment venues, along with the hotel’s resort-style amenities, food and beverage options and luxurious rooms beginning on the 14th floor with sweeping views will draw visitors and residents to the area,” Sam Moon Group Vice President and General Counsel Danial Moon said in a statement.

Guests and visitors also will enjoy a restaurant within a sky lobby on the 11th floor with views of the Dallas Museum of Art.

Interior designer Looney & Associates is working on the hotel's interior, which will eventually feature modern lines with touches of nature, according to the Sam Moon Group.

HKS is the architect of record.

Sam Moon Group intends to pick a general contractor of record in the first quarter of 2020, with the project expected to open in February 2022.