Stonebriar Centre, a mall that opened 19 years ago in Frisco, is set to become ground zero for today’s experiential retail craze with developer Sam Moon Group building its luxury 303-room Hyatt Regency Stonebriar hotel attached to the mall and the center set to become home to the first Texas-based KidZania location. 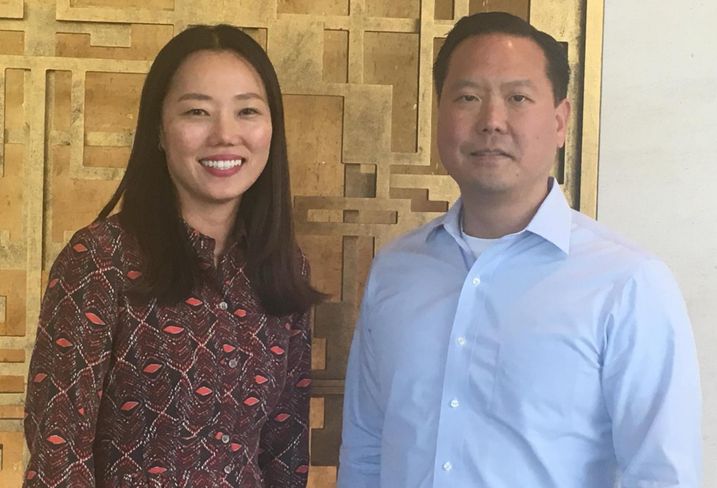 KidZania, founded in Mexico City in 1999, is a massive outlet where 1,500 to 2,000 kids can roam through a mock city, taking on numerous jobs like aircraft pilot, radio host or surgeon to keep the city running. It is a city for kids run by kids, and already a successful driver of experiential retail traffic in markets like Japan, where 1.2 million visitors pass through the country's local KidZania each year.

Bisnow sat down with Daniel Moon, vice president and general counsel with the Sam Moon Group, and KidZania Chief Marketing Officer Suzie Tsai — both of whom will be speaking at the Bisnow Platinum Corridor event Nov. 7.

Tsai and Moon forged a synergistic alliance inside Stonebriar Centre with the goal of creating a type of experiential retail concept on steroids.

Moon points to the convergence of the retail and hospitality space as a basis for picking Stonebriar Centre in Frisco as the site of his company’s Hyatt Regency development.

“What you are seeing is consolidation in retail, and so you are not seeing brands in every neighborhood,” Moon said.

Instead, he said, retailers and hospitality companies are focusing on where the strongest collection of retailers are located in a city to determine the best location for their own sites.

Moon and his family know this trend well.

The Sam Moon Group built its reputation in Frisco in front of Stonebriar Centre nearly two decades ago with a catchy retail center filled with accessories and other consumer goods. Moon is still confident in the area's retail and corporate traffic.

“In the Dallas market, NorthPark Mall and Stonebriar are the two strongest retail areas,” he said.

Attaching Hyatt Regency to Stonebriar Centre was the best way to link the hotel to a strong retail hub and create additional demand for the future hospitality site, Moon told Bisnow.

Sam Moon Group also built the Renaissance Hotel in Plano because of the suburb's bandwidth when it comes to corporate development and business traffic.

“There are more Fortune 500 company headquarters [in the Platinum Corridor] than there are in Downtown Dallas,” Moon said. “But, the other unique thing about here is there is still a lot of room to grow. That’s why you will see all up and down the Platinum Corridor more offices coming in, multifamily, hotels, retail and restaurants. You have opportunities to create new and exciting live-work-play developments.”

Courtesy of KidZania
KidZania lets kids have fun exploring a fictional working world without their parents.

Tsai, who hopes Frisco's KidZania will pull in 500,000 visitors its first year, also found a natural synergy between her destination for kids and Sam Moon's hotel development. It is the first KidZania to open in Texas but in other markets it is a popular concept for malls trying to drive retail traffic by providing unique family experiences.

“There is definitely a lot of demand from these malls that are trying to revamp and revitalize what they are doing and trying to attract a concept like KidZania to come,” Tsai said.

Having a luxury hotel attached to the same mall provides ease to the total consumer experience.

“It’s going to be so convenient for the families,” she said of the hotel. “Even though there are lots of hotels nearby we think just being connected to the mall makes sense. If parents are staying at the mall, we can give them so much freedom. You are allowed, if your kid is 8 and up ... to leave [them] inside KidZania by themselves, and there is only one way in and one way out. They all have RFID bracelets to track them and check them in.”

Kids can roam around KidZania while their parents leave to “go to a spa, go out to eat or go back to the hotel room to take a nap. It just becomes such a better travel experience,” Tsai said.

KidZania opens in Frisco prior to the Thanksgiving holiday while the Hyatt Regency Stonebriar is slated for opening next spring.