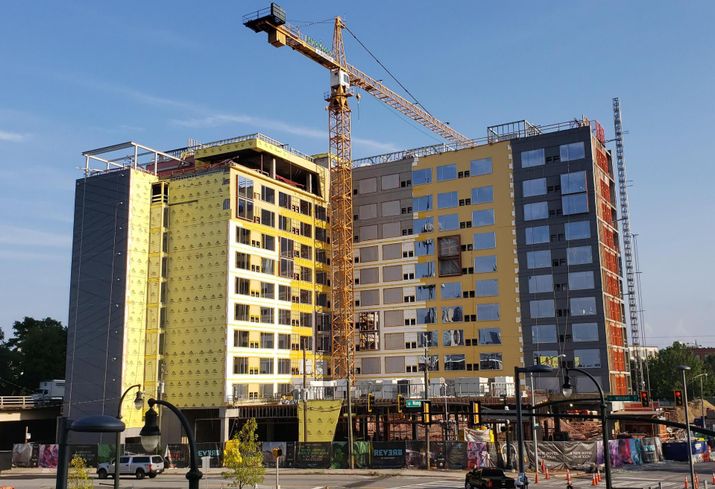 Courtesy of HALL Group
Construction of The Reverb Hotel in Atlanta

It's a tough time for hospitality developers. Financing for hotel properties dropped 25% during the first nine months of 2018, more than it did for any other type of property. Banks, in particular, are pulling back their exposure to hospitality lending, leaving aspiring hoteliers searching for alternatives.

A few private lenders, some born from the development industry themselves, are stepping in to provide the liquidity that banks won’t. One such lender is HALL Structured Finance — a subsidiary of development company HALL Group — which has closed $170M in hospitality construction loans so far in 2019.

“We look beyond what traditional lenders consider when deciding whether or not to finance a hotel,” HSF President Mike Jaynes said. “Our parent company is a developer, so we have unique insights into the struggles developers are facing today.” 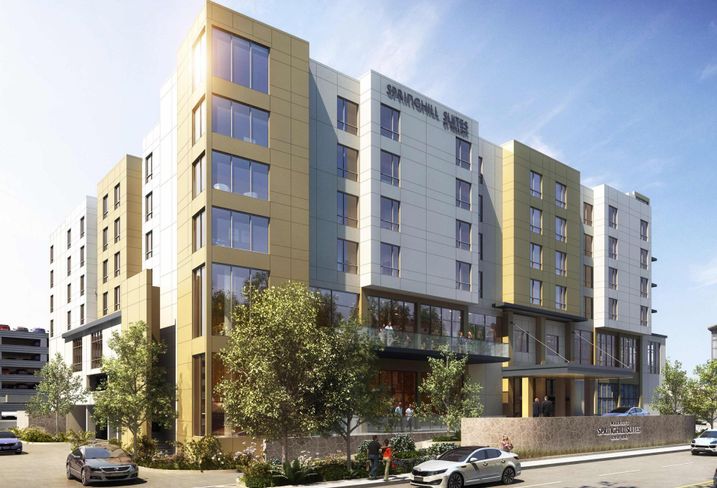 Courtesy of HALL Group
A rendering of Springhill Suites in Boston

In the past year, HSF has financed hotels across the U.S., including Atlanta, Boston and Scottsdale, Arizona — which included three very different properties with one thing in common: They were experiencing difficulty securing creative financing. HSF was able to help.

HSF’s approach has enabled them to work with a wide range of hospitality projects, from small boutique properties to large, luxury brands. Bisnow recently spoke to Jaynes about the lending challenges hospitality developers are facing and how HALL was able to solve those challenges for these three distinctive properties.

Bisnow: Why is it so difficult for hospitality developers to secure a loan?

Developers who don’t already have a strong relationship with a bank have an especially difficult time pinning down financing, as do developers who are looking to build smaller, boutique hotels. Lenders are most interested in working with well-established developers building strong flagged hotels in major markets. 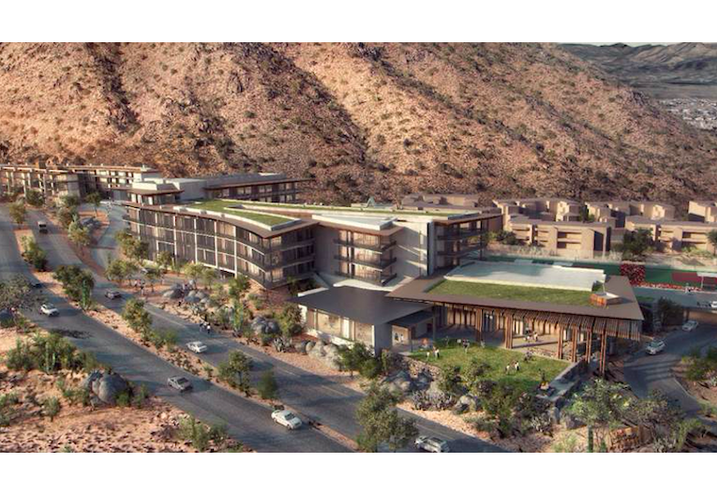 Courtesy of HALL Group
A rendering of the Marriott Autograph in Scottsdale, Arizona

Bisnow: Tell me a bit about the Scottsdale, Atlanta and Boston hotels you recently financed and why they turned to alternative lending.

Jaynes: The three hotels are the SpringHill Suites in Revere, just outside of Boston, the Reverb Hotel in Downtown Atlanta and the CopperWynd Resort in Scottsdale, which is being expanded and added to Marriott’s Autograph Collection.

All three are in excellent locations, but they are very diverse properties. SpringHill Suites is an all-suites hotel by Marriott, positioned to cater to the upper-moderate lodging segment. The Reverb in Atlanta is a music-themed project from Hard Rock Hotels that is more upscale containing more amenities.

The Autograph Scottsdale Resort, meanwhile, is a luxury hotel. While the first two projects were ground-up construction deals, this was an existing resort that already had a number of amenities, including pools, tennis courts, an extensive fitness center and the acclaimed Flourish restaurant. We provided financing to the developer to secure funding to upgrade and expand the hotel. 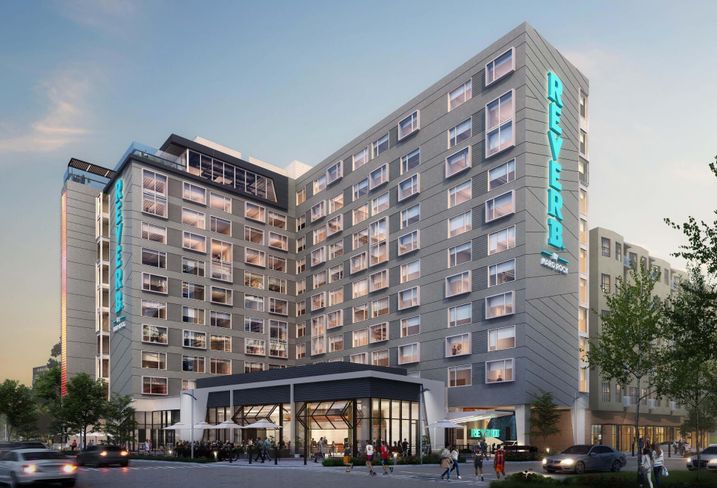 Courtesy of HALL Group
A rendering of the Reverb in Atlanta

While each of these hotels is different, all three had hurdles they needed to overcome to secure financing. The SpringHill and Reverb projects were sponsored by foreign nationals, and it can be very difficult for them to get loans in the U.S., while the sponsor behind the Autograph had a limited background in construction. The Reverb is also a brand-new flag, and some lenders are wary of working with unestablished franchises. The SpringHill Suites hotel was a speed-to-close transaction because of the booming market in Boston.

We came in and saw that each of these projects had strong teams behind them — including experienced general contractors and architects with deep backgrounds in hospitality construction or design. This, paired with the excellent locations of the hotels, encouraged us to structure loans that would work for each developer.

Bisnow: What approach do you take when structuring loans for different projects?

Jaynes: When it comes to finalizing a decision of the loan exposure (loan-to-cost) HSF is willing to take, we will typically be more aggressive with limited service hotels that have a strong, well-known franchise behind them.

This doesn’t mean we’re not open to other types of projects, but for independent hotels, we would be more conservative regarding loan-to-cost and requiring more equity from our borrower upfront.

Providing construction financing for hotels can be a challenge. We strategically focus our organizational efforts toward diversifying our on-book portfolio, based upon geographic location and portfolio product type, which is why we pride ourselves on working on such a wide variety of projects. We’re very well-versed in the world of hospitality development and we have the expertise and the established industry relationships needed to help these hotels succeed.

This feature was produced in collaboration between Bisnow Branded Content and HALL Structured Finance. Bisnow news staff was not involved in the production of this content.