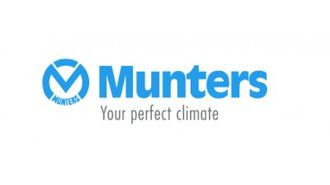 Data Center Solutions Are Steering The Future Of Autonomous Vehicles

The announcement is a link in a series of steps toward a more automated future. In 2017, Audi announced plans for its A8 to be autonomous. In February, Waymo, an autonomous car development company, reported that its test vehicles had traveled autonomously for over 5 million miles.

While autonomous vehicles are expected to reduce labor costs and traffic congestion, they also require a large amount of data to produce effective results. Most driverless cars use artificial intelligence, deep learning, mapping and sensory algorithms to get from point A to point B. But to support these high-tech solutions, manufacturing companies need a place to store and process information. As trends in automation continue to emerge, data centers are starting to consider new ways to support the demand.

“Autonomous vehicles are one example of everyday devices connecting to the internet and driving demand for data centers,” Munters Sales Manager Mike Herwald said. “Munters is seeing increased demand for cooling systems that cool the data center through a heat exchanger system, to isolate the data center from ambient humidity and pollution, but harness free or economizer cooling available from nature. Munters believes air-based economizer cooling systems will likely dominate the market for the next five years.”

Data centers are processing more information than ever, which creates a lot of heat. While evaporative cooling can be efficient, Munters sees strong demand for cooling technologies that operate without water. Munters has developed SyCool ITC, a dry cooling solution that captures the cooling potential of ambient conditions.

Heightened attention to data center location can also help owners and operators control the climate in their data centers. The SyCool ITC system exhibits close to 70% heat transfer through the thermosiphon technology, a key contributor to the overall efficiency of the cooling system.

"If data centers were built at the North Pole, the heat transfer effectiveness would be less important," Herwald said. "However, areas where most data centers reside have many hours where the ambient temperature is 50-80 degrees Fahrenheit. The key is maximizing economizer cooling and minimizing mechanical refrigeration."

As autonomous vehicles increase in production and popularity, Munters has seen the demand for these cooling solutions increase. Some experts expect autonomous cars will use up to 4,000 gigabytes of data per day. In an effort to make autonomous cars a safe and effective means of transportation, car manufacturing companies are implementing more high-tech solutions that require greater processing and data storage.

Data center cooling solutions play a role in this improvement process because they provide the space and scalability to store the data produced to ensure these vehicles are safe for the road.

This feature was produced in collaboration between Bisnow Branded Content and Munters. Bisnow news staff was not involved in the production of this content.

Munters
Munters is a global leader in energy efficient air treatment and climate solutions. Using innovative technologies, Munters creates the perfect climate for customers in a wide range of industries, the largest being the food, pharmaceutical and data center sectors. Munters has been defining the future of air treatment since 1955. Today, around 3,500 employees carry out manufacturing, sales and service in more than 30 countries. Munters reports annual net sales in the region of SEK 6 billion and is listed on Nasdaq Stockholm.
Confirmed! You are subscribed to the Bisnow Dallas-Ft. Worth E-Newsletter.
Most Read Stories
More Top Stories
Bisnow Dallas Newsletter
Bisnow Dallas Newsletter