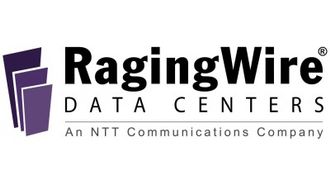 When RagingWire began the site selection process to add to its footprint across the U.S., the data center owner and operator was choosing between locations that would support its future expansion plans. The Dallas-Fort Worth Metroplex, the fourth-largest metro area in the U.S. and home to the largest concentration of corporate HQs in the U.S., looked like a great fit.

RagingWire procured a 42-acre lot in a prime spot of DFW. The company’s campus in Garland is at the heart of the region’s “Data Center Corridor.”

With over 70 data centers, DFW is gaining momentum as one of the top data center markets in the country. It is not a coincidence that so many data centers are moving to Dallas, especially since major corporations such as State Farm, Toyota North America, Huawei, Samsung and McKesson have recently relocated to the area. And the data center boom isn’t slowing down.

Here are four of the most attractive benefits that DFW has to offer data center owners, operators and end users.

DFW is one of the biggest telecom hubs in the country. Global telecom company AT&T, which relocated its international HQ to Dallas in 2008, provides fiber connectivity throughout Texas, the United States and the world. DFW is also home to two large carrier hotels at the Infomart and 2323 Bryan St., which bring together approximately 70 carriers.

TX1 is connected to other RagingWire campuses in Ashburn, Virginia, Northern California and 140 other locations around the world as part of NTT’s Nexcenter global data center portfolio. This diverse interconnectivity prevents downtime by enabling workloads to be balanced and backed up sufficiently.

DFW has seen significant business and economic growth over the past few years, driving demand for facilities that can support large amounts of data usage. The area is home to Fortune 500 companies like Exxon Mobil, Texas Instruments and J.C. Penney.

For businesses to continue growing, they must find economical, efficient and secure ways to house their mission-critical computer infrastructure. Co-location data centers can meet these demands.

For data center owners and operators, power represents up to 70% of the total operating cost. This means data center companies are always looking for energy solutions that are efficient, reliable and cost-effective.

The DFW Metroplex has multiple options for power, as opposed to other locations where a single provider dominates the market. This fosters competition in DFW, causing power providers to keep rates low to stay competitive.

Dallas’ connectivity is also attractive to data center customers because Texas has its own stand-alone power grid, known as ERCOT. This is one of three main power grids that power the continental United States.

“Enterprises are increasingly deploying national data center footprints in the U.S. that have a presence across the Eastern, Western and Texas power grids,” Leach said. “If a company wants greater reliability in power delivery and lower costs than many other data center markets, DFW is a great choice.”

Unlike Silicon Valley, Reno and other locations that are known to be at high risk for natural disasters, Dallas has a low risk of overwhelming weather conditions. According to USA.com data collected from 1950-2010, no earthquakes of 3.5 magnitude or above have occurred in or near Dallas. No hurricanes within 50 miles of Dallas have been recorded either.

Even if a thunderstorm or tornado occurs, RagingWire has taken necessary precautions. Everything from the roof to the foundation in RagingWire’s TX1 Data Center was designed to withstand an EF3 tornado of 136 mph.

Drought can also be a major issue for data centers that rely on water cooling. RagingWire installed one of the largest water-free mechanical systems in the U.S. at its TX1 data center to avoid stressing the water supply.

Dallas continues to build on its reputation as a destination market for savvy data center customers. Enterprises looking to expand their national or international data center deployment will find DFW to be a strategic location, which continues to support a growing ecosystem of data center owners and operators.