Water Is Everywhere, But For Data Centers It’s A Rare, Expensive Gem

When people think of excessive H20 usage and declining water tables, data center water expenditures are probably the furthest thing from their minds.

But it is a top concern for data banks, end users and government agencies, according to panelists at Bisnow’s Data Center Investment Conference & Expo South at DataBank in West Plano.

And though water makes up most of the Earth's surface, in the data world, it is expensive from a cost and public relations perspective. 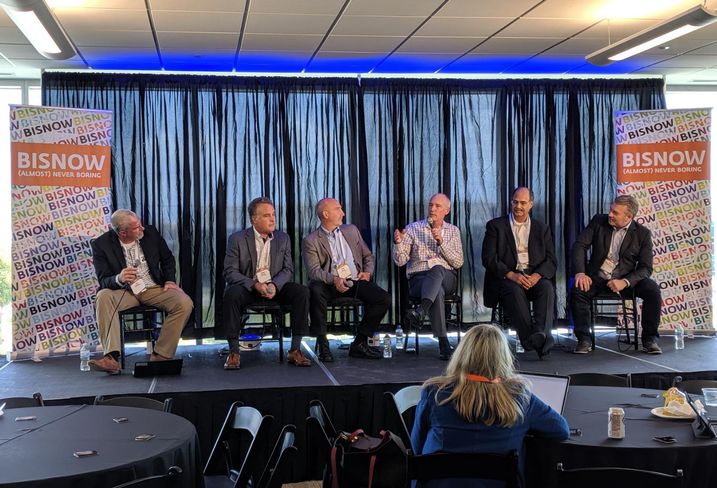 While water helps control data center temperatures and energy output, most end users no longer possess a monolithic view that suggests a data system’s overall effectiveness is the only measure of its quality, particularly when it may be wasting water.

“[Water] does create its own set of problems," Earthwise Environmental President Robert Miller said. "One of them being that it’s becoming more expensive. I have clients in Chicago who are spending $200K, $300K, $400K on incoming and outgoing water and they're being hit too now with discharge issues."

This pain is unnecessary these days.

“If I were designing a water system today, and I was an owner, I would make sure to look at the technology that’s available in the marketplace. It’s really very simple and meant to conserve water,” Miller said.

The end goal is for data centers to reach a middle ground where their water usage is both environmentally sound and cost-effective, DICE panelists said.

“It’s definitely, no pun intended, a hot topic out there,” Munters Corp. North America sales manager Mike Herwald said while moderating a DICE panel. “A lot of owners are struggling with it. We are constantly having to compare dry cooling solutions to evaporative technologies and it’s an ongoing thing.” 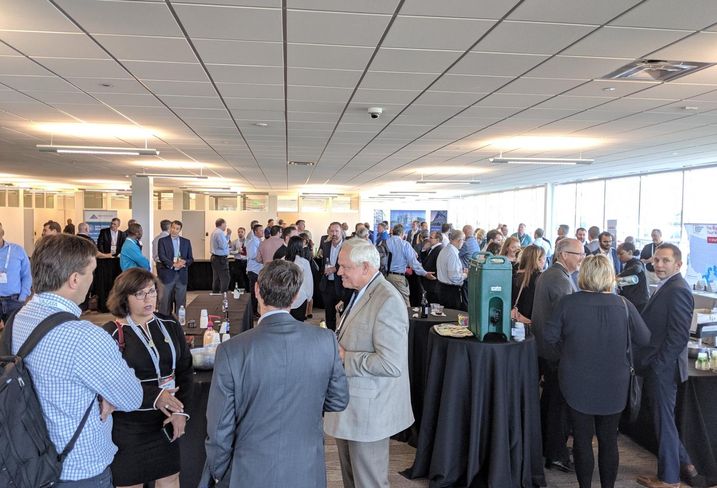 Water usage is expected to keep rising in the data space.

An estimated 626 billion liters of water were consumed by U.S. data centers in 2014, a 2016 report from researchers supported by the Federal Energy Management Program of the U.S. Department of Energy found. The study said usage would climb to 660 billion by 2020.

Data center users are trying to slow that pace.

Microsoft launched a data center in Arizona this summer with the promise to use less water and to invest in a project designed to improve lake water levels, the Arizona Republic reported.

Companies using data centers and operators also are putting the onus on the data industry to ensure water consumption and reuse is not an afterthought, but part of the entire process.

“They want to see how much water they are using and where the energy is going because they have to report back on that to their environmental groups and their corporate stewardships,” Aligned Energy Chief Development Officer Phill Lawson-Shanks said. “So, reporting all of these things — having sensors everywhere and knowing exactly where your energy is going, where your water is going — is becoming incredibly important to a lot of these customers.”

“One of the things that we were very much in tune with was trying to work with the communities and different organizations to make sure we understood the effects of the data centers and how are they affecting not only the economies but the environments,” Vergon said.

The good news is that a reduction in water usage is possible with modern technology.

Miller said it takes a new set of eyes to determine what adjustments need to be made inside a data center.

“We operate these systems the same way over and over again, and we just accept the fact that we have to put 25% of the water we use down the drain,” Miller said.

“That’s not the fact anymore. Probably at any facility if they really wanted to — and I’m not talking about making major changes to the facility — you could probably reduce water consumption 20% to 25% with some very simple, easy … technology.”