At least one confirmed tornado tore a dangerous trail through North Dallas and its neighboring suburbs Sunday night, leaving ravaged commercial real estate in its wake. 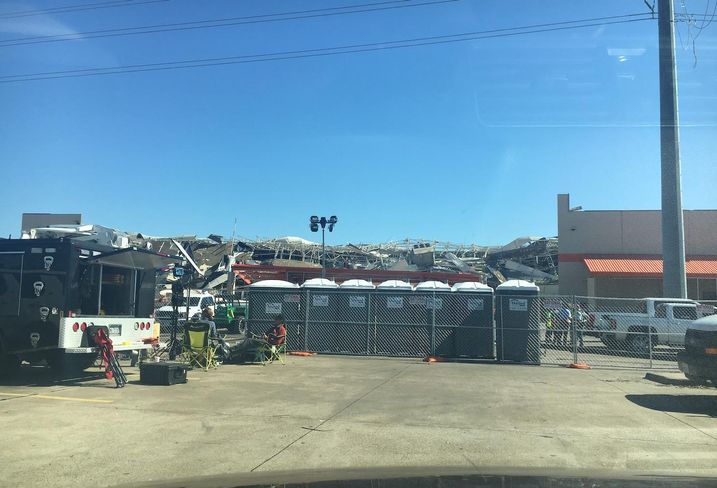 The tornado landed near Dallas Love Field and didn't lift until roughly 15 miles later when it reached the suburb of Sachse, according to WFAA meteorologist Pete Delkus.

The National Weather Service reported winds of 140 mph during the storm, which is consistent with an EF-3 tornado.

So far, only three individuals have been hospitalized with non-life threatening injuries, the city of Dallas confirmed. 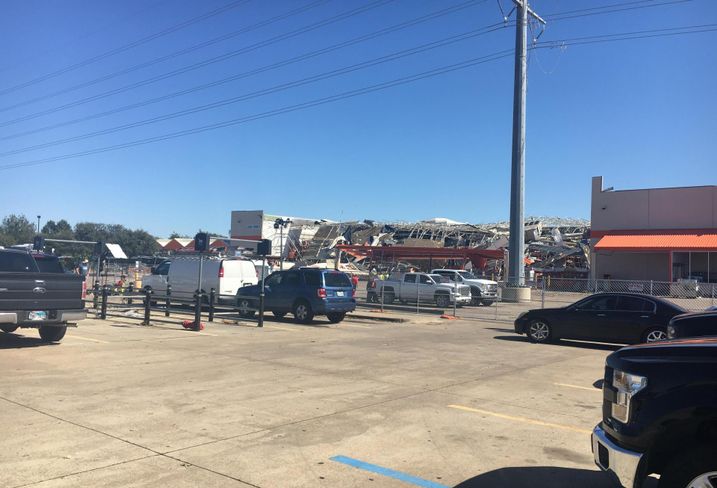 Bisnow
What's left of a Home Depot at Forest Lane and Central Expressway in Dallas.

The store manager learned of inclement weather an hour before the incident and closed the store to give employees and patrons time to get home, Cornell said. No one was inside the hardware megastore when the tornado finally struck, Cornell confirmed.

Cornell said Home Depot and a team of engineers visited the site Monday to figure out the retailer's next steps. The Forest Lane location employs 100 staffers, all of whom will be reassigned to other stores, Cornell said. 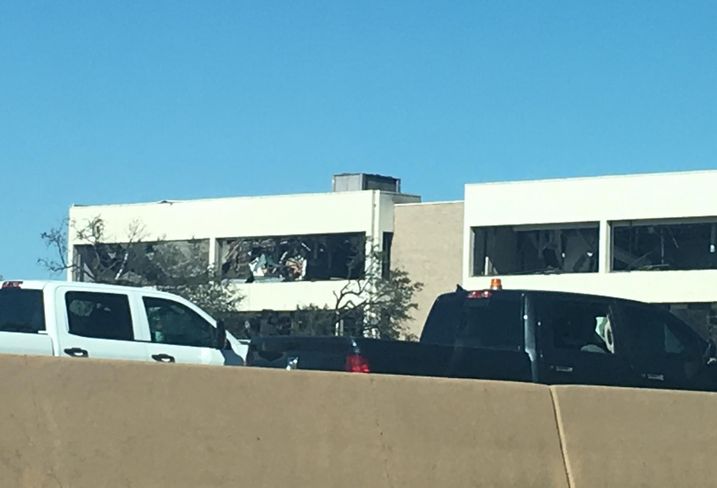 Bisnow
An office building bordering Dallas' Interstate 75 near Forest Lane in the aftermath of a tornado.

The deadly storm packed a mean punch in one commercial area at the intersection of Forest Lane and U.S. Highway 75, leaving several office buildings and retailers with punctured windows, damaged roofs and parking lots littered with debris. 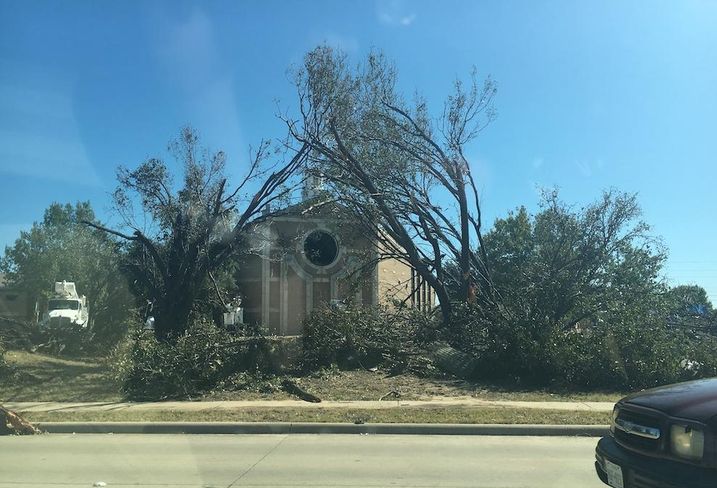 Bisnow
A church in Richardson lost its stained glass window and suffered substantial damage during the storm.

After hitting Forest Lane and Central Expressway, the storm struck a neighborhood near Richland College in Richardson, damaging an apartment complex and a nearby church. 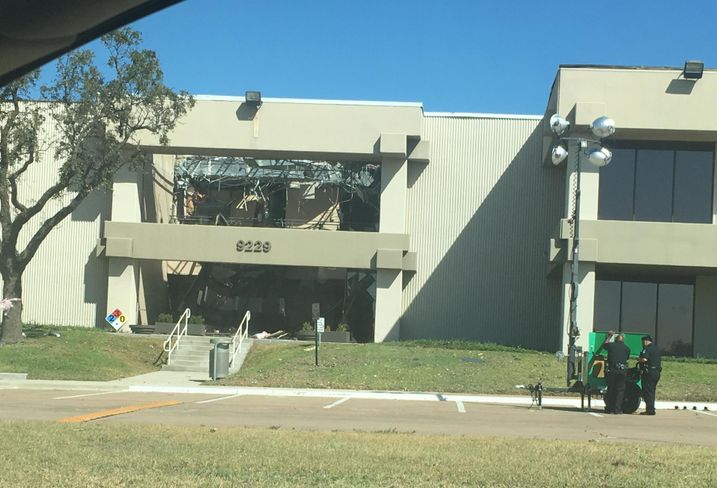 Bisnow
A Texas Health Physicians Group office building at 9229 LBJ Freeway after a tornado damaged it.

Office buildings, including a Texas Health Physicians Group building at Interstate 635 and Greenville, also took direct hits, with the tornado's winds blowing out the buildings' glass windows and chunks of their concrete exteriors.