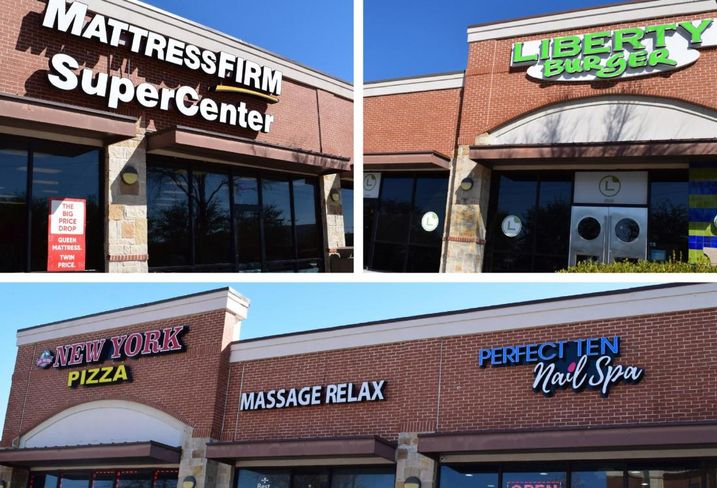 Courtesy of SHOP Cos.
Stacy Plaza

Marcus & Millichap's Brandon Karr and Danny Cunningham sold Boulevard 26 Storage, a 34K SF self-storage facility and 8,500 SF retail center in Richland Hills. The seller was a private partnership based out of Austin, and the buyer was a real estate investment firm from Philadelphia that owns and operates storage facilities in 16 states.

RealtyMogul sold an investment property, Lodge at Main in Euless, in partnership with Comunidad Realty Partners at greater than one-and-a-half times its purchase price. The 208-unit Lodge at Main was acquired in 2015 and renovated with Comunidad’s value-add strategy. 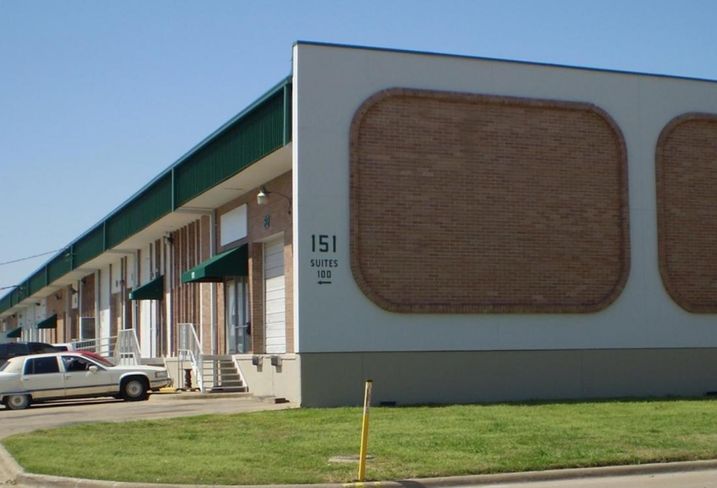 Architecture and construction firm The Beck Group is relocating its headquarters to Thanksgiving Tower in Downtown Dallas in 2019. The company has been headquartered on Ross Avenue in Dallas’ Arts District and wanted to remain Downtown.

“We are committed to Downtown Dallas. Being here allows us to be close to clients and provides our people with an incredible range of amenities, both inside of Thanksgiving Tower or just steps away,” Beck CEO Fred Perpall said in a statement.

Thanksgiving Tower was a natural choice — Beck managed construction of the office building’s lobby and plaza renovations in 2017.

Daikin Applied, a global leader in the HVAC industry, will move in September to the DFW Airport submarket, signing a long-term lease to double the size of its regional parts facility to 13K SF in Los Colinas Distribution Center 5. That two-building industrial project is at 3241-51 Story Road W. in Irving. The relocation will be made in tandem with its lease expiration at a Grand Prairie project in the Great Southwest Industrial District. Bradford Commercial Real Estate Services' Brian Pafford and Jason Finch represented the landlord, Las Colinas AAA Investment LLC. Espie is Daikin’s tenant representative. 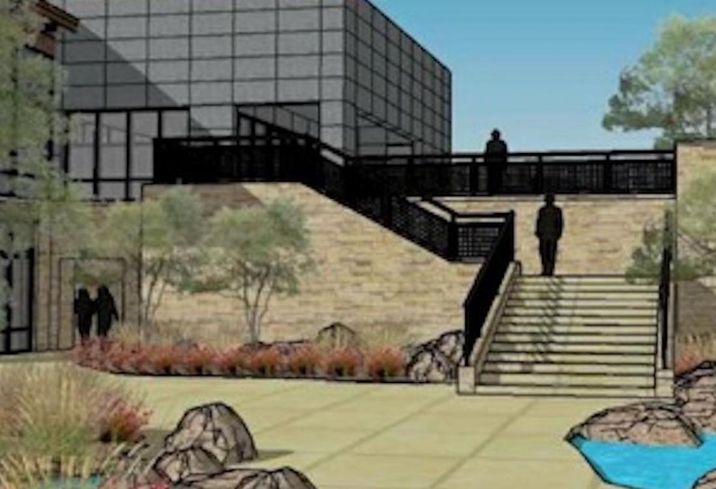 KWA Construction, a general contractor specializing in multifamily developments in Texas, has broken ground on Club Inspiration, an 11K SF luxury amenities center for residents of the nearly 600-acre Inspiration development in Wylie.

Developer Huffines Communities selected KWA Construction along with architect Marsh & Associates to construct the $3.8M project that will add multiple pools and a lazy river to the master-planned community on Lake Lavon.

Inspiration consists of 1,400 single-family homes, an on-site elementary school and green spaces surrounded by multiple trails and scenic views. Construction on Club Inspiration is expected to be complete by October.

Construction is underway on two facilities in Lantana Town Center in Denton County. NewQuest Properties is building a 3,558 SF Chase Bank and a 7,800 SF Firestone store. This is part of Phase 2 of the eventual 242K SF property. A 15K SF building is also under construction and pre-leased to a nail salon, a Mexican restaurant and a hair salon. Phase 1 is 90% leased.

Life Time Fitness is developing 36 acres in Frisco into a mixed-use project. The tract was planned to be a data center development by KDC and Patronus Data Centers but did not begin construction, the Dallas Business Journal reports. Life Time will build a 124K SF fitness resort, plus office, retail and restaurants. 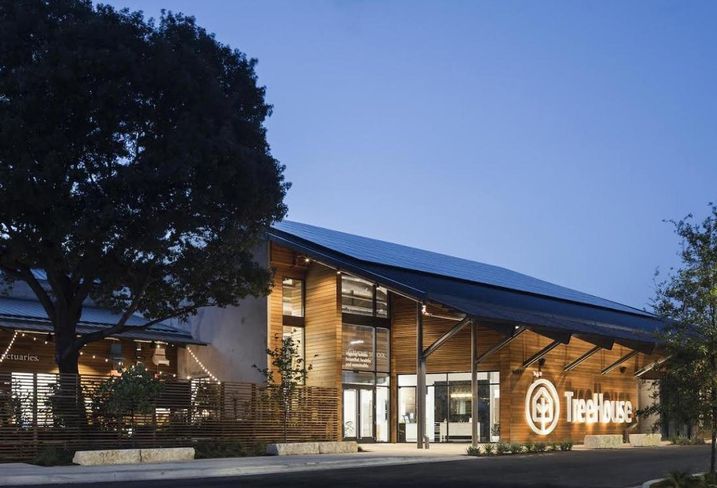 Courtesy of LRK
TreeHouse at The Hill - Dallas

TreeHouse has been awarded a 2018 TxA Design Award by the Texas Society of Architects.

TreeHouse is a green home improvement store anchoring the 275K SF shopping center The Hill, originally built in the 1970s and now retrofitted and redesigned by LRK.

LRK, both TreeHouse’s and The Hill’s architect, collaborated with design architect Lake Flato for TreeHouse to produce the first net-positive big-box retail in Texas as well as for home improvement stores nationwide.

Producing more energy than it uses, TreeHouse is powered by 539 rooftop solar panels and stored energy from two Tesla power pack battery systems, with any excess energy given back to the grid for others to use.

“We’re pushing the limits of what's possible in high-performance buildings,” LRK partner Craig Henry said. “And we’re grateful to work with a client who directly reflects its mission and values through its spaces.”