Fort Worth-based real estate developer Fort Capital has broken ground on The Palmer, a boutique apartment development at 117 Priddy Lane in The River District, on the west side of Fort Worth on the Trinity River. 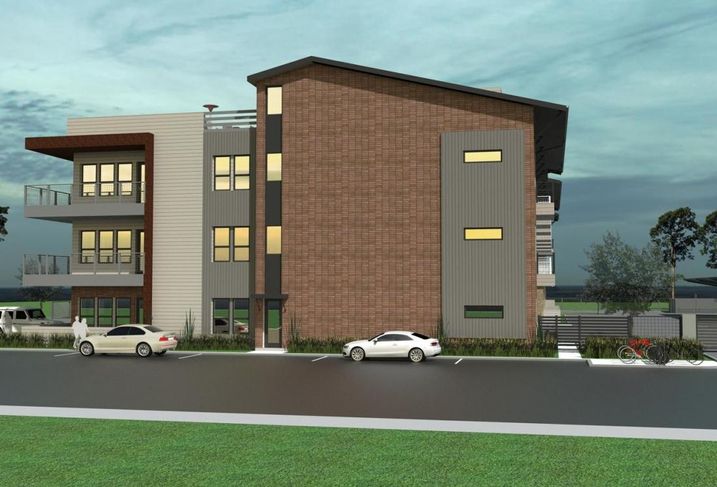 Courtesy of Fort Capital
The Palmer Fort Worth

Slated for completion in early 2019, The Palmer will offer 46 units, all of which will be integrated with IOTAS smart home technology. IOTAS' smart technology connects outlets, thermostats and lights with the touch of a button.

“The Palmer is going to be a fantastic addition to The River District and Fort Capital’s portfolio,” Fort Capital CEO Chris Powers said. “Between the smart home technology and The River District offerings, these apartments are unlike anything else. I’m really looking forward to seeing how this development will impact the neighborhood.”

The Palmer is steps from the Trinity River and within walking distance of popular businesses and restaurants such as Salsa Limon, Lettuce Cook, Flowers on the Square, Abundio’s Fit Society, GWW Real Estate and Heim BBQ, which is undergoing renovations over the next few months. The River District neighborhood has other projects under construction, including a new office development known as 101 Nursery Lane, and two new townhome developments: The Grove and The Parkland. 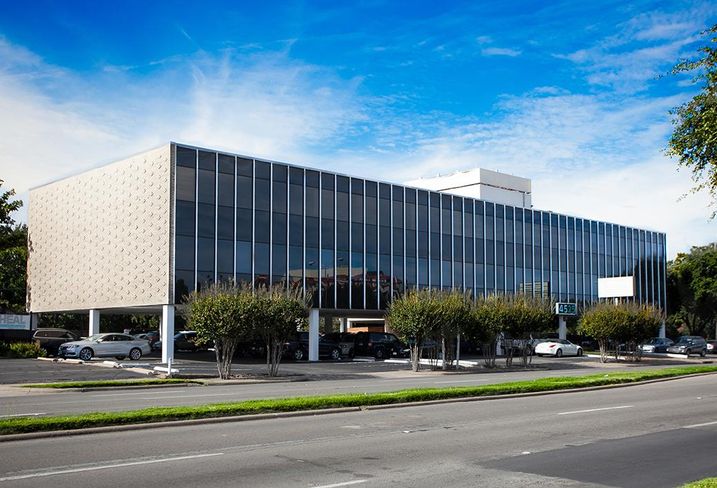 SkyWalker Property Partners purchased a fully leased 13K SF medical office building at 809 West Randol Mill Road in Arlington, across the street from Texas Health Arlington Memorial Hospital. The property is secured by a 10-year lease with USMD Health System, which signed the new agreement on the same day the deed changed hands.

The just-closed transaction is the first medical office property for the $65M Opportunity Knocks portfolio, which is identifying value-add properties in multiple states. Arlington-based Skywalker Property Partners represented the fund in the sale.

USMD will be undertaking a major renovation that will be done in stages so on-site physicians can continue to work.

An entity in which BRT Apartments Corp. has a 50% equity interest acquired the 281-unit Landings of Carrier Parkway in Grand Prairie for $30.8M, including $19M in mortgage debt. BRT contributed $7.3M of equity in connection with the acquisition and anticipated improvements to the property.

Rowan Properties has announced the sale of two multifamily communities in the Greater North Texas Area: the 211-unit Kenwood Heights in Corsicana and the 48-unit Stonegate Terrace in Wichita Falls. 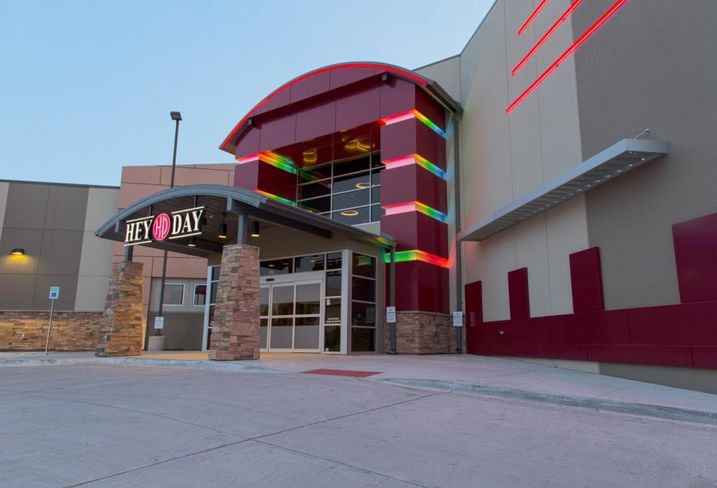 HeyDey Entertainment leased 42.5K SF to anchor Gateway Village, a 94-acre mixed-use development in Denison. This will be the first location in Texas for HeyDay, a family-owned active entertainment concept based in Oklahoma. 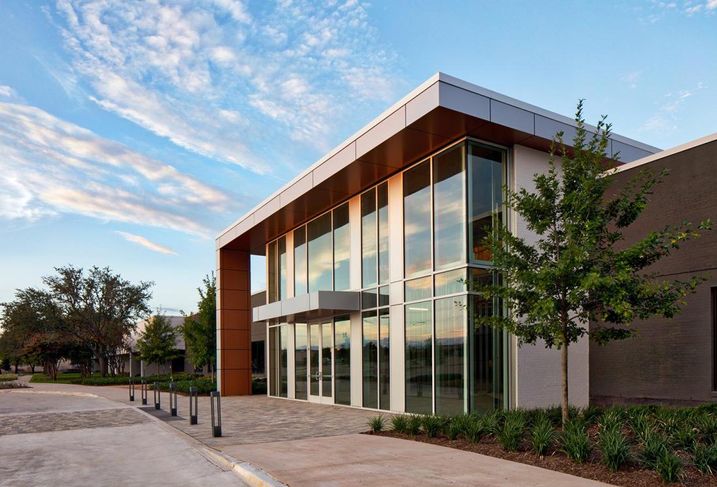 Peloton Tread leased 27.5K SF of office space at Legacy Central in Plano. The Plano location will serve as a key regional campus to supplement Peloton’s headquarters in New York and will be the first member support hub outside of New York City.

Peloton will be looking to hire up to 400 people for the new campus, in Legacy Central at 6600 Chase Oaks Blvd., over the next few years, including member support associates and inside sales representatives. Peloton plans to occupy the space in Q3. CBRE's Noreen Mehdi Weathers and Baron Aldrine represented the tenant. Transwestern's Nathan Durham represented the landlord, Regent Properties. CBRE's Michael Conner assisted Peloton in the labor analysis/city selection.

Henry S. Miller's Sean Lockovich represented Hotworx for leases in Addison and Keller. The Addison location (2,100 SF) is at Prestonwood Court, 15250 North Dallas Parkway, and the Keller location is at 967 Keller Parkway in a 1,750 SF space. Both are expected to open in August. They are the third and fourth DFW Metroplex franchise locations for the exercise company. Hotworx intends to open more than 40 new franchise locations over the next five years in DFW. 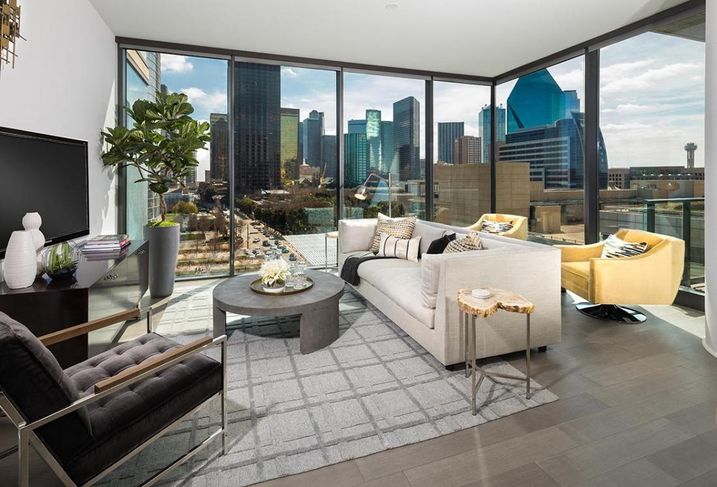 High Street Residential, the residential subsidiary of Trammell Crow, and joint venture partner MetLife Investment Management opened the 34-story Residences at Park District. The 228-unit property has 13K SF of retail and is the only luxury apartment tower on Klyde Warren Park.

The Residences at Park District is connected via a grand plaza to PwC Tower at Park District, a Class-A, 20-story tower with 500K SF of office space and 7K SF of street-level restaurant/retail space. The entire project sits on a 3.25-acre parcel bound by Pearl Street, Olive Street and Klyde Warren Park. 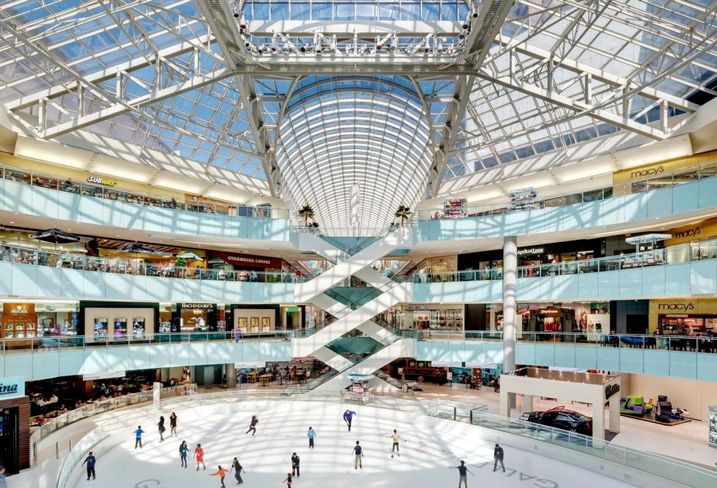 The change in direction is expected to dovetail with the redevelopment of the area on the site of the former Valley View Mall. The $4B Midtown project, spearheaded by master developer Beck Ventures, is intended to create a mixed-use project of office, retail and residential projects.

“With the evolution of the surrounding area and retail industry, we are at a unique point in its history,” UBS Head of Real Estate & Private Markets Matt Lynch said. “Our vision for this next chapter in the Galleria Dallas story is to position it as a leader in the resurgence of the neighborhood and as a vibrant mixed-use district.”

Methodist Health System has partnered with JLL to provide operational healthcare services to four hospitals totaling 4.1M SF in and around North Texas. Services will include everything from security and maintenance to capital planning and data-driven technology solutions.

“In signing our agreement with JLL, we hope to realize a number of tangible benefits, including staff that is better trained, facilities that are better run, and doctors, nurses and patients who are happier because they don’t have to call in as many facilities issues,” Methodist Health System Chief Operating Officer Pamela Stoyanoff said.