The longtime home of the Mesquite Championship Rodeo is about to undergo $2M in renovations as new owner Centurion American Development Group moves forward with plans to create a modern mixed-use real estate development with the Mesquite Arena as its centerpiece. 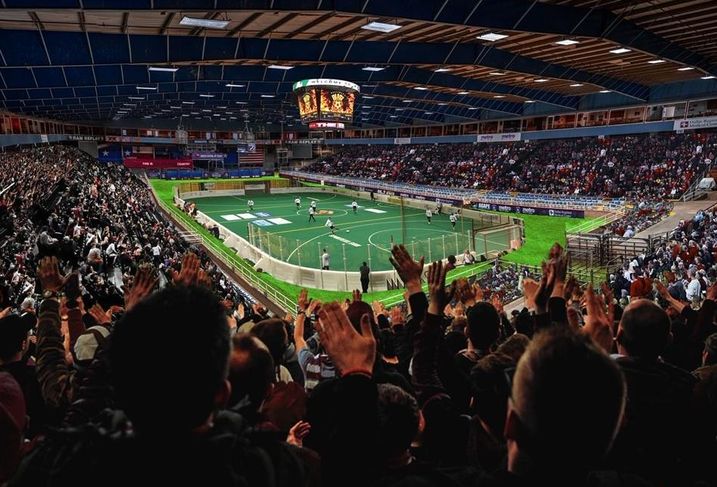 Courtesy of Centurion American
Rendering of the Mesquite Arena

The Mesquite Arena, opened in 1985, will continue to be the home of the Mesquite Championship Rodeo along with the Major Arena Soccer League’s Mesquite Outlaws team.

“The Mesquite Arena is one of the most iconic buildings in the area, and we’re excited to bring it into the 21st century while respecting the history and traditions of the space,” Centurion American CEO Mehrdad Moayedi said in a statement. “We want it to be a place where fans can take in the rodeo, a game, a concert or event, and we hope to have entertainment in the venue year-round.”

Centurion American has big plans for the property surrounding the arena, but first the developer intends to rejuvenate the sports venue itself with new interior and exterior paint, suite upgrades, roof repairs, decorative masonry to replace an existing chain link fence and a complete redesign/resurfacing project for the parking lot.

The renovation also includes placement of a removable turf surface for the Mesquite Outlaws soccer team.

The facility’s renovation should be completed later this year. 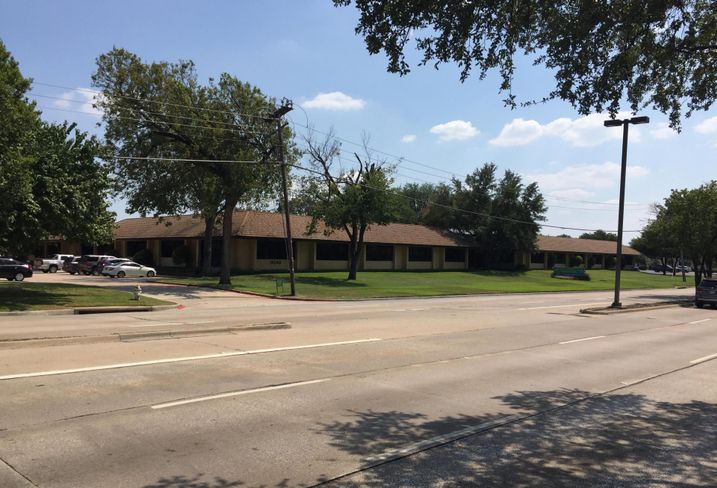 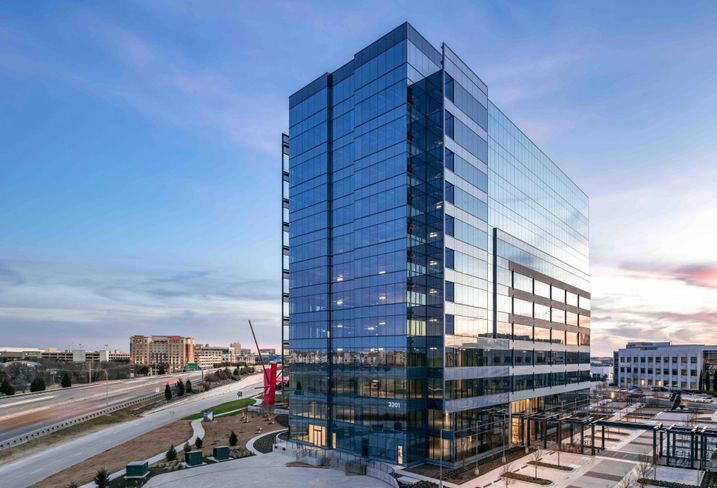 The newest building in HALL Park in Frisco is now 100% leased, with Redwood Software agreeing to lease up to 8K SF at 3201 Dallas Parkway. The company intends to move into an eighth floor space in January.

“Redwood Software perfectly complements our innovative, growing group of companies at HALL Park,” HALL Group Director of Leasing Kim Butler said. “As we continue to expand and diversify the park, we are excited to welcome companies like Redwood that offer unique, cutting-edge services.”

3201 Dallas Parkway is a 12-story building with 300K SF of office space filled with a signature staircase in the lobby and insightful art and sculptures from the Hall Collection. The building also comes with a full-service fitness studio and a conference center.

The exterior space includes an LED water feature, an outdoor kitchen and dining area, a beanbag toss court and a putting green.

Construction software company Bluebeam Inc. is setting up a regional office in Uptown Dallas with a 20K SF lease at One McKinney located at 3232 McKinney Ave. 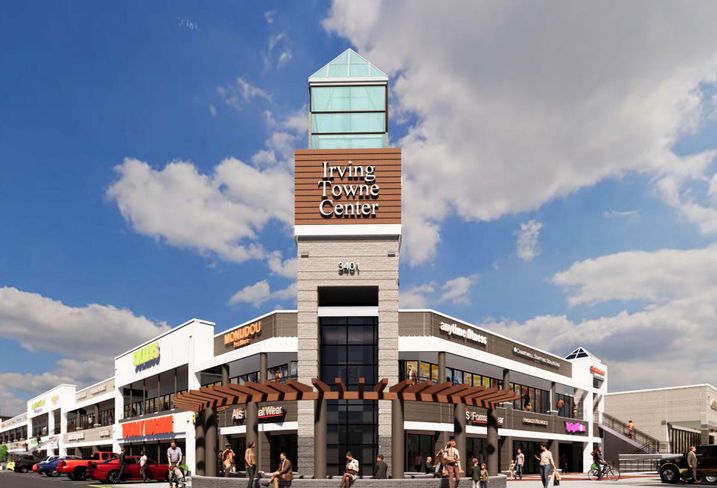 The 240K SF Irving Towne Center retail center in Irving is about to undergo a major facelift.

Weitzman’s management division said an extensive renovation designed to modernize the retail center should be completed by the second half of 2020. The property is at 3401 West Airport Freeway at North Belt Line Road.

Weitzman will upgrade the center’s exterior facade, color scheme, signage and landscaping along with its parking and lighting.

When finished the shopping center will offer seating for shoppers, arbors, green spaces and pedestrian-friendly amenities.

“All four of these properties were fully stabilized in strong, proven retail locations,” Hevey said. “Berkadia will service each of these loans post-closing, a point which was extremely important to the various borrowers.”

To combat the plight of the working poor and struggling Dallas families, Interfaith Family Services is set to open a holistic Family Empowerment Center, which will offer a career training center, a professional clothing boutique, a kitchen, a food pantry and a gym within the footprint of two, three-story buildings at 1651 Matilda St. in Dallas.

The investment sales team hiring comes on the heels of two other major expansions at Colliers in DFW, with the firm previously acquiring advisory firm Deverick & Associates and expanding its Fort Worth investment sales team this past summer. In totality, the firm added 20 professionals to its DFW ranks in recent months.