With passengers landing on rooftop Skyports, the roof would be the new front door, and from green spaces and parks on urban rooftops to observational decks and complementary retail outlets and restaurants, Uber Air could turn the “party on the roof” concept into a major CRE moneymaker. 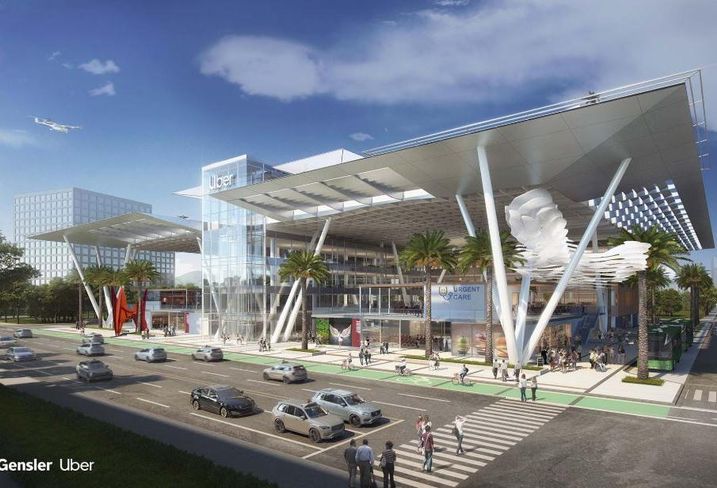 Once that is complete, DFW, Los Angeles and Melbourne, Australia, will serve as ground zero for the 2023 launch of Uber Air's vertical takeoff and landing vehicles (eVTOLs).

Commercial real estate developers and architects in those cities and beyond will be watching progress closely, because Uber Air will spur building design innovation as commuter traffic transcends above traditional brick-and-mortar offices and retail centers.

“In the past, the highest value space has typically been on the ground floor, but with rooftops converting to interface with aerial ride-sharing, it allows buildings to infill with more valuable real estate and amenities for the community,” Gensler Senior Designer Scott Gorenc said.

The Skyports will serve as the operation's arteries by handling up to 1,000 landings per day on launch pads situated within dense urban environments.

The biggest revolution is how Uber Skyports will reshape the way building owners construct and generate money from their rooftops.

“Typically rooftops have been a forgotten side of the building,” Humphreys & Partners Architects Chief Innovation Officer Walter Hughes said. “It’s an afterthought. We have never designed [buildings] to be looked at from up above.”

As passengers take to the skies in EVOLs, mechanical equipment, towers and other infrastructure equipment that is generally hidden on roofs will be apparent to everyone, changing how architects design these areas, Hughes said.

“All of these flights are low-altitude flights; they are only a few thousand feet, so you could be right over the whole city. So does it change how you design? Sure. It’s one more dimension that you have to think about.”

Roofs have hosted everything from pools, open-air restaurants and wine-tasting or relaxation areas, Hughes said. But after Uber Air lifts off, even roofs with only hardcore industrial equipment and antennas could find themselves hiding their equipment behind greenery or placing it in other parts of the buildings when possible.

“There is going to be traffic flow generated and you need to profit from it,” Hughes said. “Obviously, the base of the building will have a lot more retail and you also need to benefit from the upper levels of the building; you have to because the whole thing of landing and taking off tends to attract people.” 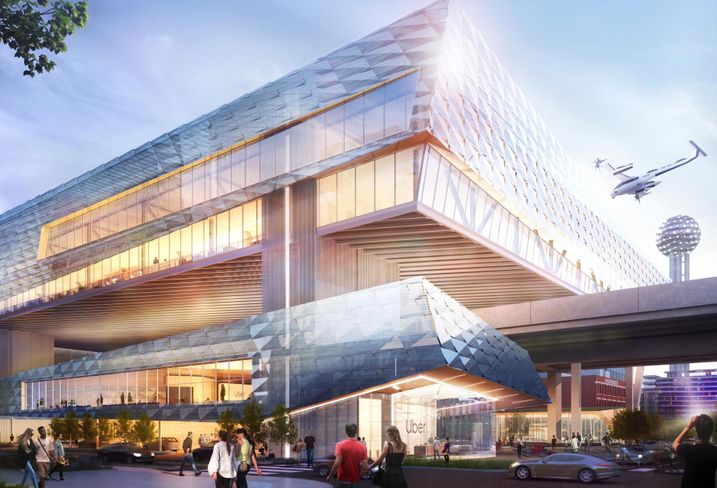 “It really changes the way we think about our buildings. They are no longer just inviting the public in from the ground level,” Corgan Senior Associate Samantha Flores said. Flores and her team at Corgan submitted proposed Skyport renderings as part of the Uber Elevate summit as well. “They would also have to maintain a front door aspect at the top as well.”

“I think a lot of buildings will see an opportunity for revenue generation from advertising from the top of their buildings or even creating other public amenities or event spaces on the roof of their building,” Flores added. “I think property is going to be changing over the next few years because of urban air mobility.”

BOKA Powell design professionals Marianne Scheer and Samuel Ososanya see the Skyport itself as a major commercial driver whether guests are flying away from it in an Uber aircraft or not. Their team's Skyport plan offers the public common areas where they can take in the magic of Uber flight.

“I think all Skyports are going to add real estate value because they will become an attraction. Specifically, in our building we talk about transparency a lot and so from the inside out, you we will be able to see the functionality of the Skyport itself,” Scheer said.

Scheer said at first not everyone is going to have access to Uber flights, but they can still experience it from comfortable locations inside the Skyports or inside the four retail areas that BOKA Powell incorporated into its designs. Its proposals also include what it calls the bridge, an observation deck of sorts where people can watch the flights happen.

“People are going to need more time to get comfortable with it, to get familiar with the systems and to understand it's safe. So providing them an opportunity to see this all happening and learning more about it, I think it helps everyone in the equation,” Ososanya said. 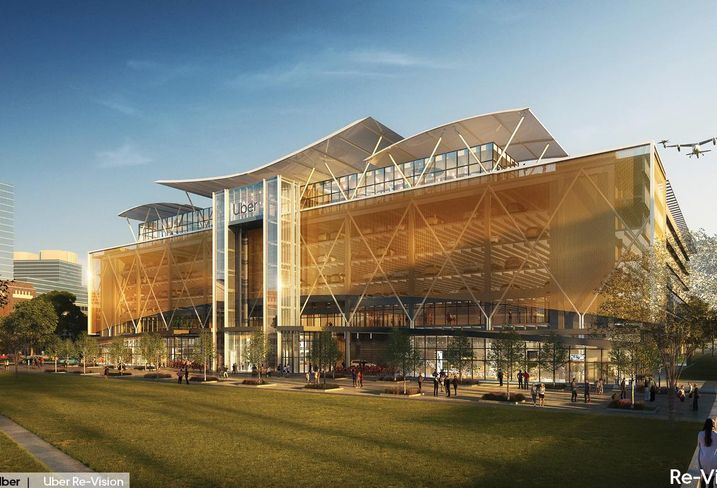 Most of Uber Air is still just proposals in futuristic-looking renderings, but there is something tangible underway.

A testing station, or beta-type Skyport, is already in development at Hillwood's 242-acre Frisco Station mixed-use development in Collin County, north of Dallas.

The site serves as a testing hub for Uber Air flights. And when Uber Air is fully operable, Hillwood hopes for AllianceTexas to function as a key Skyport site within the DFW ride-sharing network.

“The advantage of Alliance is the convergence of existing mobility infrastructure which will allow our partners to develop, test and refine advanced aerial and surface transportation technologies in a self-contained environment,” Hillwood Executive Vice President Russell Laughlin said.