Fort Capital is willing to take the risk for you.

The company has been buying up land with issues — some kind of risk or encumbrance that most developers aren't willing to take — in key urban areas and making the sites shovel-ready for future development.

It is a small subset of the development market, but Fort Capital CEO and Chief Investment Officer Chris Powers sees growing opportunity for his real estate investment company there over the next decade. 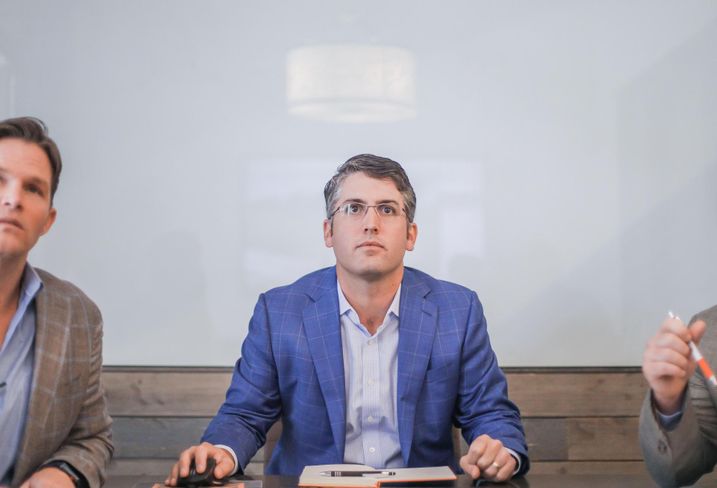 Powers, who envisions his investment real estate firm growing from 25 to 50 employees over the next year, shared his long-term vision with Bisnow.

Bisnow: Is there a catalyst that is causing your expansion or expectation of employee growth?

Powers: We really started the company on the foundation of urban infill development. What we’ve noticed in the market is there’s this minimal segment that is really underserved in that you have institutions that, especially for vertical developers, require buying land that is what we call shovel-ready and permit-ready. And, they can’t buy anything with hair on it.

Alternatively, at the lower end of the market, you have buyers that are not willing to take on properties that have entitlement issues either. And so what Fort Capital has done over the last 10-plus years — and what we are going to start telling the world more about — is we want to buy urban infill properties that have some type of hair or entitlement risk to them.

We want to be able to take that risk on our own and then be an amazing either seller or partner to institutional developers of multifamily office, high-rise … you name it.

With all of that being said, as for a specific asset class, industrial is where we are focused.

Bisnow: Right now from your perspective is there anything interesting happening in industrial?

Powers: I think there are two things we are focusing on right now. In the next seven to 10 years, we feel industrial offers a ton of room to run and that is because of a lot of macro factors going on in the world that we just don’t believe are things that are going to digress and change.

Bisnow: Is your appetite for Class-B industrial or newer properties?

Powers: It is Class-B. The Class-A segment, especially with what we are seeing today, [is made of] buildings with millions of square feet and often one or two tenants. That’s just a whole different kind of model — a much lower return type of profile. Certainly, we believe in it, but our focus is purely on Class-B, already-built '70s, '80s and '90s properties.

Bisnow: Where are you looking to find a high concentration of industrial properties in DFW?

Powers: There are a lot of places to look. We are in north, south, east and west Fort Worth in different pockets. We’re looking heavily at the Great Southwest in Arlington, the Valwood portfolio we bought up in Farmers Branch. We also are looking at some early stuff that was built in Plano. We’re over in Garland, and we are looking at some stuff in East Dallas.

We also are looking heavily at El Paso, Texas, Houston and San Antonio.

Bisnow: What type of infill properties do you buy?

Powers: We obtained an infill manufactured housing park and assembled it with a 2-acre dilapidated grocery store site, plus eight single-family homes. We re-entitled it, replatted it and sold it to an institutional multifamily group. That’s one play.

We also bought an old catering facility on 2.5 acres [in Fort Worth]. We are leasing the building for seven years on a triple-net lease, but we believe seven years from now, we will have a mid-rise or a potential high-rise hotel site, so we can enjoy the income for today, but know there is a much bigger purpose for the site down the road.