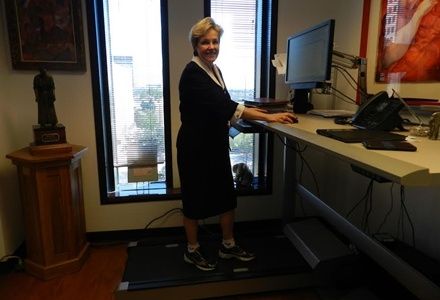 When Transwestern EVP Nora Hogan first broached the subject of joining the industry with her guy broker buddies at CB in the early '80s, she was told in no uncertain terms it probably wasn't gonna happen. But it did happen. In fact, CB--then Coldwell Banker--was the first to give the 2013 Stemmons award-nominee a shot. Mario Zandstra (a broker in the Dallas office, also a former brassiere salesman) looked at her resume and saw a business degree and successful sales background. Indeed, with almost no women in the industry, hiring women was then a focus for the firm. Nora wasn't a native Texan, but she landed here in her early 30s, following a life spent in equal parts Phoenix, Minnesota, Texas (as a TCU grad), and Chicago. Did you notice? She likes to walk while she works. 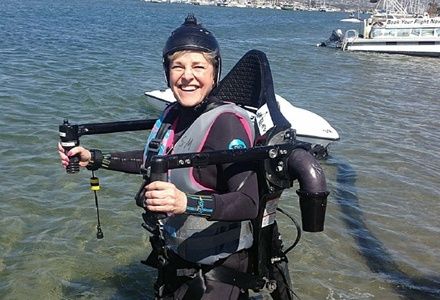 For Nora's first deal, she was partnered with an Iowa native named Ben Brink to list a desolate intersection; it's now Preston Park Financial Center. (So be nice to intersections everywhere; you never know when they'll become beautiful swans.) The guys in the office encouraged her to drive out and see the project. "I drove about five miles out to the project; then I drove back mad as heck and said, 'There's nothing there!' Today the corners are like Main and Main." Her hallmark deal: doing the 2008 sale-leaseback for what was then called Home Interiors, a 650k SF office warehouse transaction with Highland Capital; the sale price was about $30M. Here, Nora lived her dream of flying after snapping on the jet pack in San Diego. She admits to being dunked a few times, but flew about 10 feet over the water. 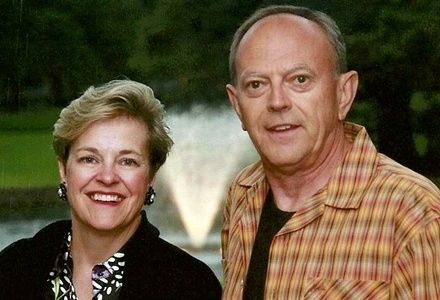 On the personal side, here's Nora with husband Bob (a sculptor). They have no children—by choice. "I have this philosophy: You can't have it all," she tells us. Here's the logic: As a working woman, it is very difficult to take care of young children, your job, and your husband. And usually women are very good at two out of three. Very few are successful at three out of three. "What will necessarily not be taken care of is the husband, because the kids have to and your job demands it," she says. 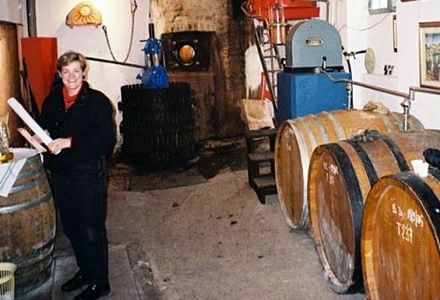 The most frustrating thing for Nora: When talking with young women hoping to break into the biz, they don't know their skills or where they belong in our industry. Nora believes there are different personality types for the various areas. Leasing agents play catch, she says. "The deals come to you, you orchestrate the deals—it's more of a caretaker type role." Tenant reps need more sales experience, willing to unearth the deals. Then there are the investment folk, who speak a completely different language. She advises understanding where you belong and then going for that job in that market where your skills will be best used. She enjoys her vacations; her favorite is always the one she just took. Earlier this year, she and her husband visited Barcelona and Southwestern France, where they partook of lots of great wines and foie gras. This pic was snapped years ago during a tour of Mr. Levi's grappa distillery in Neive (given by Mr. Levi, himself.) Read more of our Dallas Power Women profiles here.