Every four minutes, North Texas gets a new resident. That bodes well for the economy (and for companies that make welcome baskets), but there are implications for water, housing, and infrastructure, we learned Wednesday at our Future of North Texas event at the Dallas Marriott City Center. 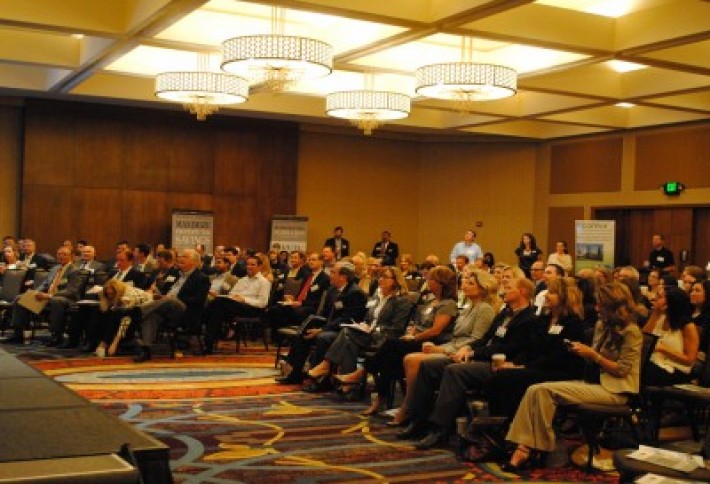 300 attendees listened as North Texas Commission CEO Mabrie Jackson cautioned about paying attention to politics. Elect people who are dedicated and visionary to put necessary changes in place, she says. She says demographics are changing and businesses need to have a global business plan. A good starting point: Look at the destinations of the direct international flights from DFW Airport. Thats whos coming into the market, she says. 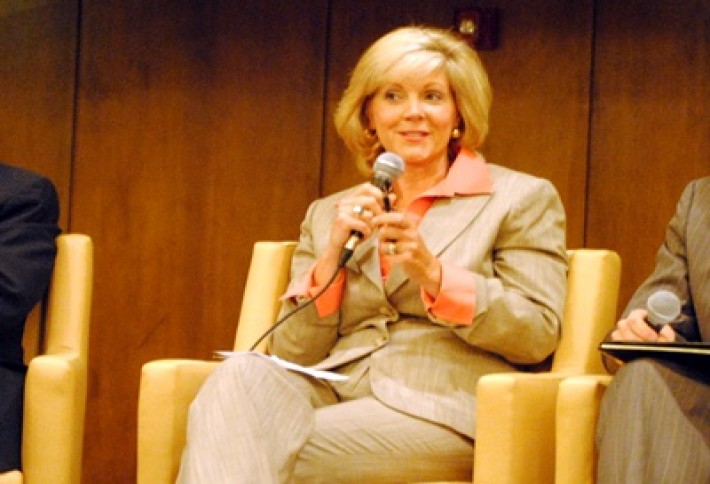 Her biggest concern: water. (Her and Samuel Taylor Coleridge.) Pay attention to the legislation regarding water, because if you dont have it, the people will stop coming, and then it wont matter how centrally located the Metroplex is. Its a life-or-death situation for careers, businesses, and families, she says. 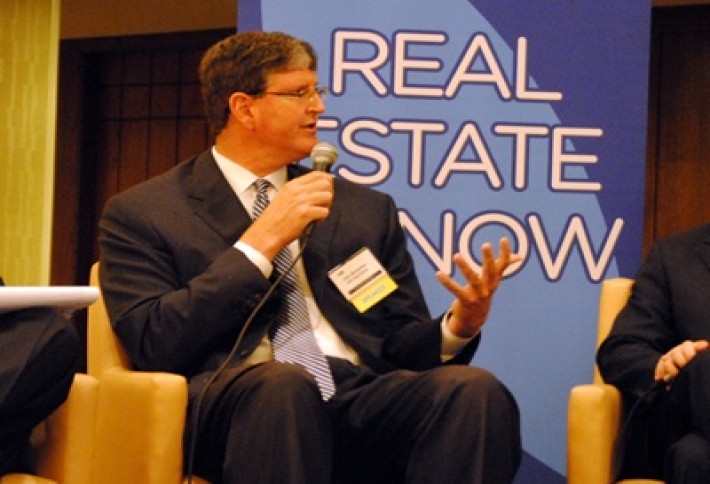 KDC Real Estate EVP John Brownlee (who tells us his favorite TexMex restaurant is Mi Cocina; we think Ray Washburne would be glad to know that) says hed like to be doing a project in Uptown. Access to amenities, the new park, and the arts district make that a great location, he says. The site KDC purchased at Central Expressway and the Bush Turnpike (next to a DART station) is his big focus right now. And after working on a project in California, he says he's grateful for the pro-biz response of Texas city leaders; they ask how they can help you do something great for the city, instead of saying no to everything. 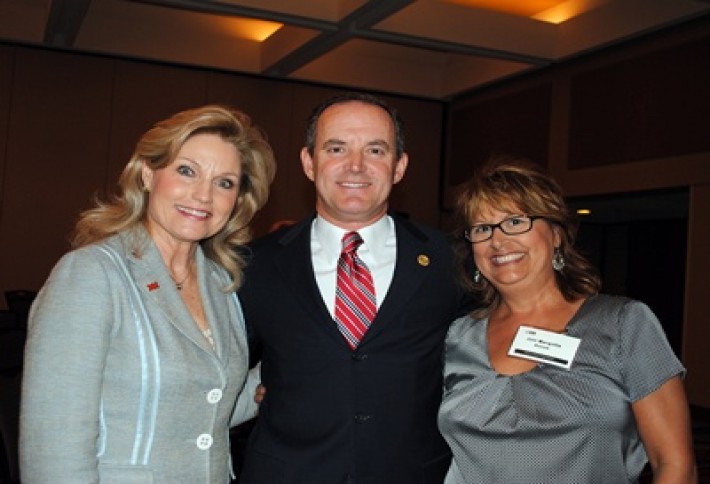 DFW Airport VP for commercial development and Southlake mayor John Terrell, flanked by Frisco EDCs Nancy Windham and Bisnows Joni Margotta, says with all the people coming to the Metroplex, there's no way to build highways wide enough to accommodate them all. The solution: Focus on rail to reach the population centers. (Put aside your pipe dream of flying cars.) Putting on his mayoral hat, he says one of the biggest challenges to the region is the amount of lip service given to regional cooperation. The citiesshouldn'tbe competing, but working together to go up against Seoul and Shanghai for deals and projects. 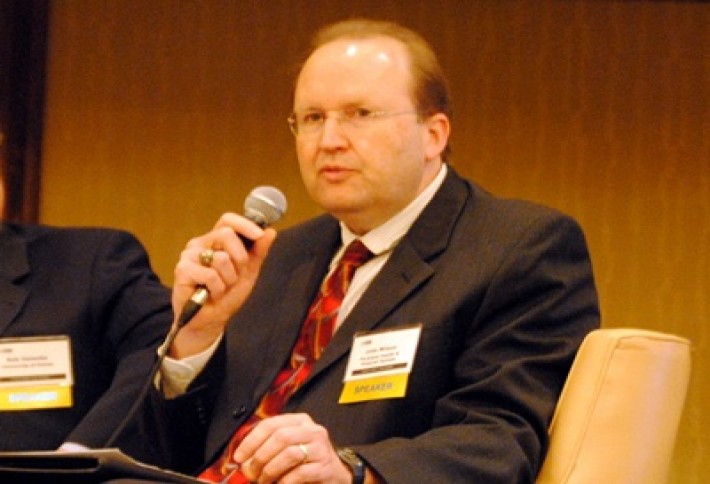 Parkland Health & Hospital System facilities maven John Wilson says Parkland has about 3.2M SF of space to maintain and renovate. The system sees about 1.1 million patient visits annually on the main campus and another 600,000 at satellite clinics. With plans to replace four existing clinics and build two more (costing about $60M), John says the idea is to increase the satellite visits and reduce the trips to the hospital. While his tasks require some heavy lifting, he has his lighter moments: We learned the Texas Tech alum played the drums in a disco band in his youth. 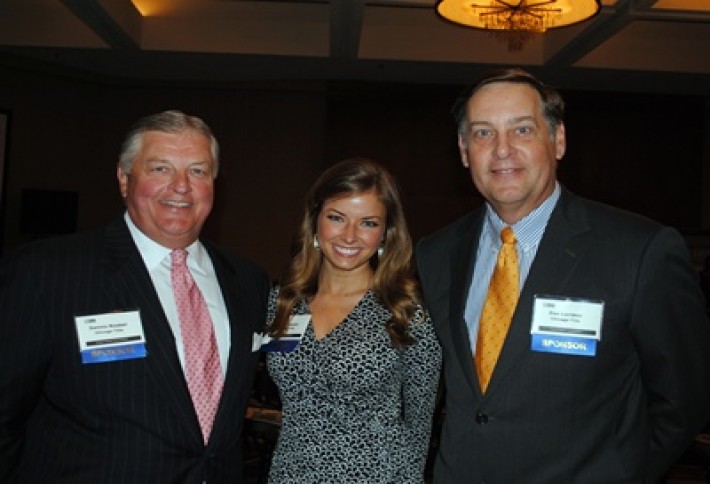 Event sponsor Chicago Titles Dennis Noebel, Taylor Deaton, and Dan Lorimer. Dennis tells us the Future of North Texas is like a Clint Eastwood movie,Fistful of Dollars, but he may rename the market The Good, The Bad, and The Ugly if things turn sour. 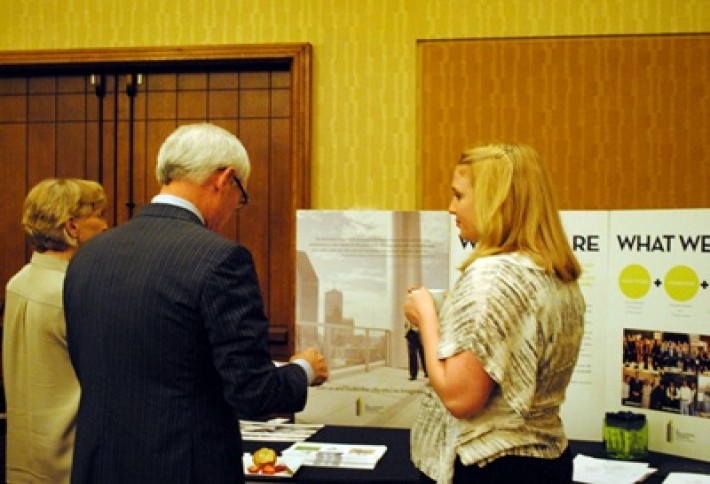 The Real Estate Council reps tell us it has a few tables available for the 25thanniversary Fight Night a week from today. The Vegas-style boxing and casino fundraiser will feature Sugar Ray Leonard and Roberto Duran("Manos de Piedra" himself). To date, TREC has raised more $21M forcommunity revitalization projects. This year's event will be May 9 at the Hilton Anatole Hotel Trinity ballroom. For more info, go to recouncil.com or call 214-692-3600. 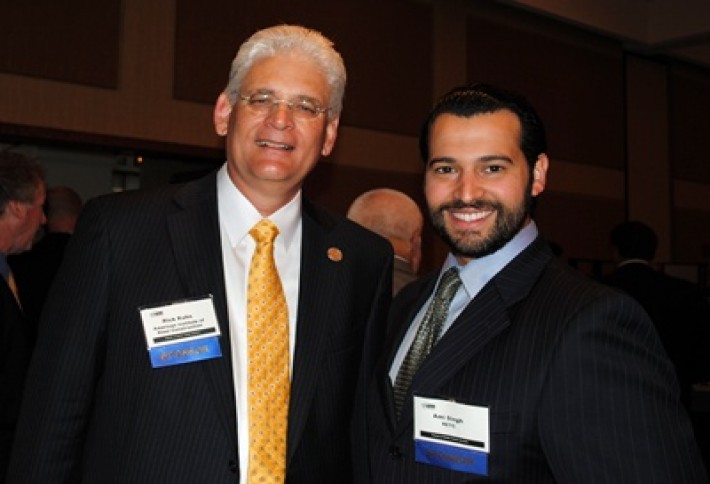 A pair of event sponsors, American Institute of Steel Construction's Rick Kuhn and RETCs Ami Singh. Ami tells us May 1 also marked the first day that appraisal districts began releasing property values. RETC reps its clients by filing protests of overvalued properties, and in 2012 in the firm achieved $400M in value reductions for clients, representing $6B in asset value. Rick tells us the not-for-profit technical institute and trade association services thestructural steel design communityandconstruction industrywith the goal of making structural steel the material of choice.