Yesterday, it was announced that the University of Texas at Dallas awarded Hill & Wilkinson the $53.2M construction assignment for its new student housing living/learning center, to open in 2014.

Designed by HKS Architects, the 235k SF complex will house600 students and be a central dining facility for all five campus residence halls. The project is also seekingLEED Silver. Amenities include a 25k SF gym and fitness area, multi-purpose classroom space, breakfast/snack bar, laundry facilities, and lounge areas. This is Hill & Wilkinsons fourth student housing project at UTD. Wanna hear more about the project? Come to our second annual Bisnow Student Housing Summit on Feb. 22 where UTD VPfor administration Calvin Jamison will be on the panel. Hill & Wilkinson is a sponsor. Register here.

CBRE inked a handful of leases including: 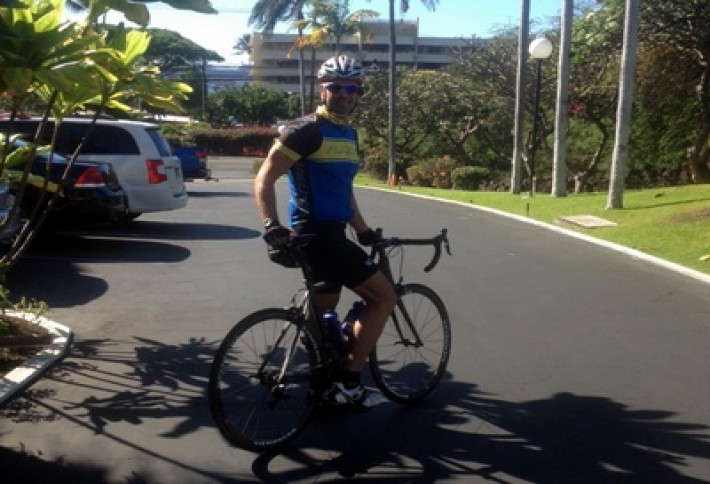 With the most triathletes in the country living in Texas (DFW having the largest concentration, more than 30,000) it makes sense the nations largest triathalon store would open here. Playtri signed an 11k SF retail lease at 7951 Collin McKinney Pkwy in Times Square at Craig Ranch in McKinney with a targeted opening in May. Playtri was represented by Colliers Internationals Ward Richmond, Chris Teesdale, and Tom Pearson. The landlord, Mid-America Apartments, was represented by Bryson Messer Properties Bry Taylor.Ward is a triathlete and has been a Playtri client for more than five years. Playtri founder Ahmed Zaher (pictured) says it was important for him to work with someone who understands the business from both the athlete and owner perspective. Plans call for additional, but smaller, locations through the Metroplex. The firm already has one Dallas location open.

Harwood International plans to break ground this spring on the 224-unit District 1444: The Design Village at the Southeast corner of Dragon Street and Oak Lawn Avenue in the Design District. The project will also feature a rooftop junior Olympic pool and 46k SF of retail space. Three of the five restaurant spaces have already been pre-leased. 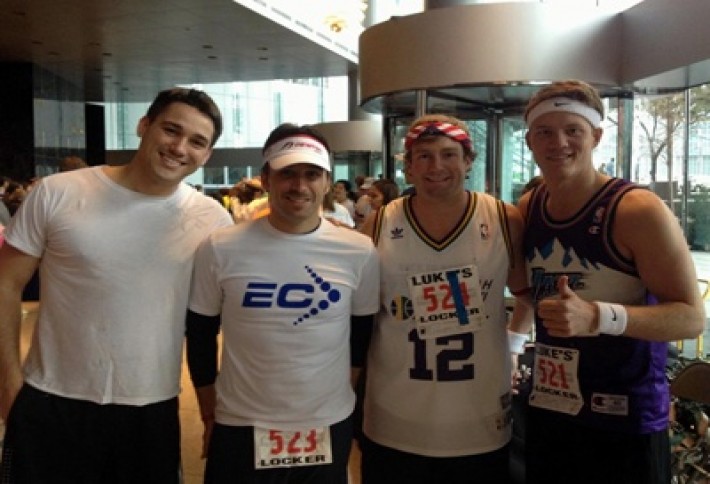 On Jan. 26, a bunch of fitness-crazy CRE types climbedFountain Places 52 flights of stairs in the fifthannual Big D Climb supporting the Leukemia & Lymphoma Society. The Henry S Miller team: Grant Broduer, Henry S. Miller IV, Darden Orand, and Andrew Doster was among the CRE teams (CBRE, Transwestern, and Colliers). HSMs resident marathoner Henry finished firstin the CRE competition with a time of 8:41. The top CRE female finisher was Pepsi Windland at 10:33. CBRE took home the top team honors and HSM finished second. Winners by ages in the CRE category: Allyson Gump at 10:45 and Trevor Davis at 10:03 in the 20 to 29 group; Campbell Foster at 8:47 for the guys in the 30 to 39 group; Laurie Crumb at 11:48 and John Hall at 10:27 in the 40 to 49 group; and Joyce Williams at 27:04 and Bill De La Chapelle at 11:41 in the 50-59 category.

Susan Gwin Burks joined CASE Commercial Real Estate Partners as a senior director focusing on raising capital for acquisitions as well as handling the disposition of office and industrial properties. She will partner with CASE principal and managing director of acquisition and development Jim Eagle.