A new nonprofit could bring more than $100M in new investments to Southern Dallas, we learned at Bisnow's Rise of South Dallas County event at the Sheraton Dallas on Tuesday. 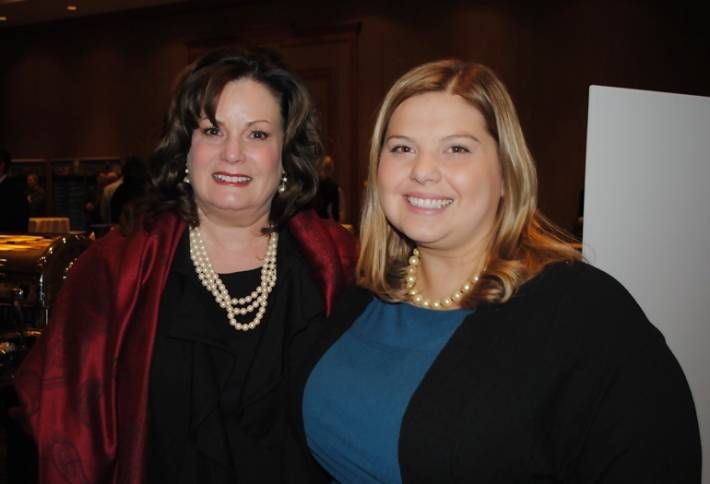 The Real Estate Council president and CEO Linda McMahon (left, with colleague Amy Stovall) is part of the Mayor’s GrowSouth initiative, working to find a financial solution to the underinvestment there. The result is a new nonprofit, Impact Dallas Capital, which has a mission of investing to create positive, sustainable economic, social and environmental benefits for Southern Dallas residents. Impact Dallas Capital underwrote a feasibility study, which evaluated options for the creation of a private investment fund. Typically, projects there can only borrow 50% of the project cost versus 70% for the rest of Dallas, Linda says. The feasibility study showed tremendous investment opportunities in Southern Dallas with cheap, abundant and beautiful land available. If you look at the South Dallas area, it could be the 33rd largest city in the US (bigger than Boston or Atlanta), she says 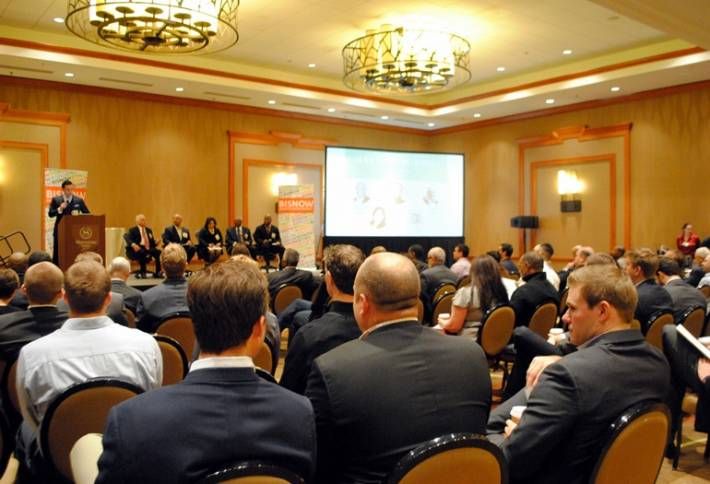 The feasibility study also found that Southern Dallas could support an investment fund up to $100M for commercial real estate projects mostly in the form of mezzanine debt, resulting in the hiring of Civitas Capital as the fund manager for a private investment fund. Impact Dallas Capital will be the platform for launching a family of double bottom line funds. Subsequent funds might focus on small businesses. The double bottom-line fund's first goal is to get ROI and the second is to improve the quality of lives for the residents without displacing existing residents, she says. There are 525,000 residents spread across 254 miles and there’s no density; there’s a need to create pockets of activity to spur growth, Linda says. 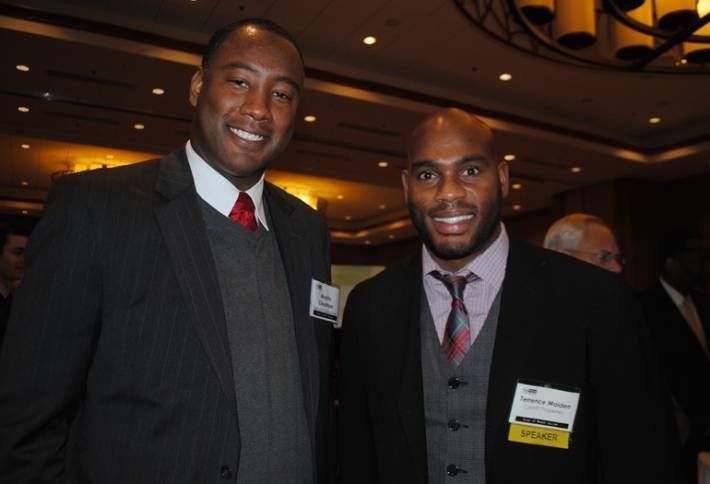 Corinth Properties EVP Terrence Maiden (right, with National Development’s Murphy Cheatham) grew up in Oak Cliff and saw the flight of the grocery stores in the area over the years. So, when Corinth put in a Walmart Superstore, it was an oasis in a food desert, he says. The firm is actively developing retail centers including the Walmart-anchored Glen Oaks Crossing with 42k SF in the first phase and more planned in a second phase, along with the sale of four pad sites. Terrence says the center is fully leased, demonstrating the viability of projects in South Dallas. 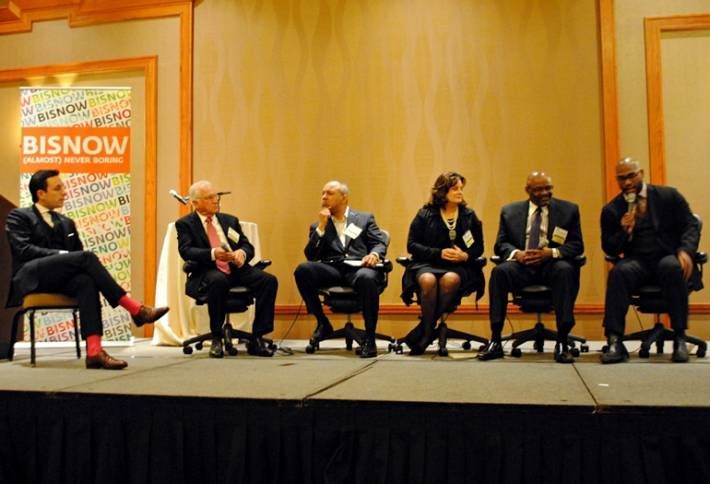 Terrence (far right on the panel with Bisnow COO Will Friend moderating on the far left) says one of the challenges with developing in South Dallas is the tree mitigation (which can be an expensive process). Additionally, there are infrastructure needs that can be cumbersome, he says. TREC is taking an active role, working with city in the P&Z and approval processes to streamline the development regulations to make it easier in South Dallas. 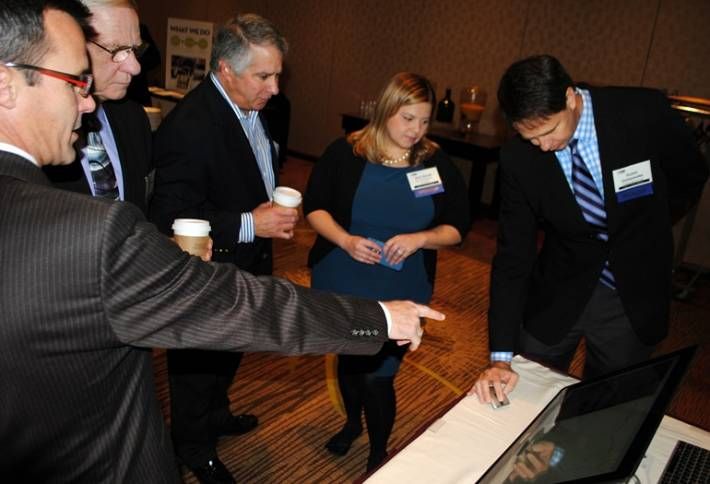 Event sponsor Dallas Regional Chamber unveiled its Southern Dallas County interactive development map at Bisnow’s event. (You can find it here.) Chamber spokesman Duane Dankesreiter tells us the map shows the major employers and continues the storytelling of the area with an interactive website that can break down the various sectors of South Dallas from Bishop Arts and Oak Cliff to The Cedars and the Education Corridor. You can click on points on the map that will show you projects under construction as well as links to news articles about the projects. It’s a great story, Duane says, because it shows the community visually just how much activity is in the works. 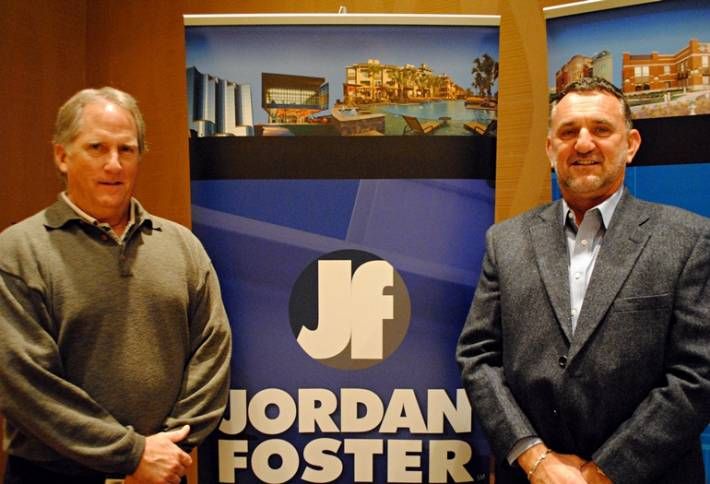 We also snapped event sponsor Jordan Foster Construction’s Andy Hammer and Roger Pavlovich. The duo tells us the construction firm is working on the 150k SF Arlington Tech project with First Industrial near I-20 and Hwy 360 as well as the JJ Lemmon industrial project for the Trammell Crow Co. That project just broke ground last week on 750k SF across two buildings near I-20 and I-45. 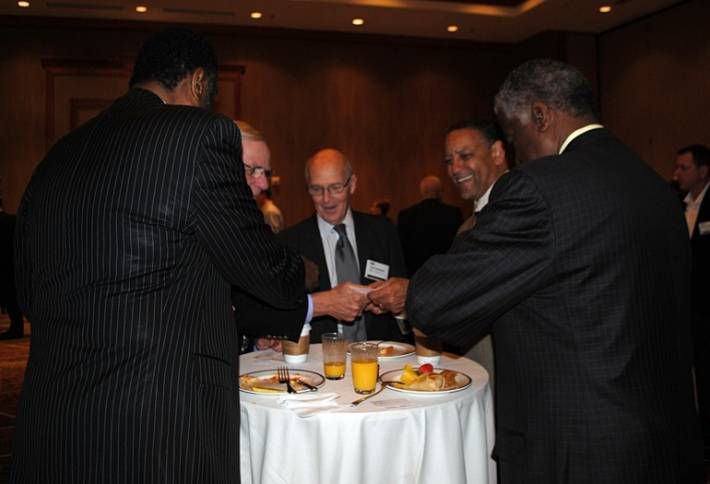