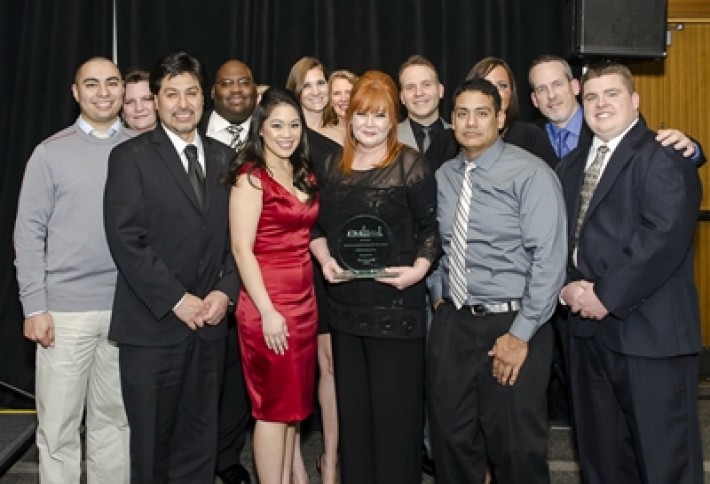 Congrats to CBREs management team (above) for the Colonnade, which took home a TOBY (The Outstanding Building of the Year) in the over 1M SF category. BOMA Dallascelebrated its members and buildings at its annualawardsceremony last month.CBRE also was recognized for the Urban Towers (500k to 1M SF category) and Interchange Office Center (100k to 250k SF). Other winners were Rosewood Court, Hunt Corporate HQ, and Texas Health Presbyterian Hospital of Allen-MOB 2. BOMA also handed out its Lone Star Awards forindividuals: Streams Heather Martin was named property manager of the year, Lincoln Property Cos Charles Denton is chief engineer of the year, and Two Trees Managements Juanita Cano received the Presidents Award.