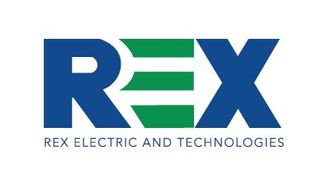 Everything You Need To Know About Distributed Antenna Systems (DAS)

Office leasing veteran Sean Black says working with slow cellular reception is similar to taking the stairs from a building’s main lobby to an office on the 50th floor. You’ll eventually get to your destination, but it will be a long, inconvenient and frustrating process.

“Strong cellular is one of the most important things that tenants should be looking for,” Sean says. Formerly EVP of real estate at WeWork as well as a national director at JLL, Sean has spent over a decade on the forefront of office leasing.

“It is oftentimes overlooked, but it certainly should not be. An office tenant will likely be signing a five-, 10- or 15-year lease and the last thing that they  want to do is deal with shoddy infrastructure.”

REX Electric and Technologies SVP Patrick Lancaster agrees. His company has developed a division dedicated to Distributed Antenna Systems (DAS), a network of small antennas located throughout a property that serve as repeaters. The antennas are physically connected to a central controller, which is in turn connected to the wireless carrier network’s base station.

“DAS is a way to ensure customers have solid and reliable coverage. It also enriches areas of poor coverage in their properties,” Patrick says. "It's a viable solution for properties that struggle to provide strong and consistent coverage like office spaces, stadiums, convention centers, theme parks, universities, hotels, hospitals and densely populated urban areas."

The DAS systems come in two forms—passive or active. In a passive DAS, cellphone signals are grabbed from rooftop antennas and ran through feeder cables throughout the building. They are then distributed alongside data services like an extended antenna. With active DAS, fiber cables connected to the rooftop antenna boost and amplify the signals as needed throughout the building.

Because DAS operates on radio frequencies licensed to wireless carriers, anyone who wants to set up a DAS must involve at least one carrier. When an agreement is made, a signal reception map is developled for the property.

After the carrier's approval, the physical installation of antennas, fiber optics and RF cables begins. Patrick says that a carrier will typically bear the installation costs as well as maintenance expenses. Many times, however, the carrier will only agree to do so if the installation fits within their network plans, covers a large number of subscribers, or fills a significant gap in service. Otherwise, the cost and service of the system will be spread among multiple carriers.

When installed, DAS coverage is designed to be seamless to mobile devices, providing both voice and data services to them just like a cellular tower.

The DAS can be installed both indoors and outdoors. With indoor DAS networks, the remote antennas are strategically placed throughout a building and connected with fiber optic cable to a single hub containing all of the wireless service provider’s equipment. An outdoor DAS network consists of a central hub location, which links an antenna system to provide carriers with pinpoint coverage. Antennas can be camouflaged to preserve neighborhood or property aesthetics by being put on  street lights or utility poles.

Levi’s Stadium in Santa Clara has its own DAS as well as Indianapolis International Airport and seven miles of the LBJ Expressway in Texas to provide capability for emergency broadcast transmissions. REX has installed some very large DAS systems in Chicago’s McCormick Place and the Merchandise Mart as well as numerous other locations, providing robust signal to these massive structures.