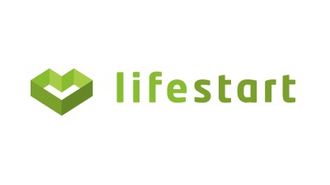 How The Fitness Center Became The Hub Of Building Amenities

When a major national construction company decided to sign an anchor lease at Sterling Bay’s Fulton West building in Chicago, it had one nonnegotiable request: a 7K SF, staffed and programmed fitness center. Not just a room with a few treadmills and some free weights, but a decked-out complex with modern equipment, generous locker rooms and, most importantly, instructors and staff to hold up to five fitness classes a day for its employees.

“It really became the epicenter for the building’s brand as a whole,” said Michael Flanagan, the CEO of LifeStart, the company that Sterling Bay brought on to design and activate its fitness center.

Tenants are asking more of their landlords when it comes to building amenities. In turn, landlords are scrambling to activate their common spaces, bringing on operators like LifeStart that turn workout centers into launchpads for building events and culture. Even for employees who may not exercise there every week or even every month, these fitness centers can become a jumping-off point for bringing lifestyle and wellness services to the entire population.

Bisnow sat down with Flanagan to discuss what goes into a well-rounded wellness program and how a fitness center can become the nucleus of a building’s amenity package.

Bisnow: What’s the role of a fitness center in the modern office building?

Flanagan: The first thing to realize is there’s more than just exercise happening in these spaces. In a LifeStart center, we could be running as many as five group exercise classes a day, but we might also provide spa services, or run a puppy yoga session or organize a community cleanup.

We make room for wellness by offering meditation classes, facials, massages, blowouts and manicures. Our goal is to give tenants exposure to a variety of offerings and create an integrated social environment that is specific to each building’s brand and culture. What we find is that eventually there are a lot more people engaging with the building's space than there would be if we just focused on fitness.

Bisnow: How does fitness fit into the scheme of amenities at large?

Flanagan: Amenities can’t just be about checking the boxes. They have to engage people, or else there’s no value. The great thing about fitness is the tight bonds it forms between people, whether they’re co-workers or they work at different companies. Why do you think team-building is always based around physical activities?

Bisnow: How do you keep users coming back?

Flanagan: It takes a customized approach. You have to meet each user where they are right now. We try to make it high-touch and welcoming, with new-member integration programs and follow-up consultations. We know that the tenant population ranges from athletic and active to sedentary, and we need to provide entry points for the entire spectrum. We've won awards for our short-term programs that allow nonmembers to engage in a way that doesn't require a long-term commitment. Over half of these nonmembers convert afterwards.

We’re also integrating with tenant experience apps like Rise Buildings and HqO, which make it easy for us to communicate directly with employees, promoting what’s happening that day, from fitness center activities to other services, like food delivery or events.

Bisnow: Why do landlords need to think about fitness centers today?

Flanagan: The expectations for the modern day worker is that an office building won’t just be a work environment. They’re looking for a collection of convenient services and experiences that they could expect to see in companies like Google or Facebook or at coworking spaces like WeWork or Convene.

Old buildings are losing tenants to newer buildings that have better established who they are and what they bring to the marketplace. It’s an incredibly competitive market for tenants. A little more than 7M SF hit the Chicago market just last year, what with 151 North Franklin, 150 North Riverside Plaza and 444 West Lake St. as well as the upcoming 110 North Wacker Ave., and the revived Old Post Office.

Courtesy of LifeStart
A rendering of a LifeStart-managed fitness center at a Lincoln Property Co. building

Bisnow: Why aren’t fitness centers something landlords can handle on their own?

Flanagan: First, there’s a lot of analytics that goes into design itself. How big a center do you need? How many lockers? How many showers? How many users should you expect? How do you handle noise attenuation? When real estate groups try to answer these questions, they can seriously misjudge the space they need and end up with a center that is completely cramped or designed without thinking about the user needs. We’ve designed close to 200 corporate fitness centers. We know what works.

More importantly, there’s actually managing the space and creating an engaging environment for members. We bring technology, social programming and back office support to our centers so the staff on-site can be dedicated to our members. We maintain a network of hundreds of specialized group exercise instructors in Chicago alone.

Bisnow: How do aesthetics come into play?

Flanagan: We’re trying to deliver the experience that a guest would get at a five-star or boutique hotel, like a Kimpton or Ritz-Carlton. The showers and lockers have to be spa quality, and the exercise studios should offer spaces for specialized classes and a connected experience, with high-quality screens for TV or virtual workouts.

It has to be a compelling space to exercise, because the boutique studios — SoulCycle or Orangetheory or Barry’s Bootcamp — have upped the ante. If it’s not competing at that level, people won’t use it.

Bisnow: What would you say to a skeptical owner who’s wondering why they should dedicate so much space to a fitness center, when they could just lease it?

Flanagan: There’s not just a desire for fitness and lifestyle options anymore, it's a requirement being written into leases. If you don’t have a fitness center, you simply won’t be competitive for maybe 50% or 60% of prospective lessees. Sure, the lessees who are signing 10K or 15K SF might not care, but large tenants looking to lease hundreds of thousands of square feet, they’re only going to bite if you have a fitness center that goes the distance.

This feature was produced in collaboration between Bisnow Branded Content and LifeStart. Bisnow news staff was not involved in the production of this content.