Commercial Real Estate Professionals Building Bonds Between Those Who Served

Entering civilian life after serving for years in the U.S. military can be a difficult transition, partly because many in the corporate world don’t appreciate how skills learned by veterans can benefit a firm.

Fernando Sosa, now a Chicago-based director with Cushman & Wakefield’s valuation group, spent much of the 1990s as a U.S. Army sergeant and assistant gunner in an artillery unit, and understands why some would have a hard time considering that relevant experience for the real estate profession. 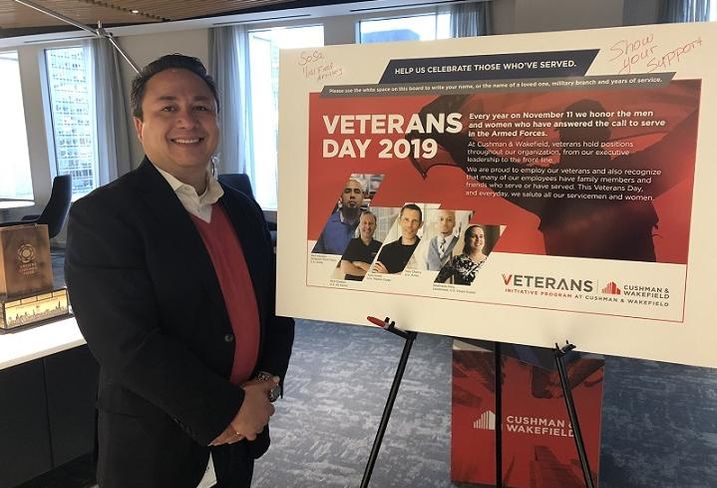 “We basically learned how to blow things up,” he said.

But such tasks, and the inherent risk involved, instill habits that veterans carry even after leaving active service.

“You’re dealing with live ammunition, so if you make a mistake, someone will die,” Sosa said.

The discipline needed, as well as the ability to quickly carry out complex assignments within a team, makes U.S. veterans ideal colleagues, he added. That’s why Sosa and other former service members working in commercial real estate have given themselves several new missions, including getting veterans started in business careers, and teaching their colleagues the value of military training.

The employee groups they help lead, such as Cushman & Wakefield’s Veterans Initiative Program, and JLL’s VetNet, among others, connect hundreds of veterans working in each company with one another, mentor newly hired veterans, fund charities, start apprenticeship programs and demystify military culture for those who haven’t served.

Dan Fernandes, now a lieutenant colonel in the U.S. Marine Corps Reserve, was also on active duty for six years, and leads JLL’s VetNet. The Iraq War veteran, now managing director in corporate solutions, said at his previous firm veterans were completely disconnected from one another, but VetNet’s diverse members, which also includes military spouses, other family members and relatives of veterans, help each other deal with the everyday corporate world.

“There is a level of comfort in being with those who have been through what you have,” he said.

And the transition to that corporate world from the military can be jarring, according to Sosa.

“My first job out of the military, my boss pulled me aside and told me to stop calling him sir.”

Sosa needed his parents’ permission in 1992 when at age 17 he joined the Army. After what he describes as a less-than-stellar high school career, he felt his life needed focus, and quickly found that the military expects its members to handle big responsibilities. 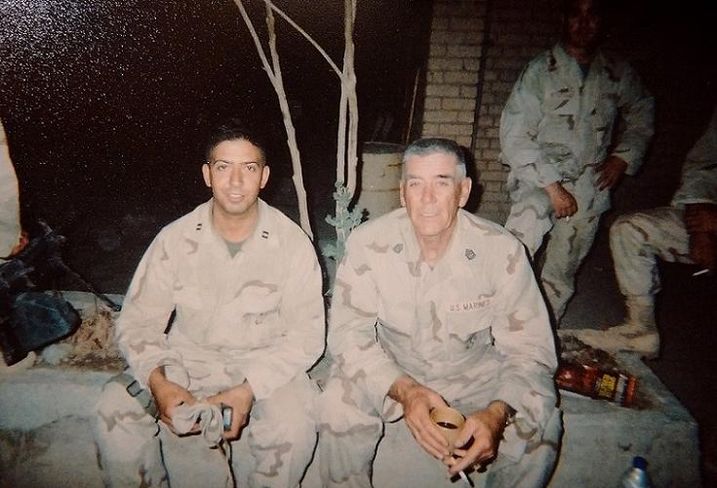 “I didn’t know what I was getting myself into, but I learned how to focus on the task at hand,” he said.

Sosa still uses what he learned as a teenage soldier taking a platoon leadership development course. Commanders taught him to ditch technical jargon, and be simple and direct when explaining tasks to new unit members. It’s a style that works especially well today when, as an appraisal expert, he testifies in legal proceedings.

“It helps you get rid of the white noise that has no purpose or value,” he said.

Fernandes said recruiters for any firm need to understand that conducting an artillery firing plan, conning a ship or exercising any command responsibilities, involve skills and talents also useful on job sites or the C-suite.

“If you’re a construction manager, you have to understand timing, and how to get all the trades to work together,” he said.

JLL’s VetNet created a curriculum for classes that teach corporate recruiters both about military culture, and what useful abilities former military members will bring to the job. And both JLL and Cushman & Wakefield officials said their firms now actively recruit from U.S. military ranks, and provide mentors, fellow veterans, to new employees.

“That creates opportunities to talk with people at very senior levels, but on an equal playing field,” Fernandes said.

“We have a number of folks who are Vietnam veterans, and who have been in the industry for many years,” he added.

JLL wants to step up these recruitment efforts, and just started a 16-week apprenticeship program in project management for those transitioning out of the military, according to Fernandes. The program includes on-the-job training at sites across the country, as well as classroom instruction, and just graduated its first trainee.

As someone who left the Army in the 1990s, Sosa said he finds such efforts, and the growing interest in the military among many Americans, including corporate leaders, quite gratifying.

“When I was in the service, even the concept of thanking people for their service did not exist. There was nothing out there that even acknowledged you had to make a transition from military to civilian life.” 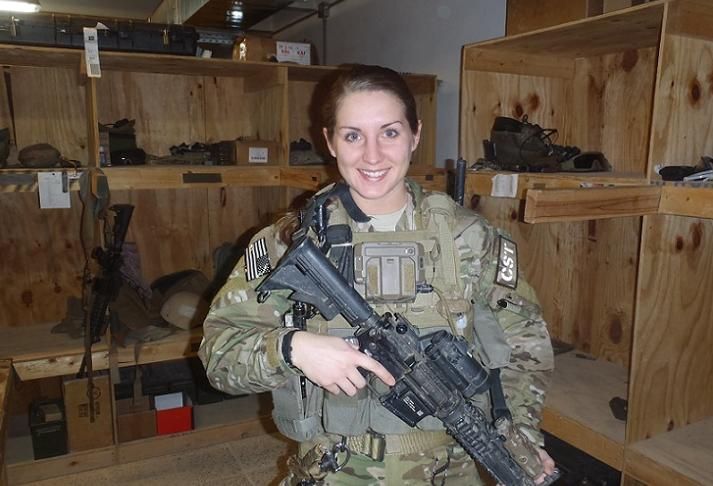 Things have definitely changed for commercial real estate professionals still in the military. Caroline Shaw, an IT project manager for Cushman & Wakefield, is also a first lieutenant in the U.S. Army Reserve. She joined the service eight years ago, and has already deployed four times, including a recent stint commanding a signal corps unit in Kuwait.

That deployment lasted more than one year, but did not interrupted her career.

“It’s been a crazy time, but Cushman & Wakefield has been super supportive of my service,” she said.

Shaw does feel, however, that gaps remain in the public’s knowledge about military life and the sacrifices and responsibilities it can entail for those still on active service.

“There is still a huge divide that seems to exist between everyone who has any military affiliation, and the rest of the population that doesn’t know anyone in the Army Reserve or in the National Guard.”

Above all, she wants people to know that for many reservists, especially those in leadership positions, the time commitment is more than one weekend a month.

“It means a lot of time spent taking care of administrative tasks, and conference calls at night, or temporary duty trips.”

Still, for all the hassles, Shaw loves both her jobs, and has no plans to leave either.

“I am crossing my fingers that I will get my promotion to captain any day now.”