From state trophies to sushi to world records, commercial real estate's fascination with fish continues to scale new heights. Here's how five of your own keep it reel: 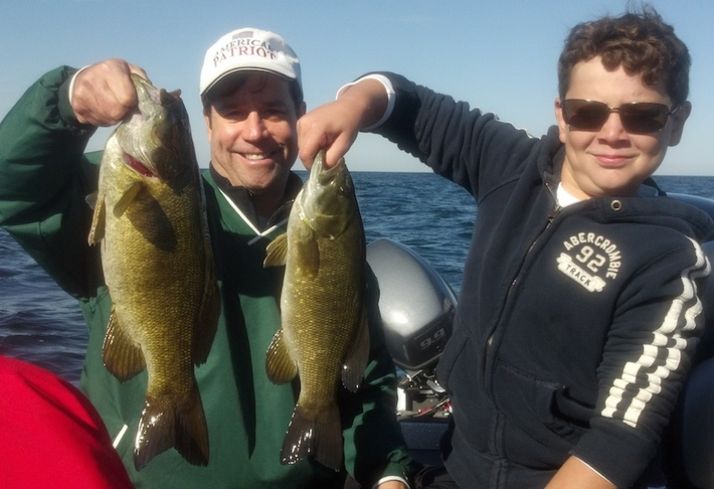 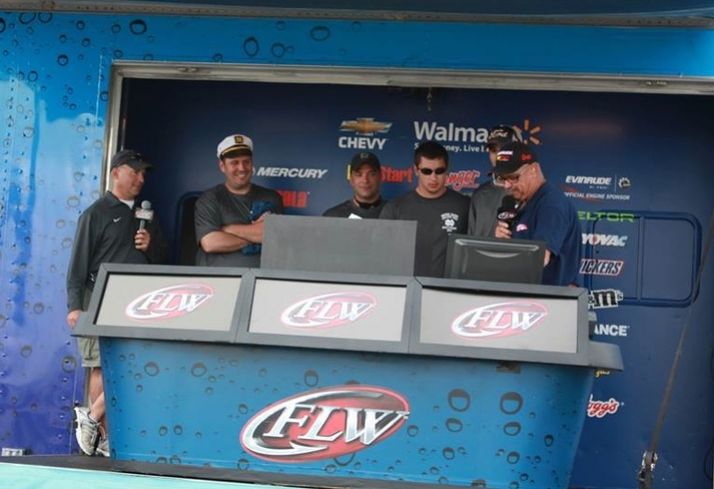 Did you know bass fishing is a high school sport in the State of Illinois? (Last year more than 230 high schools competed.) Cushman & Wakefield agency leasing director Dan Svachula tells us he proudly coached the Niles-based Notre Dame College Prep team to third in state in 2013. (In the skipper hat above, at the fish weigh-in.) Dan grew up fishing at his Wisconsin summer home on Lake Delavan and started up a team at his alma mater three years ago (the sport’s been around for five). The rules: two boats per school with two students and a coach in each. The sectional competition was held at the Skokie Lagoons and the three teams that caught the most large mouth bass (by net weight) advanced to the state championship. 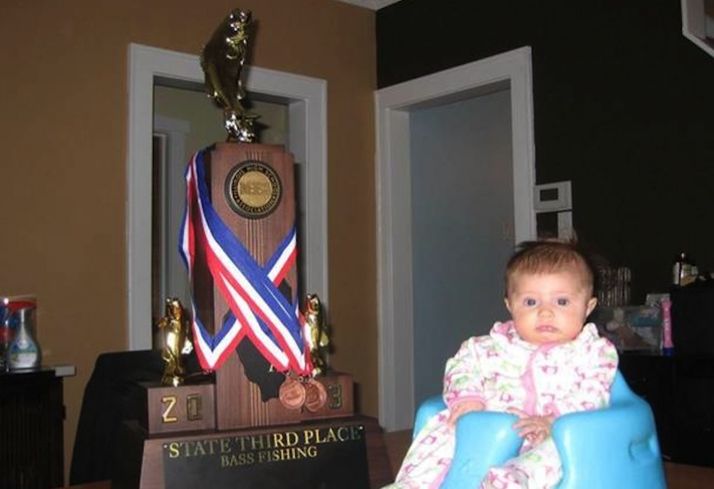 Another real estate connection: The Telos Group’s Matt Pistorio lets the young fishermen use his boat each year. Though they nearly sunk the boat on practice day and heavy storms shortened the competition, the team persevered and took third out of 51 teams (after catching zero fish in the two years prior). The trophy’s snapped above, though Dan’s daughter Ella seems wholly unimpressed. Since Dan joined C&W over two years ago, its suburban office portfolio has grown from 600k SF to 2.5M SF (16 buildings). He looks forward to the weather thawing so people are more willing to venture outside and tour space. 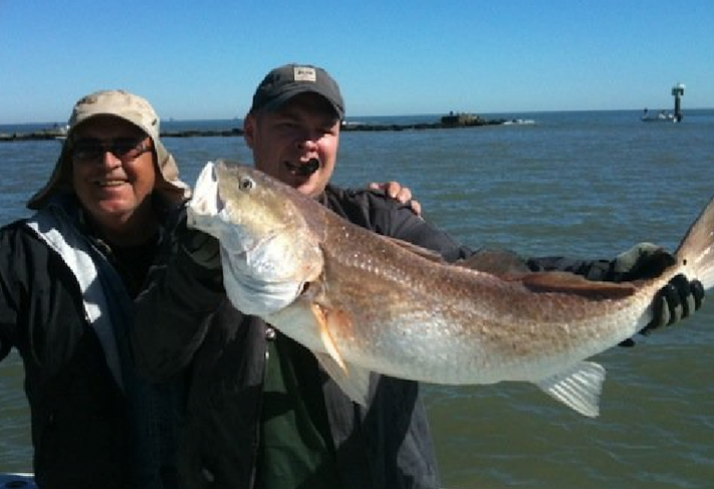 Hansen Realty’s Bob Sempsey (right) caught this red fish on his best day of fishing ever, two years ago with his dad Bobby in Galveston, Texas. They hooked red fish like that all morning, he tells us, and this one was the first and biggest. Bob’s noticed new bank-owned product coming online to multiple offers and all cash buyers very quickly, a markedly different climate from a couple years ago. While pricing was better the last few years, investors are feeling more comfortable buying into an upwardly trending market, and many old players and new buyers have entered the fray, he says. 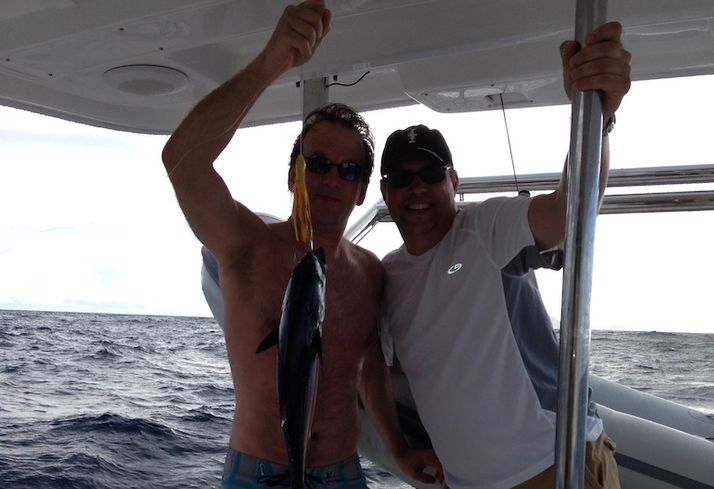 Last month Summit Design + Build senior project manager Patrick Brown (right) chartered a 40-foot bareboat catamaran and sailed around St. Marten, St. Barts, and Anguilla. (You do your own sailing, cooking, and sleeping on the boat.) His fish tale: they caught a nine-pound mini tuna (above), and promptly seared it and made sesame crusted tuna with Asian dipping sauce (below), that evening. They also caught a 24” barracuda with extremely sharp teeth, he tells us. 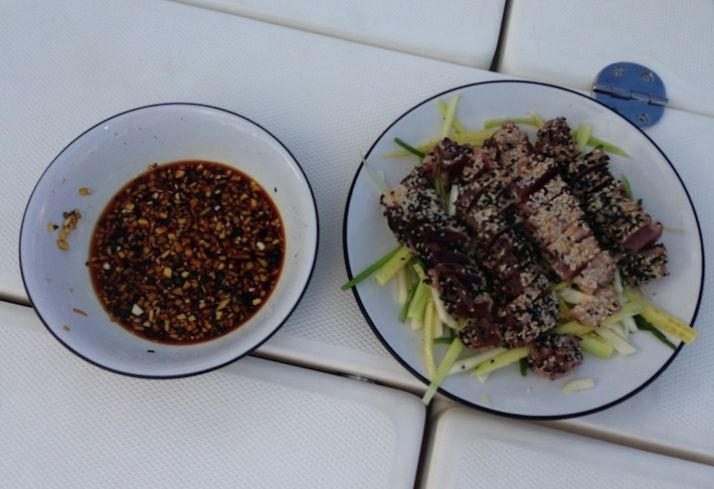 At work, Patrick’s team is redeveloping 88k 401 N Morgan for Untitled owner Marc Bushala. Adaptive reuse in Fulton Market is on fire, he says, and Summit’s four large projects in the area include the repurposing of an old meatpacking plant and a manufacturing facility into office and mixed-use. Food processing and light manufacturing have also taken off; Patrick’s working on pre-construction for Eli’s Cheesecake and Vienna Beef, plus construction for Taylor Farms. 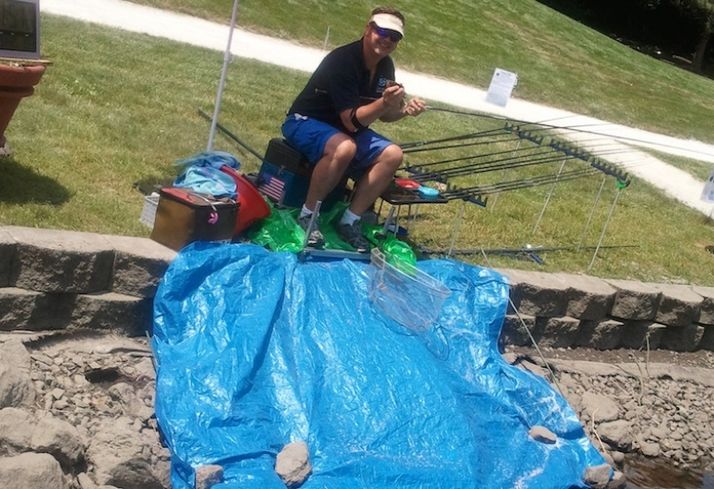 The McShane Cos’ Johnny Wilkins tells us about the 540 that got away. Last July he attempted to break the Guinness World Record for most fish caught in 24 hours at the Lake View Nature Center in Oak Brook Terrace. Tragically it was a slow day, and he only landed 2,011 fish and struggled to keep himself awake (he jokes). He’ll give it another go in May and “the attempt will be a winner even if I get skunked,” he says. He’ll be fishing for Ronald McDonald House Charities and to show off how great fishing is locally. If you’re looking to make history, he’d love your help in logging his catches.