CRE Dads Are The Best

Where would we be without Dad? He taught us how to drive, grilled our Friday night dates (or taught us how to be grilled by our dates' fathers), and eventually explained cap rate compression. In honor of Father's Day, meet these fantastic commercial real estate fathers: We’ll start by congratulating Baum Realty Group VP Greg Dietz, who had his second child on Tuesday! He’s snapped with Avery, then four hours old. Greg balances work and family by rolling with the punches and staying flexible. That usually means early to bed and an equally early alarm to fit everything in, but walking in the door to his family at the end of the day is a handsome reward, he says. He and his oldest, Emerson (21 months), love to go hiking at Indiana Dunes State Park, and he’s looking forward to spending Father’s Day with his two little girls and giving his wife some much-needed R&R. At the office, he and Danny Spitz closed four deals in two days during the last week of May, including a 31k SF, four-property portfolio in Fulton Market, 1015-21 W Lake St. 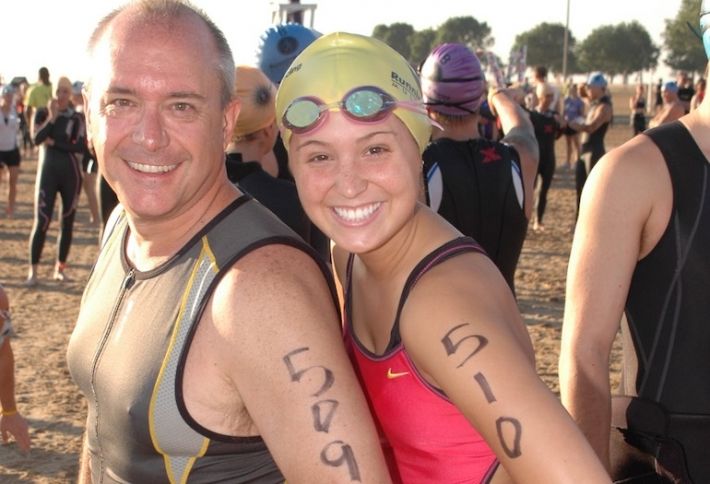 CBRE senior project manager Larry Saint Germain feels lucky he can share all sorts of endurance races with his 23-year-old daughter, Marissa. Long training sessions give them a chance to catch up on what is happening in their lives, and last year they completed their first Half Ironman together in Racine, Wis. “Yes, she is a faster runner and swimmer, but the old man can out-bike her any day,” he jokes. It might seem obvious, but you have to consciously put down the phone, close the laptop, and make time for family, Larry says. He likes going hunting with his 20-year-old son Tyler, and they also talk shop since he’s an urban planning major at Miami of Ohio. At work, Larry says he’s seeing a wide range of activity, from 5,000 SF TI projects to major build-to-suits. 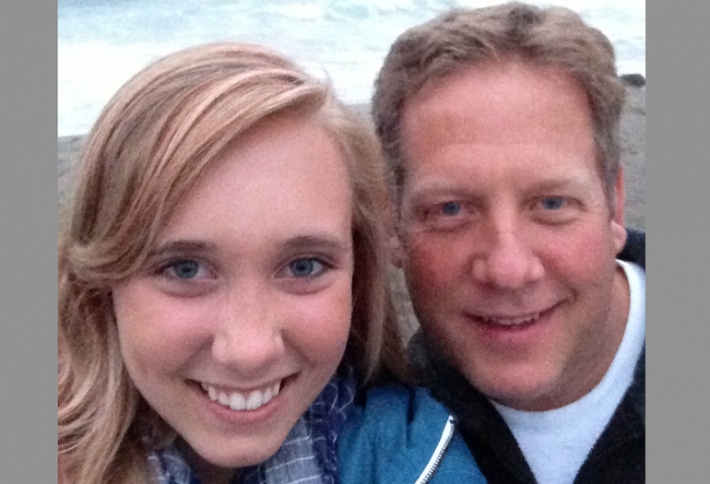 Coldwell Banker Commercial NRT broker Jim Hodur has loved having his 18-year-old daughter Hailey stop by the office and help out this year, both an incredible bonding experience and an early real estate education. A fun excerpt from her Pulitzer-worthy Father’s Day card, “Thank you, Dad, for so many things… for encouraging me to forge my own path… for helping me recognize the inherent value of ice cream sundaes, the versatility of duct tape, and the irreplaceable nature of a good friend.” Hailey and Jim also love summers at the lake house and watching the Hawks together. At the office, Jim just completed a lease for Art and Science Salon on Orrington in Evanston.