River North May Prove Resilient To Pandemic, But It's Going To Hurt In Fulton Market

The office market in the West Loop neighborhood of Fulton Market was all set for a historic year. The now-trendy district started 2020 with a total inventory of around 4.2M SF, but developers attracted by the robust leasing that brought in Google, McDonald’s and WeWork have an additional 2M SF under construction and set for delivery in the next 12 months. 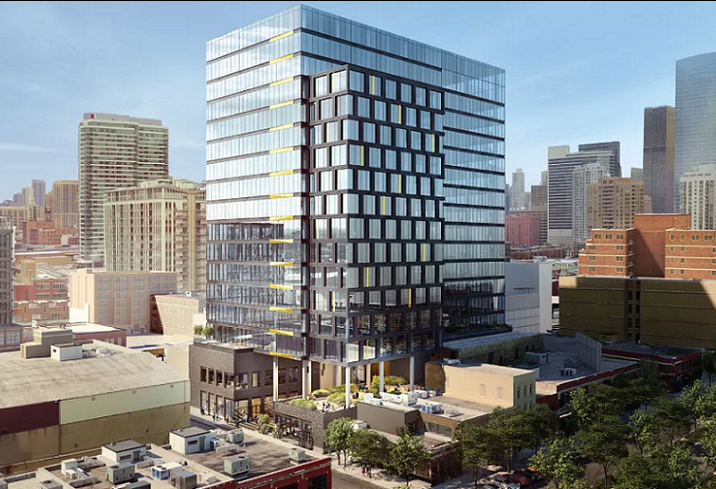 But with so much new space coming online and a dense concentration of coworking space, what had been the central business district’s hottest submarket now faces a lot of uncertainty, according to Colliers International, which just released stats on Q1.

“Considering possible social distancing changes, the businesses of this community may see a dip in attraction in the near term,” Colliers said. “The coworking model is expected to change dramatically and such a high percentage of coworking firms in the area may make the area vulnerable to vacancy increases, in particular sublease vacancy, in the near term.”

By the end of the year, the neighborhood will host more than 600K SF of coworking space, including WeWork’s 133K SF on three floors at 167 North Green St., a new tower that developers Focus and Shapack Partners began building in April 2019 and plan to finish by the end of 2020.

The submarket’s vacancy rate shrank to 7.5% by the end of last year, but with the completion of several major office projects, including Sterling Bay’s 333 North Green St., a 19-story, 553K SF office and retail building, the rate jumped in Q1 to 15.2%, even after 228K SF of positive absorption. 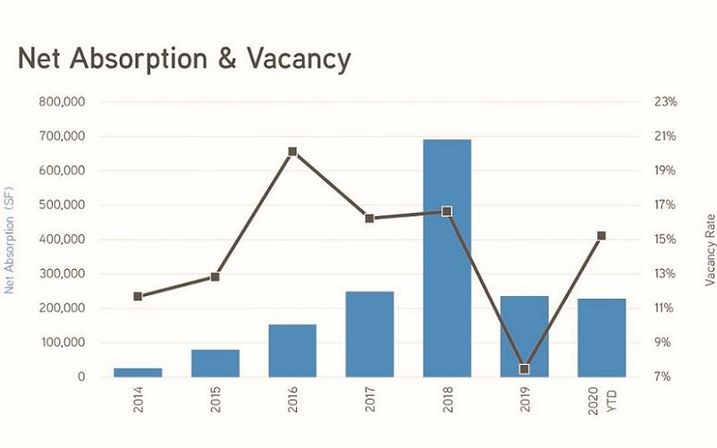 Among CBD submarkets, River North may have the best chance of making it through the pandemic without permanent damage, Colliers said. Like Fulton Market, it’s a former warehouse and industrial loft district attractive to creative users. But River North is already highly developed, and its more than 16M SF inventory has a diverse mix of tech firms and creative firms, along with residences and entertainment options that keep attracting new tenants.

The neighborhood’s vacancy rate now stands at 10.3%, and many new lease deals were completed in the last two years, Colliers said.

“Tenants in these assets looking elsewhere for a deal will have a difficult time finding comparable space with the same amenity access and ease and proximity of public transportation,” according to the Colliers report.