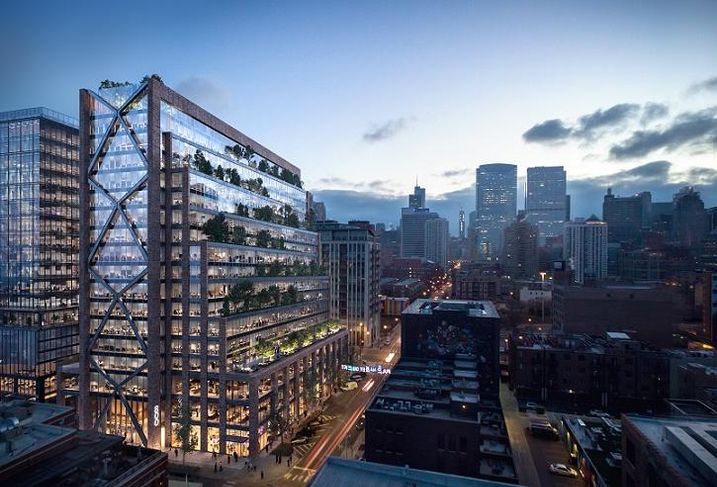 Fulton Market already has the lowest vacancy rate of any submarket in the Central Business District, and it seems likely to hold onto that title even though developers keep breaking ground on massive new towers.

Thor Equities Group is the latest developer with something to celebrate.

The new anchor tenant provides business support and administrative services to dentists nationwide, and now leases about 50K SF at 1040 West Randolph St. It will occupy the top half of 800 West Fulton Market, as well as 8K SF of street-level retail space.

The vacancy rate in Fulton Market plunged from more than 16% one year ago to just 7.5% at the end of 2019, according to Colliers International. With the launching of 800 West Fulton Market, developers now have 3.6M SF under construction, pushing Fulton Market ahead of West Loop as the city’s most active submarket.

“We love the culture here and have had great success finding the type of people we love to work with,” Intercom CEO Eoghan McCabe said.

The company will occupy Sterling Bay’s current headquarters space after the developer moves its new headquarters to 333 North Green St., also in Fulton Market and currently under construction.