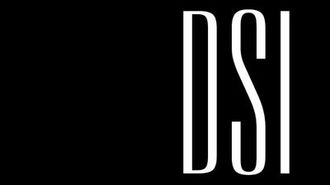 A Look At The Company Behind Chicago's Most Challenging Renovation Projects

Development Solutions Inc believes amazing things happen when the right people are brought together. It would know; the company has deployed skilled teams to conquer some of Chicago's most challenging development projects.

“While performing construction in an occupied building, the construction site had to be safe and presentable for tenants at all times,” Tim tells Bisnow.

“Two-week and four-week look-ahead schedules were instrumental to the success of this project. A substantial amount of work had to be performed during off hours and cleaned up the very next business day to keep the building safe for tenant usage.”

Keeping tenants’ safety in mind was not Team DSI’s only responsibility. The building at 333 North Michigan Ave doubles as a prime office destination and a treasured landmark. Protected by the Chicago Historic Society, all finishes had to be pre-approved and the renovations needed to replicate the original building from 1929. During the 20-month project, the DSI team had to navigate more than $5M worth of unexpected scope revisions.

The finished project displays a newly renovated lobby and storefront entrance, corridor and bathroom updates on several floors, a new curtain wall near the building’s summit, updated electrical closets with a 208V Bus Duct serving the basement to the 24th floor, new solarium windows on the 26th story, elevator modernization on three lifts and renovations to 11 others, and more.

Plus, DSI was juggling multiple major Chicago projects. It coupled the 333 North Michigan undertaking with a four-phase renovation of the Franczek Radelet Law Firm on South Wacker Drive. DSI teamed with Nelson Architecture to service Franczek, which has been its client for 20 years.

Shannon Cox, project manager for this renovation, said that the challenge was to renovate the entire 30k SF space while the tenant maintained occupancy. The task list included adding a new conference center, reception area and offices and upgrading the existing conference rooms. The project required each of the four phases to be independent of one another and allow the Franczek staff to continue business as usual. This included maintaining uninterrupted power, phone and IT services.

Both Tim and Shannon say the unique challenges presented to DSI with these projects gave them the opportunity to demonstrate what makes DSI unique. The commitment to teamwork, flexibility and unparalleled client experience has allowed DSI to separate itself from the competition.