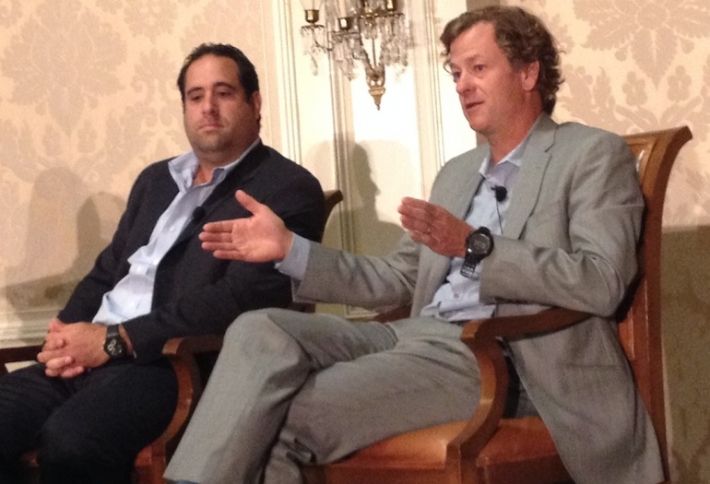 One of our favorite parts of the DLA Piper summit this week was a panel focused on the new world of real estate. Snapped: New York-based WeWork head of real estate Mark Lapidus and San Francisco-based LiquidSpace CEO Mark Gilbreath. Mark G says LiquidSpace is looking to solve three problems: having too much space; too little space; or the wrong space. Like the consumerization of other industries (Uber, Airbnb, Postmates), the firm offers on-demand real estate (for one hour, one day, etc.) in 600 cities. Founded in 2010, WeWork is on track for 3.5M SF of collaborative, month-to-month space by the end of 2015. 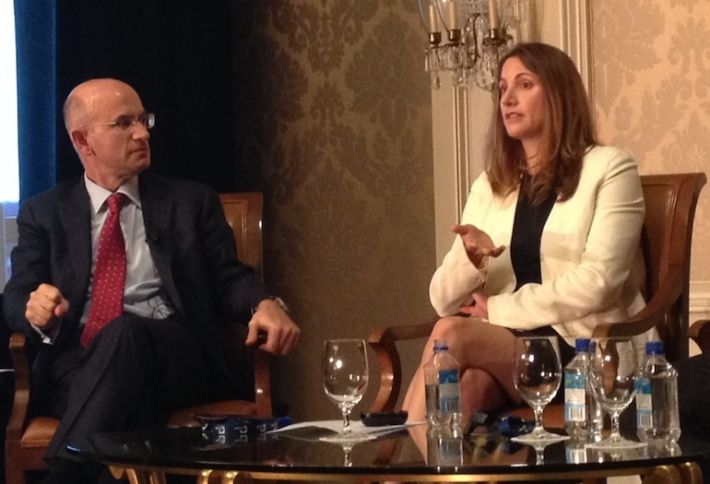 While shared office space is not a new business, WeWork tries to make it young and fun, capitalizing on fundamental shifts in urbanization, the shared community, and entrepreneurship, Mark L says. Here’s DC-based Vornado/Charles E Smith prez Mitchell Schear (moderator) with San Fracisco-based Forest City SVP Alexa Arena, above. Alexa described the forces that shaped the firms’ 5M Project, a reimaging of the San Francisco Chronicle’s four-acre site. It looked to create an urban ecosystem, unlocking the site's underlying value through experiential events and diverse networked environments. (You know you’re on the right track when Square prototypes its product on-site and Yahoo insists on moving in.) 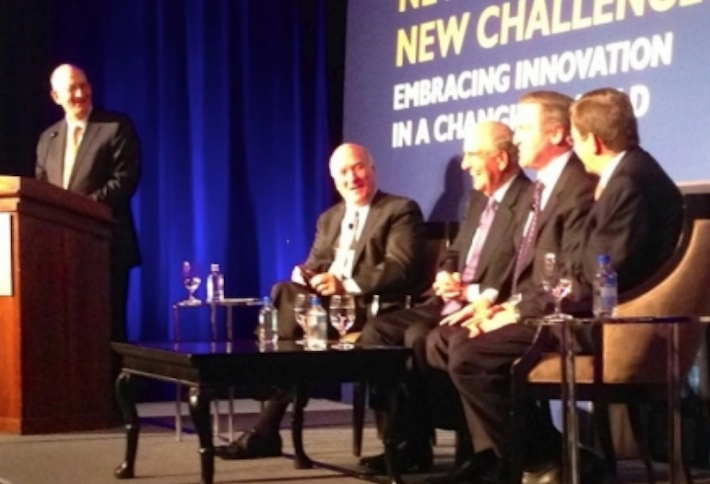