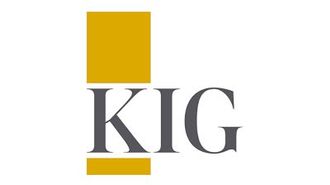 Chicago may have Todd Frazier and Kris Bryant smacking homers, but as this video shows, the Midwest’s real heavy hitters have been three domestic financial hubs.

KIG managing partner Todd Stofflet tells Bisnow that from January 2012 to May 2016, an average of $253.5M in capital flowed into the Midwest per month. That's $8.3M a day.

KIG financial analyst Dan Gonzalez says tempered expectations in other cities helped spark interest in Mid-American hubs, with about 60% of the $22.2B invested into the Midwest since 2012 coming from non-local investors chasing higher yield opportunities.

For more info on the finances driving the Midwest multifamily market, and to learn more about our Bisnow partner, click here.

KIG Analytics
KIG CRE LLC ("KIG") is a data-driven institutional multifamily brokerage firm based in Chicago and operating throughout the Midwest. KIG works with institutional owners and investors on the acquisition and disposition of large multifamily properties, including both newly constructed and existing communities with value-add potential, as well as larger portfolios and land sites. To date, the KIG team has brokered $2B in multifamily sales including 32,000 units and 145+ acres of multifamily land. Through the firm’s data arm, KIG Analytics delivers proprietary market intelligence to today's institutional investor, giving KIG a competitive edge in the marketplace. For more information, please visit www.kigcre.com.
Confirmed! You are subscribed to the Bisnow Chicago E-Newsletter.
Most Read Stories
More Top Stories
Bisnow Chicago Newsletter
Bisnow Chicago Newsletter