Pilsen At A Crossroads: Multifamily Players Try To Balance Demand With Gentrification Fears

Demand for multifamily units near Chicago’s downtown remains robust, but in Pilsen on the Near Southwest Side, activist groups watch vigilantly for signs of gentrification, and with the political power of those groups increasing, brokers and developers that work in the neighborhood have to walk a fine line between encouraging new investment and creating housing that excludes current residents.

And with massive new developments like The 78 set to start rising nearby, along with the addition of new neighborhood amenities such as El Paseo, a biking and walking path that will wind through the area to neighboring Little Village, demand from higher-income renters will probably increase, and perhaps set the stage for even more controversy. 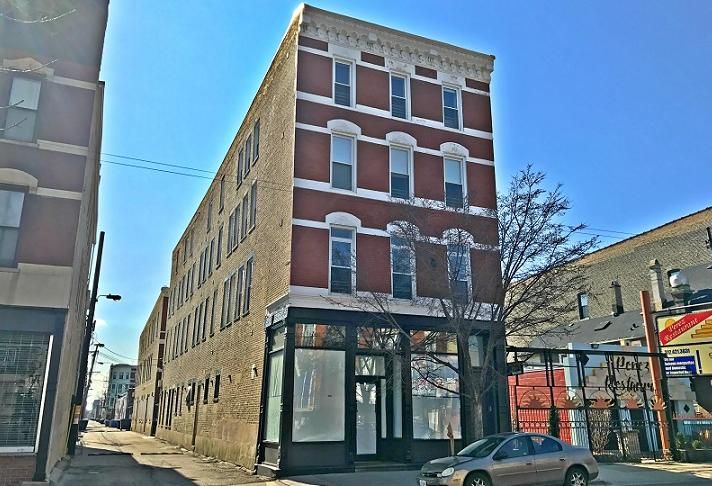 “People are starting to take notice of the perfect location,” Interra Realty Director Jeremy Morton said. “Pilsen is attracting a more diverse group of tenants coming from other neighborhoods.”

Not only does Pilsen lie just a few miles southwest of downtown, it is served by the CTA’s Pink Line, allowing anyone who works in the Loop to make quick trips, and UIC is also a few miles away, making the neighborhood convenient for students.

Morton expects more people from outside the community to express an interest in living there, including nurses who work in the nearby Illinois Medical District, students from University of Illinois at Chicago, and others getting priced out of neighborhoods like the West Loop.

Morton said his group has done a lot of work in Pilsen recently, and is starting to see a volume pick up. In the past three years, he and Interra Managing Partner Ted Stratman closed nearly 30 multifamily sales collectively valued at $25M, according to CoStar.

Neighborhood activists say they are not against new development or investment. They just want to ensure current residents don’t get pushed out by rising rents and property taxes.

Byron Sigcho-Lopez, the new alderman-elect for the 25th Ward, which covers much of the neighborhood, was formerly the executive director of Pilsen Alliance, a group that has fought the introduction of luxury housing. He said he would like to see new local development set aside as much as 30% of new units as affordable housing.

“There is a concern that we are not creating enough housing that’s affordable to local residents,” Sigcho-Lopez said. “Pilsen is an economically diverse community and residents of moderate-to-low income are consistently excluded from consideration to the detriment of all of Pilsen.”

The Interra team said they recognize the unease new development and investment can cause.

“There is a strong sense of community in the neighborhood,” Morton said. To many of the potential sellers they work with, the properties “are not just buildings, they’re homes.”

He advises brokers to get to know the neighborhood, walk the streets and meet potential sellers in their homes for coffee.

“We place a priority on keeping the neighborhood’s interests in mind,” Morton said.

That includes keeping nonprofits in the neighborhood up-to-date on what properties may become available.

“We try to dig up opportunities for them as well,” Stratman said. 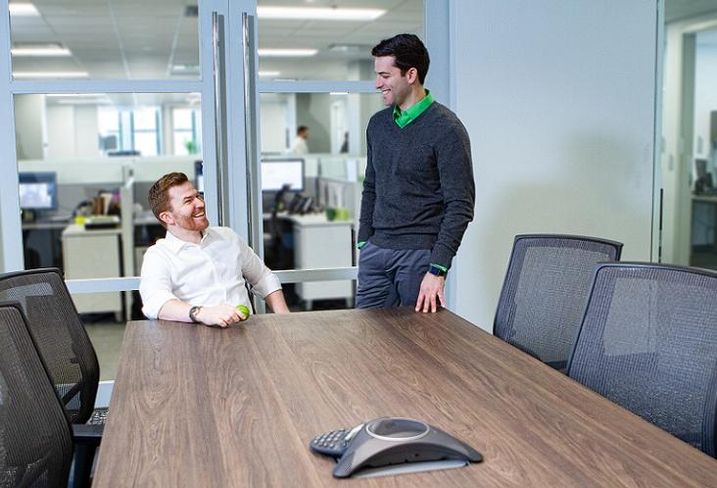 Working in Pilsen involves dealing with a diverse group of players, Morton said. Buyers can be investors who want to enter a tight market that won’t see much new supply in the near future, and they can be nonprofit affordable housing developers looking to acquire dilapidated buildings that need updates. Others are local property owners that have lived in Pilsen for decades, and seek to expand their holdings.

Whatever their background or aims, Pilsen investors typically have to stick with small deals, as there are few large apartment buildings, and most private developers say community demands for a 30% set-aside for affordable housing will deter then from constructing large-scale buildings.

Last summer, for example, Stratman and Morton represented the buyer and seller in the $3.1M sale of 1157 West 18th St., once a distressed and vacant 13-unit building. The seller, a real estate partnership, acquired the property in 2014 for just $600K, according to Cook County property records. It spent over $1M on a renovation, Stratman and Morton said, and the buyer was a group of individual investors who grew up in the neighborhood and understood the desirability of the location on 18th Street.

Buildings like this will keep investors interested in the neighborhood, even if bigger investment opportunities, such as new multifamily properties, don’t materialize, according to Stratman.

“Nice, vintage historic properties are part of the reason so many people are attracted to Pilsen,” he said.

Stratman also expects that in the near future, the lack of available units will cause investors to focus more attention on buying up portfolios. Last year, Interra brokered the sale of a six-building portfolio, with about six to seven units each, for a total value of about $10M.

Sigcho-Lopez wants to see more investment, but also worries what he calls a broken property tax assessment system could drive neighborhood residents out by driving up their costs as new development boosts property values. New Cook County Assessor Fritz Kaegi has promised to reform the system and lower the tax burden on homeowners.

“Big developers benefit from higher profits and from carrying a fraction of the property tax burden since they have the means to appeal their taxes with experienced attorneys,” Sigcho-Lopez said. “All of this while local, long-term homeowners struggle to pick up the difference or are forced to sell, starting the unsustainable cycle of displacement over again.” 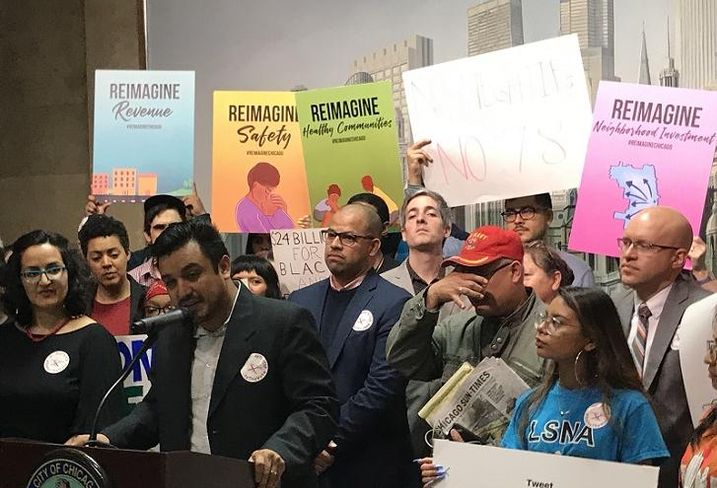 El Paseo, part of former Mayor Rahm Emanuel’s signature “rails to trails” plan, is a poster child of the tension between growth and gentrification concerns.

The project is expected to further boost the number of people who want to settle in Pilsen, and has been presented as an appealing amenity for the neighborhood.

But Sigcho-Lopez and many current residents see El Paseo as a possible threat, and want the city to take action. They point out that the first of such trails, The 606 in the Humboldt Park neighborhood on the Northwest Side, sent prices soaring along its 2.7-mile length. During the recent election, about 90% of voters in precincts along El Paseo voted in a nonbinding referendum to demand that developers reserve 30% of new units in the area for affordable housing, freeze local property taxes and set aside funds to create even more affordable housing.

Sigcho-Lopez said he will welcome both market-rate developers as well as nonprofits, as long as they recognize many residents want to stay.

“We want to create sustainable and inclusive development — not development that provides lip service to these residents but provides real housing opportunities for a diverse and culturally rich community that we all have an interest to preserve,” he said. “With a process that is inclusive, we can bring in capital to upgrade existing stock while centering the community’s vision of development without displacement.”

Morton and Stratman seem comfortable with Pilsen’s new political realities, and believe investment will continue flowing into the neighborhood.

“Only time will tell, but we believe the new alderman has the neighborhood’s best interests in mind,” Morton said.