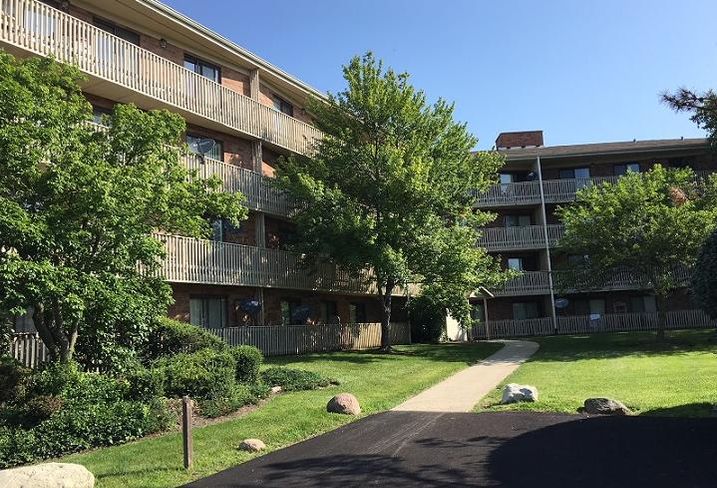 Between the Chicago City Council recently tightening rules governing how investors can transform condominium developments into rental communities, and the recent headlines about Lake Point Tower residents tightening their bylaws to shut down a deconversion attempt, you might think deconversions were dying in Chicago.

But out in north suburban Gurnee, one just got done, showing such opportunities may still be abundant in the suburbs, especially with older workforce housing.

“There is sometimes a huge spread between what units are worth as condos, and what they are worth as apartments,” 33 Realty’s Sean Connelly said.

Connelly and his colleague John Meyer represented Deer Creek Condominium Association in the recent $18.5M deconversion sale of the property at 1600, 1700 and 1800 Wedgewood Drive to Laramar Group.

Built in 1983, the 198-unit Deer Creek Condominiums consists of mostly one- and two-bedroom units and was converted into inexpensive condominiums during the run-up to the recession, when the market for condos was hot. That market’s collapse, and the robust performance of the multifamily market during the recovery, changed everything.

The owners of Deer Creek’s one-bedrooms generally received a 70% premium for their units, while two-bedroom owners got about 40%, Connelly said, and between 80% and 90% of the owners voted to support Laramar’s offer.

“There are not a lot of entry-level buyers now, but they do make sense as apartments,” he added. “When we brought it to the condo association, it worked for everyone.”

According to state law, a potential buyer needs the support of 75% of a condo property’s owners before a sale can go through, although in Chicago the requirement is now 85%.

This is not the first time an investor took a serious look at Deer Creek, which already had a number of bulk owners.

The property is 85% occupied, and its heated underground parking, pool, fitness center, soccer fields and tennis courts should make it appealing to renters, Meyer said.

The market for suburban deconversions still has legs, he added.

Deconversions will work with many condos, but may be especially popular in workforce housing communities, as many in the region were built 40 or 50 years ago, and some owners now face onerous maintenance costs.

“The last thing they want to do is throw good money after bad,” Meyer said.

“We’re looking at a lot of these right now.”