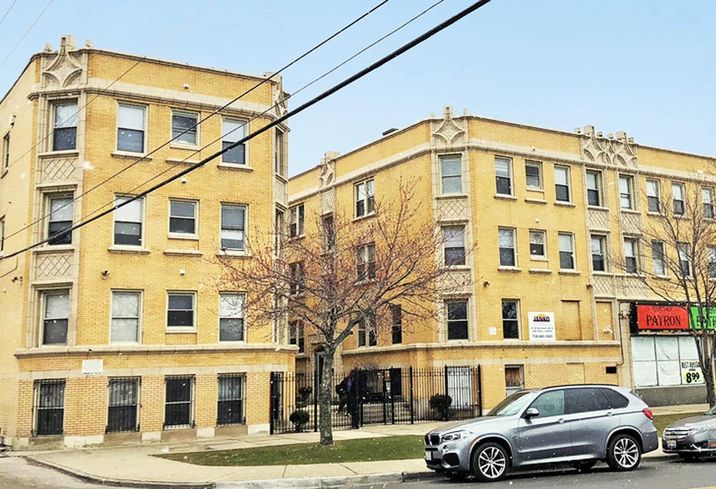 An undisclosed buyer purchased a mixed-use multifamily/retail building in Chicago's Austin neighborhood for $2.1M. At $60K/unit, that sale price is one of the highest ever per-unit in the neighborhood.

The property, at 5550 West North Ave., has 31 multifamily units and four retail spaces. The residential portion was nearly 100% occupied at the time of sale, and three of the four retail blocks are leased. The building was recently improved with updated electrical and plumbing.

“The sale at 5550 West North Ave. is a great example of continued investor demand for economies of scale through the acquisition of larger apartment buildings with upgraded finishes and stable operations,” Fryman said.

Multifamily in the broader Central Cook County area is thriving, with 4.4% vacancy and rents going up 6.7% year over year in Q2 2018, according to Marcus & Millichap. With some of the city's highest crime, poverty and unemployment rates, Austin does not often benefit from these trends, but revitalization in the area has started to get traction. The sale on North Avenue was positioned as a deal with upside.

The Interra team also closed the sale of 4901 South Michigan Ave., a 20-unit multifamily building in Bronzeville, for $2.1M. At $105K/unit, this sale also was one of the highest per-unit prices in its neighborhood.

“These deals illustrate the interest investors have in buildings with a reliable performance in neighborhoods that have experienced less price appreciation,” Interra Realty co-founder Jon Morgan said. “Because of our block-by-block familiarity with these areas, we are able to source opportunities for buyers who are interested in properties with upside potential.”