After A Decade Of Waiting, Giant Mixed-Use Development Coming To Suburban Grayslake 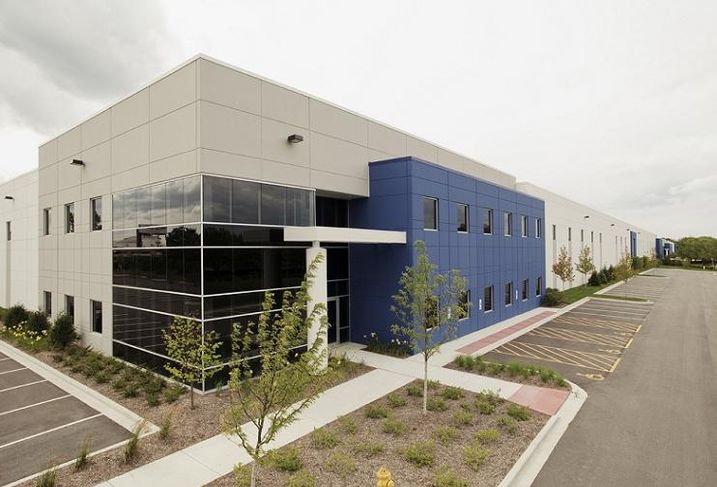 More than a decade after it was first approved, a giant mixed-use development in northwest suburban Grayslake is finally underway.

Medline Industries agreed to be the first tenant at Cornerstone, a 641-acre site at Peterson Road and Route 83. The Northfield, Illinois-based manufacturer and distributor of medical supplies will occupy a 1.4M SF warehouse now under construction by The Alter Group, Cornerstone’s developer.

Alter officials said they plan to create about 3M SF of light industrial, research and office space over the next 12 years in multiple phases at the $750M Cornerstone project. The first phase will be built on a 310-acre parcel north of Peterson Road.

“Medline chose Cornerstone over major parks in Indiana and Wisconsin because of the quality of our labor force, our lower taxes and our transportation infrastructure,” said Kevin Considine, president and CEO of Lake County Partners, a nonprofit economic development agency. “As I see it, the planning that has gone into this project will pay huge dividends to Lake County, especially Grayslake, Mundelein, Libertyville and the Round Lake communities.”

Alter plans to complete the building in early 2021, and Medline will then move its operations in nearby Libertyville to the new, LEED-certified structure.

It has been a long road for the suburb of Grayslake. The village board first approved the project in October 2009, when the U.S. economy had bottomed out during the Great Recession, and the land has sat vacant ever since, partly stalled by economic conditions, according to the Lake County News-Sun. But conditions changed, and the new development should provide a further boost.

“The area has become a hub for biotech, pharmaceutical and packaged goods industries,” Alter President Michael Alter said in a statement. “The development will leverage the growth of Northern Cook and Lake Counties to be a powerful revenue generator for local and county government and schools throughout the life of the development.”