Industrial Developers Are Hitting The Accelerator 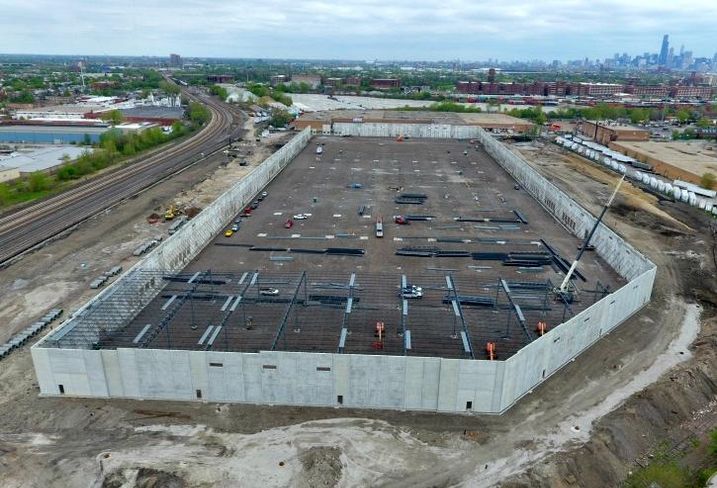 Industrial developers in the Chicago region seem confident about their 2019 prospects.

Developers now have 60 projects under construction, with a total of 18.9M SF, according to Colliers International, which just released its year-end report on the sector. That is more than double the amount underway at this time last year and may bring the pace of construction back to where it was in 2017, when builders delivered 24.6M SF, nearly double the amount finished in 2018.

Their confidence may spring from the fact that many of the buildings recently completed on a speculative basis attracted a stream of tenants. Tenants have leased 65% of the spec space completed since 2013, and that figure has steadily risen, according to Colliers’ data.

The construction ramp-up took place in the past few months. Developers began 26 projects totaling 8.1M SF during the fourth quarter of 2018, the greatest quarterly new construction start total since the fourth quarter of 2016. That strong finish means 81 buildings totaling 23.1M SF were started during the course of 2018, the second-largest annual total in the market's history after 2016, when developers broke ground on 92 projects totaling 28.8M SF.

As the boom continues, developers are filling out relatively new submarkets.

Southeast Wisconsin is now considered an integral part of the Chicago region’s distribution market, and it had the quarter's largest local new construction start. Walls are going up on an 815K SF build-to-suit facility for ULINE in Kenosha, alongside the company's recently completed 800K SF building across Interstate 94 from the new Amazon facility.

The greater need for distribution facilities as close as possible to dense populations means Chicago is also getting its share of new construction. Marina Cartage completed in the fourth quarter its 633K SF speculative facility, known as Marina Crossings, at 2075 West 43rd St. in Chicago. It is the city's largest speculative development in decades and the region’s largest building completed in the fourth quarter.