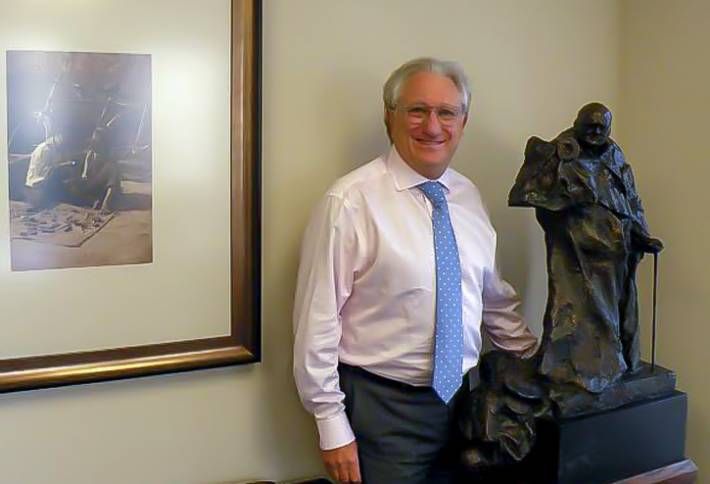 In June, lodging and hospitality visionary Laurence Geller (whom we snapped in his Chicago office at 625 N Michigan Ave) cut a deal with billionaire Sam Zell to buy the Waldorf Astoria Chicago for $112M. The record acquisition was his second announced deal since stepping down as president and CEO of Strategic Hotels & Resorts in 2012. At his new firm, Geller Investments, he's also teaming with Conrad Hotels & Resorts to build a 290-room Conrad hotel in a former office building at 101 E Erie, which will be delivered next year. And he's repositioning and redeveloping the 470-room Washington Marriott Georgetown hotel in DC. In this exclusive Bisnow interview, Laurence discusses what he did during the downtime, lessons learned, and his triumphant return to real estate.

Bisnow: There was a three-year gap between when you left Strategic and the announcement that you were developing the Conrad. How did you spend your time?

Laurence Geller: Well, many would argue I don’t have a soul. What I did was throw myself into my civic and philanthropic responsibilities. I was passionately involved in Choose Chicago (the city’s tourism bureau). I feel passionately that Chicago is on the cusp of greatness. I’m also a chancellor at the University of West London; we raised $76M to build an extension to the university. I’m chairman of the Churchill Center, and we’re building a library and center at George Washington University. What I didn’t want to do, at that stage, was repeat myself and go running around the country. I wanted to put my money where my mouth was and focus on Chicago.

Bisnow: So how did the Conrad deal come about?

Laurence: About a year before the announcement, a friend owned the office building that is becoming the Conrad. It took an extensive amount of time to get the planning, financing and permissions in place. And we decided that until we put that away, we didn’t want to go headlong into anything else. I was still sensitive about Strategic. I didn’t know if I wanted to compete with them. It was a hard decision but, once I realized the strength of this market and the incredible returns our investors will get off this conversion—we’ll be the cheapest luxury conversion, by far, in the market—I was in. 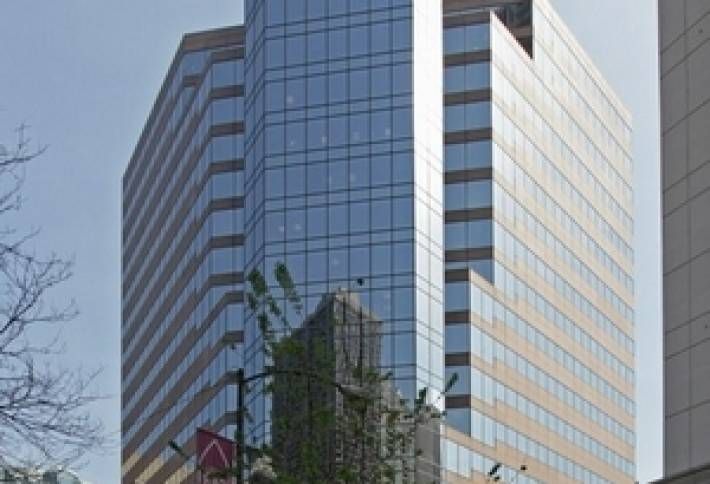 Bisnow: What type of cap rate were you looking for with the Conrad (shown)?

Bisnow: How has your strategy changed now versus your time at Strategic?

Laurence: Unlike with Strategic, I wanted a lot of different corporate partners, and I also wanted to take a certain amount of risk each time. If you don’t risk, you don’t get the big rewards. I’m gambling not only on the real estate, but the perceived need of tomorrow. I’m going for the Millennials, when they grow up and have money. I also wanted to have a big chunk of the ownership, because that’s how you make money.

Bisnow: That raises another good question: what's your take on the current state of building for the Millennial market?

Laurence: With these Millennial-focused hotels like Soho House and the Ace Hotels, it’s almost too custom-made. It’s like a Gap department store. Gap can change its shop windows according to seasonal trends, whereas these hotels can’t. One worries about the brands building product just for the Millennials, and they’re franchising and not putting their own dough into the projects. You worry about the successful boutiques today and you say, “Wait a minute. What’s going to happen tomorrow?” These Millennials will grow up and move on, and the next group may want something different. My hotels last 40 to 50 bloody years, not five. If you customize these hotels too much, you’ll live and die by them.

Laurence: I would say the critical mass is 45 and under, because they seem to be driving the meeting and travel decisions more. They’re traveling with their children more, mixing business and pleasure, and they want customization rather than being told what to have. And I like to have non-homogeneous projects to customize my pricing. 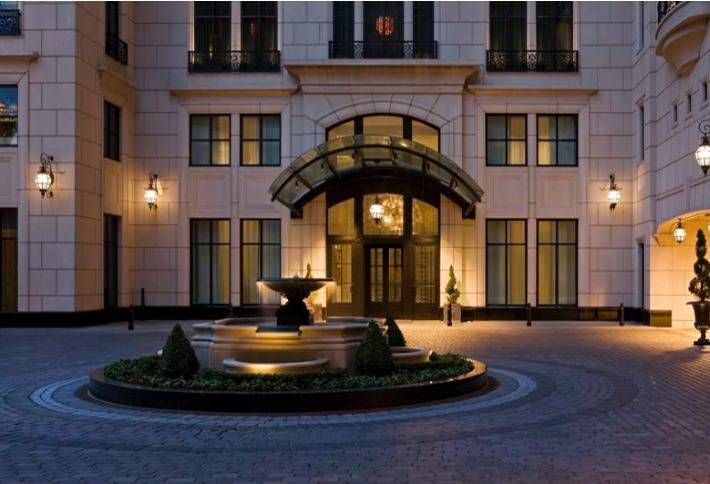 Bisnow: Let’s talk about the Waldorf Astoria (pictured) deal, because heads were raised at the price tag. What does that sale say about the current state of Chicago’s hospitality market?

Laurence: The market has segmented itself quite interestingly. You have the three- and four-star Loop market. East of Michigan Avenue is the big box meeting market. Streeterville, with the boutique hotels around the hospital, is limited service and feeds off price sensitivity. There’s the river itself with Trump, Langham, Westin, the Renaissance and when Londonhouse is complete. Then there’s the luxury market: Michigan Avenue and the Viagra Triangle. If you segregate in any of these markets, you can compete with yourself and bust through any rate barrier for that segment. With the Waldorf, I’m competing with the Peninsula, the Four Seasons. We’ve absorbed all the supply. Depending on what happens with the mess in Springfield, the city will continue to flourish and by 2018, we’ll be undersupplied.

Bisnow: How are you positioning your assets for that inevitability?

Laurence: If you look at the way the leisure business has grown in Chicago, it’s unbelievable. Five years ago, we had less than 1.7 million users around McCormick Place. We had 2.4 million last year, and this year will be around the same. 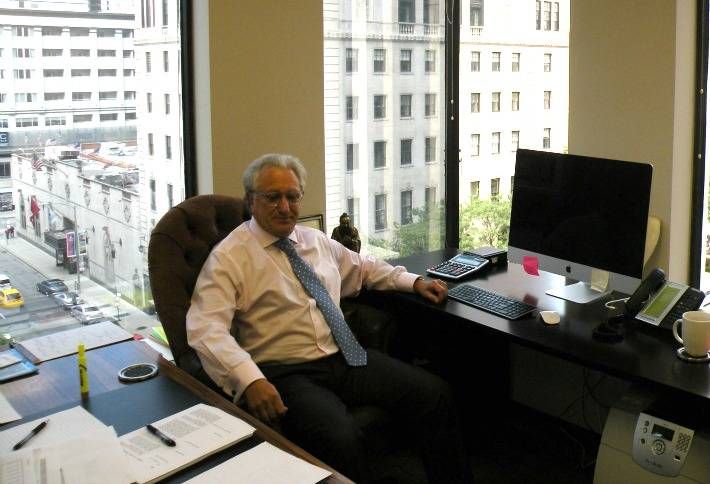 Bisnow: Your primary partner in your new projects is Wanxiang America Real Estate. Chinese and other foreign investors are playing all over the capital stack these days. Do you see them investing and looking for yield beyond trophy assets and 24/7 markets?

Laurence: Absolutely. Let’s look at real estate as the planet Saturn. The planet rotates one way, the rings another. The rings are global investors, and you have to time when they align. It’s just like when Japanese investors entered the market years ago. They invested in the trophy properties, then the second tier came along and corporate acquisitions. Much of it is going to depend on the strength of an economy at a given point in time. The Chinese will have an impact, but one that isn’t that noticeable. My Chinese partners are more of an institution. They invest across the country, in Europe, in Asia. They’re actually more of an American institution than a Chinese one. And I want the Chinese market. They’re a burgeoning travel market.

Bisnow: What types of cap rates and holds are you looking for?

Laurence: I’m looking to hold it until someone pays me a lot of money to buy it. With cap rates, I can’t predict how well your hotel will do in a market in any day or time. What I can tell you is my definition of winning is beating your competition with finite metrics. If interest rates are at 11% and I have 6% to 7% cap rates, I’ll do cartwheels.

Bisnow: Do you anticipate the Chicago market could be heading toward a bubble?

Laurence: I think the recent raft of service hotels, with their heavy emphasis on food and beverage, could wind up being the equivalent of a one-night stand in a hotel. The consumer is fickle and, if you did the economics on these programs, you'll find your lowest profit margins; some of them may be losing money. The owners who have added too much will get caught.

Bisnow: What markets outside of Chicago and DC are you eyeing?

Laurence: I believe I’ll find better deals on the East Coast, major urban markets where I can serve a niche. But I'm also not against investing in secondary markets if the conditions are right, like Minneapolis or Philadelphia.

Bisnow: How has your instinct served you in your career?

Laurence: When I’ve put logic ahead of instinct, I would say seven out of 10 times I’ve been wrong. But I am very research-oriented, but ultimately I need my instincts to be more right than wrong. As I’ve gotten older, I’ve relied on my instinct more.

Bisnow: Any other projects outside of those that were announced?

Laurence: We have a strong pipeline. We have $500M in assets, $100M in construction underway. We’re repositioning three major properties. When you see the Waldorf next year, you won’t recognize it. I intend to make it the most expensive hotel to stay at, and buy, in the city.