In Milwaukee, 1 Hotel Is Using Branding As A ‘North Star’ To Unite The City’s Arts Community 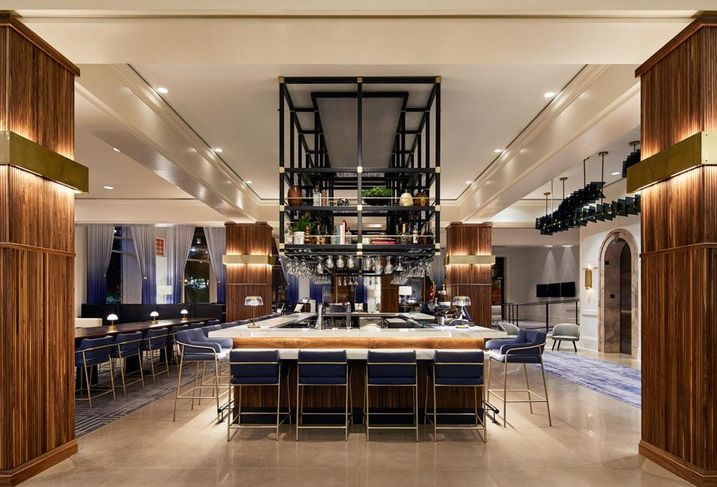 When Marcus Hotels and Resorts Group first floated the idea for an art hotel in Milwaukee, it handed the idea to David Sieren, partner and director of design and strategy at One Design, and his team. In a city with a burgeoning arts scene, it was going to be difficult to know how to encompass all of it into one brand. So the One Design team began to dig.

“We immersed ourselves in the Milwaukee art community for weeks to discover what was happening on both a corporate and a grassroots level,” Sieren said. “We wanted to get a sense of place, collaborating with the community to determine what experiences the hotel could offer travelers that they wouldn't find at the local institutions, as well as find ways for the hotel to engage and support the local art scene.”

After weeks of discussions and collaboration with representatives from local arts and community organizations, the team had two major takeaways. The first was that the last thing the local community wanted was a hotel that leveraged art as a marketing gimmick. It had to be authentic.

The second, larger, takeaway was that the local arts scene was diverse, eclectic and not simply focused on the visual arts. Milwaukee needed a space to highlight all of the unique creative work happening in the area. With this goal in mind, the team shifted the brand from an “art hotel” to an “arts hotel,” a space dedicated to celebrating all modes of artistic expression and bridging the gap between Milwaukee’s many creative communities. 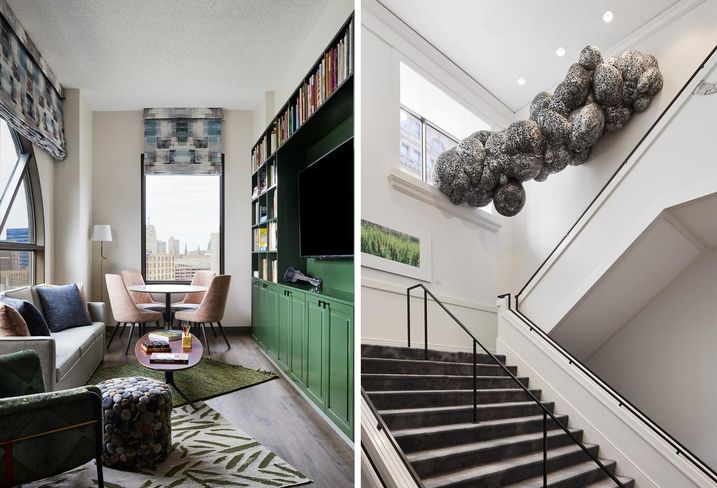 Courtesy of One Design/David Mitchell
At Saint Kate, public spaces and guest rooms highlight the work of regional and international artists.

When developers work with a branding company, they typically bring a team in during the final stages of the development process to name a building, give it a logo and support the marketing strategy. But according to Sieren, a brand is not an advertising gimmick, it is a promise about what the project is at its core.

“When we talk about brand, we’re not just talking about marketing,” Sieren said. “We’re talking about something that transcends name and identity. Brand, on a fundamental level, is about the promise a development is making about what it will bring to its tenants and the community.”

Sieren said One Design has discovered that the most successful properties are the ones that use brand as a North Star to guide everyone involved in the development process, from the architects to the team in charge of hiring building staff and beyond.

“We wanted to tap into the spirit of Milwaukee as a place with a multifaceted arts community that actually didn’t have a lot of high-profile venues for artists in various stages of their careers,” Sieren said. “We created a space that would be a hub for creatives as well as an introduction to the local art scene for travelers.” 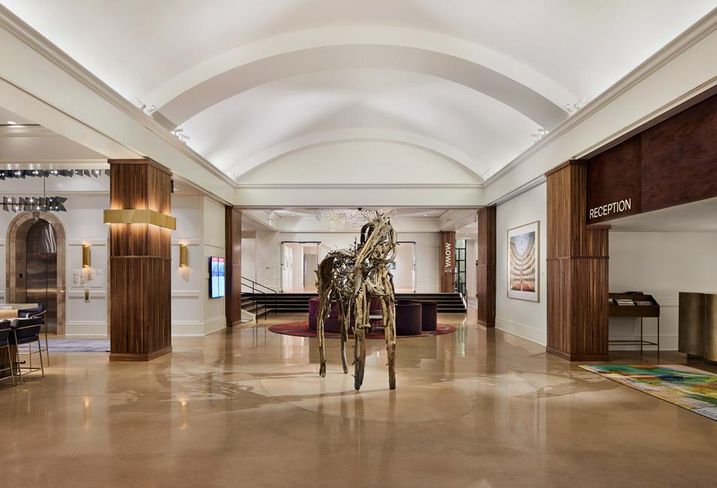 Courtesy of One Design/David Mitchell
The lobby at Saint Kate

They named the hotel Saint Kate, after Saint Catherine, the patron saint of artists, and found unique ways for it to serve as both a performance space and functioning hotel. This meant building an event room that could host conferences and double as a black-box theater, creating a professional art gallery and hiring an art curator and director of programming to help ensure the space remains a true hybrid.

At Saint Kate, there are multiple gallery spaces, an artist-in-residence space and a curated shop featuring work from local and national makers. The Museum of Wisconsin Art is running its first official satellite space from the hotel and five of the guest rooms were designed by local artists, with a significant portion of the proceeds from each going to support local arts organizations. All guest rooms feature a mix of artwork and design — from the artwork on the wall to the textiles throughout — created by local Wisconsin talent. 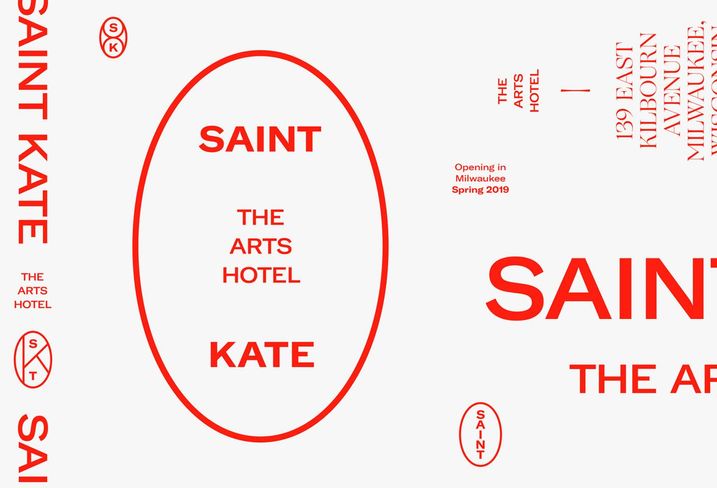 Six months before the official launch of the hotel, the One Design team called for proposals from anyone in the area who wanted to use the galleries and performance spaces at Saint Kate. Nearly 300 members of the Milwaukee arts community attended the launch party, which featured a wide range of performances to showcase the hotel’s commitment to local expression, from the Milwaukee Symphony Orchestra to the New Age Narcissism Collective.

The One Design team played a pivotal role in each step of the process, from helping train the first generation of staff before opening day to making sure the brand concept extends all the way through to the guest hospitality experience at every touchpoint. 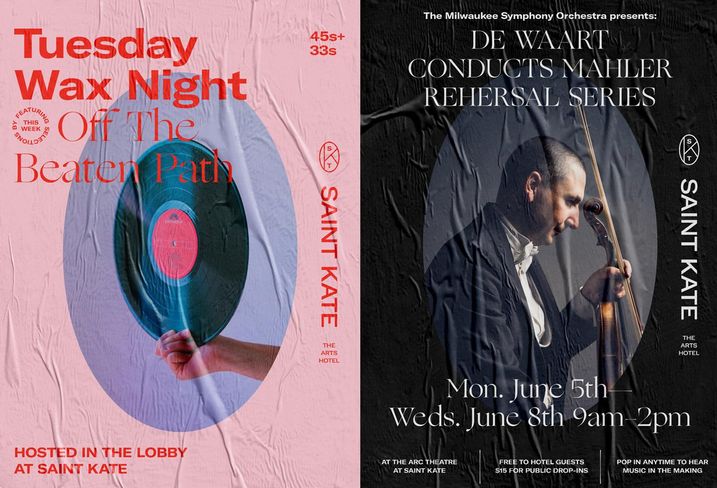 Courtesy of One Design
Events at the Saint Kate

Today, roughly a month after the public unveiling, Sieren said there is a real passion for the property in the community. He believes locals and visitors alike have embraced it as an authentic venue for performance and exploration that is also functioning as a hotel. One Design's work at Saint Kate has been recognized by Communication Arts for excellence in integrated branding through its 60th Design Annual Competition.

“Now that Saint Kate has opened to wonderful reviews, it is clear how important the branding process was to the creation of the concept,” Marcus Hotels & Resorts CEO Greg Marcus said. “It was a collaborative process that yielded a great result, impacting all areas of the hotel.”

One Design design lead Becky Sanders credits the project’s success to the One Design team’s involvement with the development from the ground floor. She said being able to work with the architect and developers side by side looking at everything from building elevations to the furniture and bathroom signs enabled them to create a truly unique, community-driven property.

“Whether you’re an architect, a developer or an interior designer, your goal is to meet the tenants’ needs, and to do that well you need to have empathy for people your development is going to serve,” Sieren said. “Everything we do in our process is designed to foster that empathy.”

This feature was produced by Bisnow Branded Content in collaboration with One Design. Bisnow news staff was not involved in the production of this content.