Sterling Bay's Lincoln Yards Gets Over TIF Hurdle, But Others Are Ahead

In the end, after listening for hours to passionate appeals both for and against Sterling Bay’s $6B Lincoln Yards proposal, the city’s Community Development Commission did what everyone expected.

The 15 members, all appointed by Mayor Rahm Emanuel, who has made no secret he wants the project to be part of his legacy, voted unanimously to approve a 168-acre tax increment financing district that will divert up to $900M in property taxes for 23 years and fund the infrastructure projects needed to make Lincoln Yards viable. 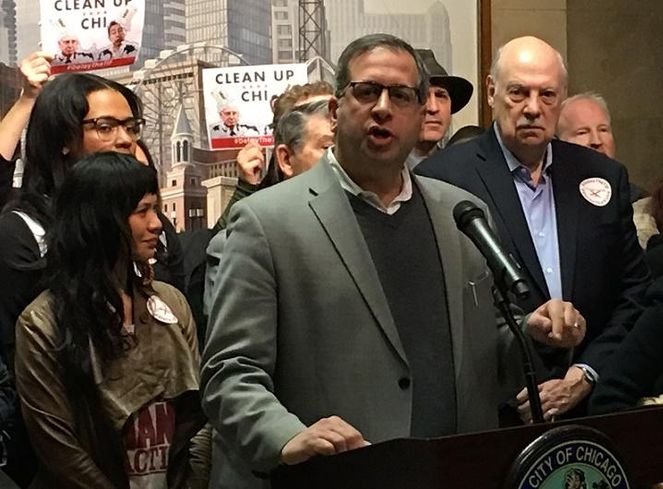 The commission, which reviews all TIF proposals, also approved an agreement with Sterling Bay that calls for the developer to pay $490M up front for the infrastructure improvements, including new bridges, a renovated Metra station, an eastern extension of the 606 trail and reconstructed street intersections. The city will reimburse the company with funds from the TIF district.

The developers can’t seem to escape the controversies swirling around many of Chicago’s leading political figures.

The Chicago Sun-Times reported in January that Sterling Bay received tax reductions on seven of its properties, including one at the proposed Lincoln Yards site, after using Klafter & Burke, 14th Ward Alderman Ed Burke’s law firm.

Burke, an alderman since 1969, recently resigned as head of the powerful Finance Committee after federal law enforcement officials charged him with improperly trying to secure campaign contributions from property owners. Klafter & Burke is one of several politically connected firms frequently used by commercial property owners to appeal tax assessments.

Sterling Bay and Related Midwest, which also used Klafter & Burke and just won approval for a TIF district to help fund infrastructure improvements at its The 78 site on the Near South Side, both cut ties with the firm.

But many wanted the Lincoln Yards TIF process delayed until the latest specter of potential impropriety from Burke could be reviewed further.

Waguespack and other City Council members, including 43rd Ward Alderman Michele Smith, whose district sits adjacent to Lincoln Yards, and 45th Ward Alderman John Arena, joined a group of activists at a press conference prior to the CDC hearing, and asked for a delay of the TIF approval.

“With some big names in city government’s oversight of real estate development in Chicago caught up in the latest City Hall corruption scandal, it’s the only way you will be able to clear the air and assure city residents that the taint of corruption no longer exists,” former alderman and University of Illinois at Chicago professor Dick Simpson said. 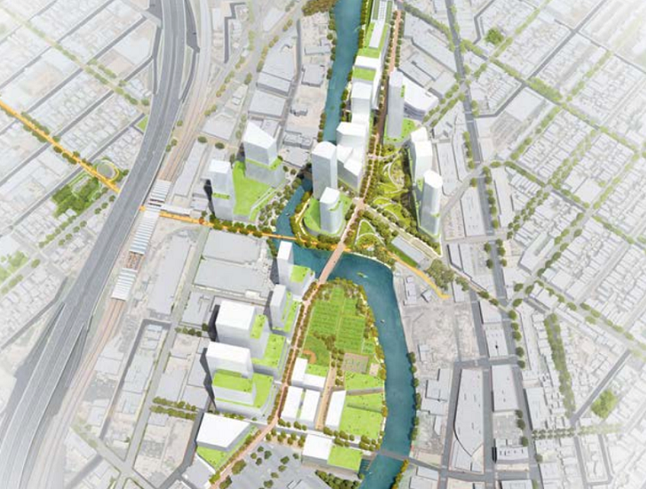 If the Sterling Bay master plan goes forward, Lincoln Yards, historically a place that provided industrial jobs, could eventually encompass 15M SF, with up to 6,000 residential units, along with offices, retail, acres of new parks along a reconstructed river walk, and the improved infrastructure, he said.

Hopkins now supports the proposal. Earlier he used his aldermanic privilege to cancel several of Sterling Bay’s most ambitious plans, including a 20,000-seat soccer stadium and a giant entertainment complex, after community surveys showed their unpopularity.

To requests for delay, he has a simple answer.

“We need traffic and transit improvements in the neighborhood, and we need it today. We can’t afford to sit on our hands when something like this is on the table before us.”

The up to 10,000 construction jobs needed to build Lincoln Yards were brought up by many as a point in favor of the project and Sterling Bay in general. The long parade of people approaching the microphone during the public comment period included numerous owners and employees of contractors that have worked with Sterling Bay. Many were from minority- or women-owned business enterprises, and praised the firm’s commitment to diversity.

Thomas McElroy, the founding principal of Chicago-based technology infrastructure firm Level-(1) Global Solutions, said Sterling Bay didn’t attempt to skirt the rules on using MBEs and WBEs for city projects, and these businesses don’t have to fight when it’s time to get paid, an important consideration for firms that may not have access to capital.

“You don’t have to do that with Sterling Bay, and the fact that you can do work and get paid on time lets you expand your business,” he said.

McElroy’s company designed and built tech infrastructure for the new Cook County Hospital, the new Malcolm X College and many other developments, and is set to handle similar duties at Lincoln Yards.

“We’ve got a handshake agreement, and the lawyers are working it out,” he said.

McElroy listened to the many calls for delay, but pointed out discussions over what to do with the former Finkl Steel site have gone on for several years.

“At some point you’ve got to pull the trigger. Otherwise you can have what’s called analysis paralysis, and at the end of the day, still not make a decision.” 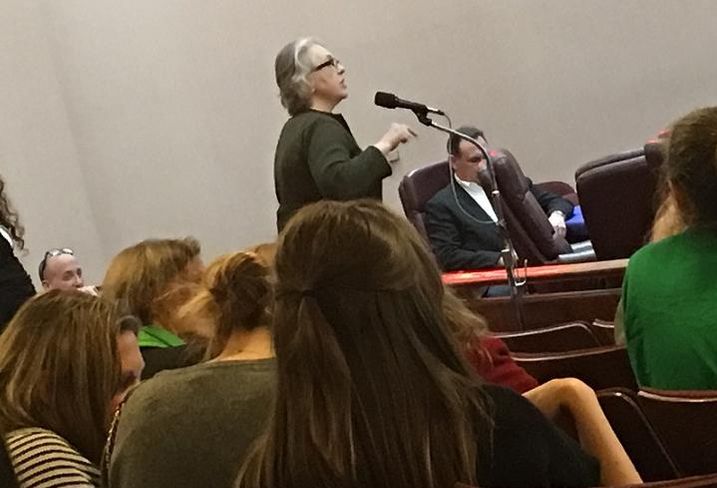 Community activists like Allan Mellis, a member of Hopkins’ advisory board on Lincoln Yards who lives on the 1100 block of Montana Street in the Wrightwood area near Lincoln Park, remain unconvinced.

“I am imploring progressive members of the CDC to either defer approval, or amend the TIF Redevelopment Plan to ensure that the funds used will benefit the community and not just Sterling Bay,” he said.

He suggested that all 20% of the new Lincoln Yards units reserved by law for affordable housing be built on site, rather than Sterling Bay’s plan to construct a few hundred there, and put the remainder elsewhere.

Like many neighborhood residents, Mellis wants to see more publicly owned park space instead of parks owned by Sterling Bay, especially on the 23 acres occupied by General Iron, a scrap metal recycler. Sterling Bay said the park space, which was expanded after Hopkins nixed the stadium idea, will be open to all.

When the long afternoon was over, but before they voted to approve the TIF, several CDC members subjected Sterling Bay officials to a round of questions.

Several praised the developer’s record on hiring MBEs and WBEs, but critiqued the firm’s almost complete lack of diversity among its senior leadership.

CDC member Gwendolyn Butler, the vice chairwoman of Capri Investment Group, said she was dissatisfied with the company’s plans for future community engagement, and hoped it would develop something more structured, rather than depend on Hopkins, who said he will continue holding meetings at each step as the plan goes forward.

The political battle over the Lincoln Yards site will continue at least until March, when the full City Council is likely to bring it up for a vote, and opponents say they will not stop pushing.

Waguespack and Smith on Wednesday requested through the Freedom of Information Act detailed records on property tax assessments at Lincoln Yards.

They said they are especially concerned that an 18-acre portion, once used by the city's Department of Fleet and Facility Management and bought by Sterling Bay in 2017 for more than $100M, was still considered tax-exempt.

“The new assessor should have the opportunity to go in there and reassess these properties, and in some cases, like the fleet site, assess them for the first time,” Waguespack said.

Waguespack said 13 out of 50 aldermen are solid no votes, and others told him they may vote no as well.

He is skeptical about the latter group, and said there is a City Council tradition of members saying, “’I’m against it, until the mayor says I’m for it.’”