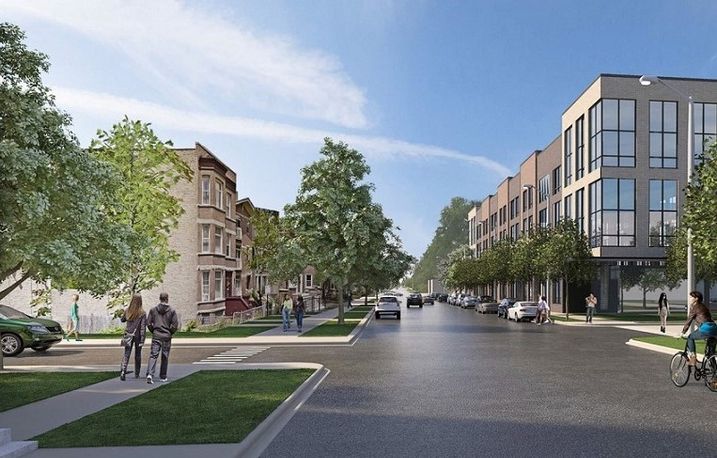 Courtesy of The Habitat Co.
Rendering of Ogden Commons, which will rise on the site of the CHA's Lawndale community.

The project is a partnership with the Chicago Housing Authority, Sinai Health System, Cinespace Chicago Film Studios and the city of Chicago. Known as Ogden Commons, the development will offer mixed-income rental housing, retail and commercial space.

Located on the former site of the CHA’s Lawndale development, the project will transform 10 acres of mostly vacant property near Douglas Park into 120K SF of commercial and retail space plus hundreds of mixed-income housing units. Habitat President Matt Fiascone said Ogden Commons will give the neighborhood, which already hosts Cinespace Chicago Film Studios and Sinai Health System, a much-needed economic boost.

The company will develop Ogden Commons in several phases. The first phase will have 45K SF of commercial space, 15K SF of retail space and some of the planned residences. Construction on the commercial space will begin during Q2 2019 with the residential work to follow. Habitat officials said they should complete the entire development in 2021. Cinespace and Sinai will occupy a significant portion of the commercial space, expanding on their current locations on Ogden Avenue across from the site. The Cinespace studio is home to a number of TV shows and movies, such as "Empire," "Chicago Fire" and "Divergent."

Irvine Company Office Properties has named Maggie Brophy senior leasing manager for its Chicago portfolio, which includes trophy skyscrapers One North Wacker, 300 North LaSalle and 71 South Wacker. Prior to joining Irvine, Brophy served as a leasing director with the Telos Group, where she focused on specialized leasing assignments and oversaw the $600M redevelopment, repositioning and leasing of Willis Tower. She was responsible for 1.3M SF of leasing transactions during her final two years at Telos.

Cawley Chicago brought on Mike Harvey, JJ Bliss and Robert Dixon as senior vice presidents. Officials from the Oakbrook Terrace, Illinois-based firm said the move expands its capital markets brokerage capabilities and the ability to provide creative financing services, including debt and equity placement. In the last year, the company has added brokers and services and opened a downtown office. 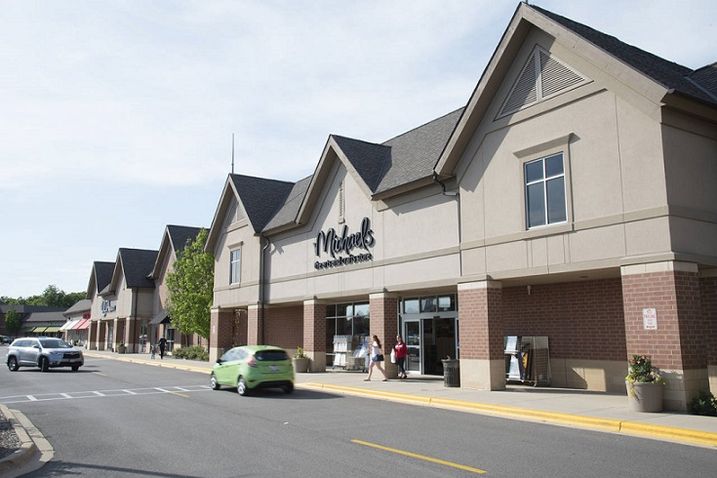 Courtesy of DRA Advisors and Pine Tree
The Shops at Kildeer

New York-based DRA Advisors and Northbrook, Illinois-based Pine Tree acquired The Shops at Kildeer, a 171K SF shopping center in the affluent Chicago suburb of Kildeer, for $32.5M. Located approximately 33 miles northwest of downtown Chicago, the center was developed in 2001 and is anchored by Bed Bath & Beyond, Ulta Beauty, Michael’s and Old Navy. CBRE's George Good brokered the deal. Wells Fargo provided financing that was arranged by William Barry of Draper and Kramer. 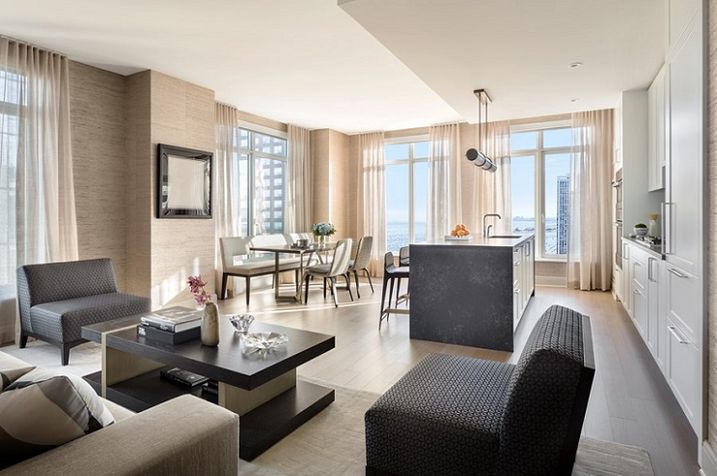 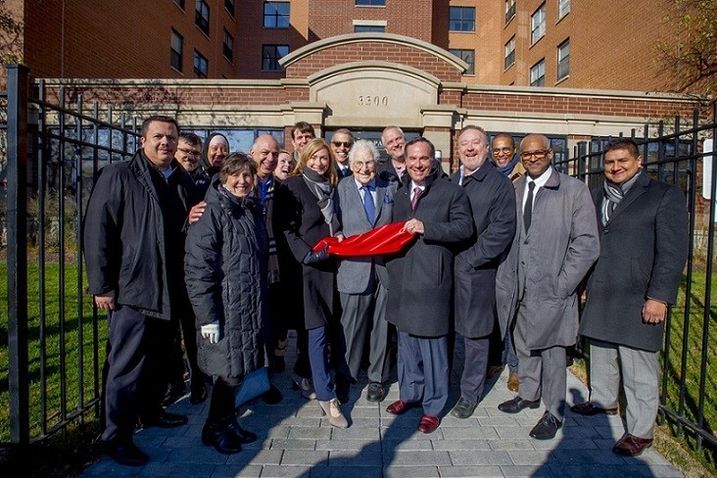 Courtesy of The Habitat Co.
The ribbon-cutting that celebrated the revival of East Park Apartments.

The Habitat Co. completed a 13-month, $16M acquisition and rehabilitation of a 153-unit single room occupancy community in Chicago’s East Garfield Park neighborhood. The company developed East Park SRO, at 3300 West Maypole Ave., in 1994 and has managed the community ever since. Project-based Housing Choice Vouchers will continue to be applied to 100% of the units, ensuring their long-term affordability. Mayor Rahm Emanuel attended the ribbon-cutting ceremony, along with 28th Ward Alderman Jason Ervin, city officials, Habitat team members and residents of East Park.

Trammell Crow will begin construction this month on a Class-A, 300K SF office tower at 1375 West Fulton Market in Chicago’s rapidly expanding Fulton Market neighborhood. The 14-floor tower will include 15K SF of ground-floor space for retail and restaurants. The company expects it will finish the fully financed building in the first quarter of 2020. CBRE's Sara Spicklemire and Kelsey Scheive will lease and market the building. Trammell Crow and CBRE will unveil additional details about the property’s design and tenant amenities in December.

Panattoni Development acquired a 53.45-acre site on Orchard Gateway Boulevard in suburban Aurora, adjacent to Orchard Road and Interstate 88. It plans to develop Orchard Gateway, a 764K SF speculative Class-A warehouse distribution facility. It will be the largest active construction project in the I-88 Corridor, and one of the largest industrial buildings constructed to date within the submarket. Colliers International Chicago’s Brian Kling and Reed Adler represented Panattoni. The developer plans to finish the building by the third quarter of next year.

Chicago’s industrial market had a great third quarter, according to a new report from Colliers International. Leasing velocity increased for the second quarter in a row, with new leases and lease expansions totaling 10.1M SF. That is the most since 2015, and the overall vacancy rate ticked down to just 6.4%.