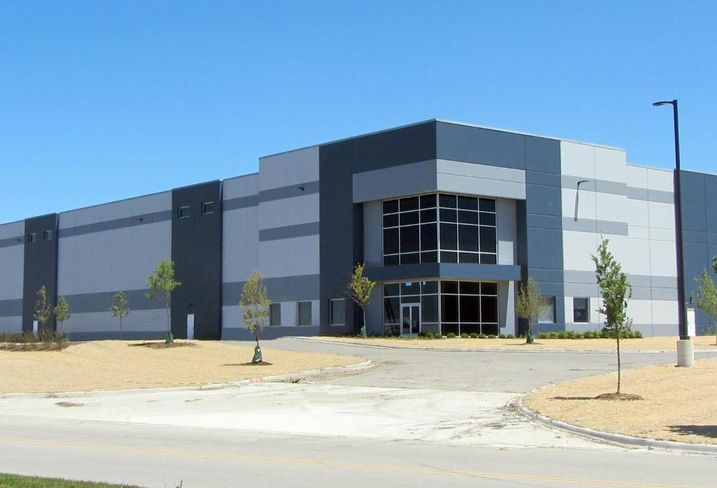 G4 Development Group has been building spec industrial in Brewster Creek Business Park, leasing it up and selling it.

The latest deal, at 1411-1415 Brewster Creek Blvd., is the third building that has sold through this process. NAI Hiffman’s Jeff Fischer has leased and sold all three buildings, which total 325K SF of Class-A industrial.

KIG CRE’s multifamily institutional investment sales brokerage team has moved to Cushman & Wakefield. Susan Tjarksen, Todd Stofflet and Jason Stevens were hired as managing directors, and were accompanied by Laura Ballou, Jacob Albers, Daniel Falkenberg, Caleb Zielke and Brenda Cuellar from their team. The team has brokered over $2.4B in multifamily sales, including 145 acres of multifamily land and more than 33,000 units.

David Friedland joined Cushman & Wakefield as the Chicago industrial group leader. Over the last 22 years, he has completed 750 transactions topping $1B. He previously co-owned Epic Realty Partners, which he sold to Transwestern Commercial Services.

Erica King was promoted to president of Chicago Neighborhood Initiatives Micro Finance Group. CNI said in a release this makes King one of a handful of African-American women in the country leading a financial services organization. She has been with CNIMFG since 2014 and has spearheaded issuing over $2M in small-business loans in Chicago, particularly in Pullman.

Andy Robbins, Al Rodenbostel and Anthony Campagni have formed A-R-C Real Estate Group, specializing in retail brokerage in the Midwest. Robbins and Rodenbostel were the founders of ARCORE Real Estate Group in 2011, and Campagni was with RKF. A-R-C is a member of the Realty Resources national retail real estate alliance.

Cooper Annenberg and Elan Rasansky, who previously worked with Campagni, will also join A-R-C, along with the full ARCORE team.

Noelle McDonald joined Valbridge Property Advisors as a director. She has 17 years of experience in real estate valuation. 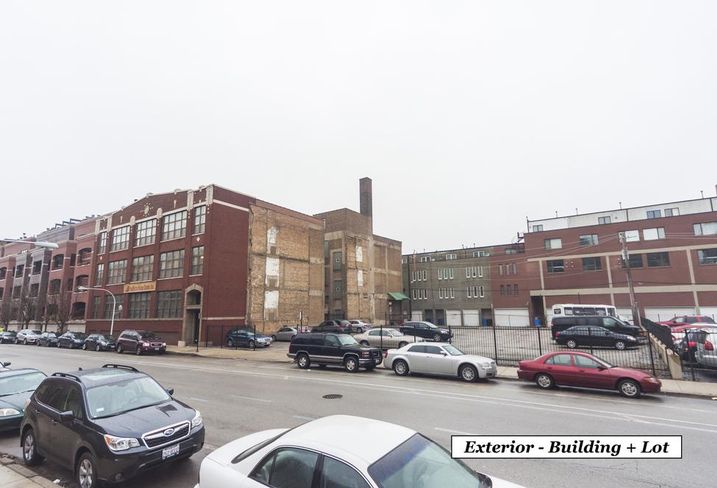 LG Development Group purchased a 35K SF industrial building at 1214-30 West Jackson Blvd. in the West Loop for $5.4M. The property housed FredEric’s Frame Studio but will be demolished and replaced by a 10-story, 166-unit apartment building. Jameson Commercial represented the seller, Fred Baker Trust. There was no broker for the buyer.

Cunat will upgrade, renovate and rebrand the property at 1240 Nantucket Road as Arbor West. It was 97% occupied at time of sale.

An undisclosed 1031 exchange buyer purchased a 13K SF building at 1530 North Damen Ave. in Wicker Park. It was rehabbed in 2017 and has a long-term single-tenant net lease. Greenstone Partners represented the seller, Northpond Partners. 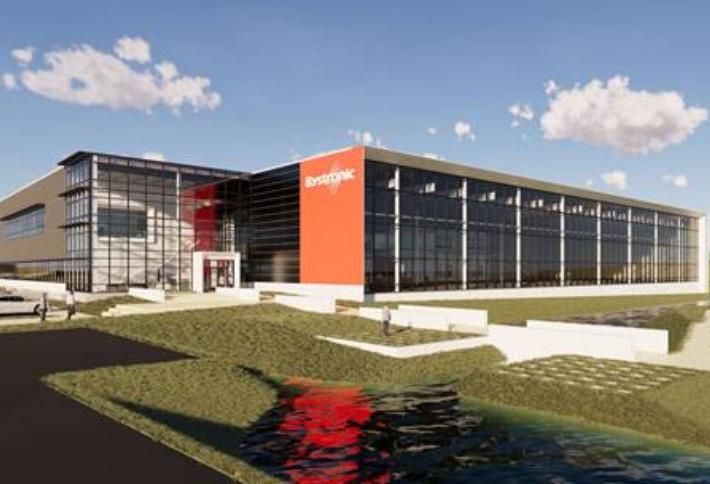 Kasselman and Whipple are marketing the firm’s remaining 9,317 SF at 30 West Monroe for sublease.

Educators Advancement Group renewed its 20,521 SF lease at 20624 Abbey Woods Court in Frankfort. NAI Hiffman’s Steve Chrastka represented the tenant. The property recently went through a foreclosure and sold to a new owner via auction. 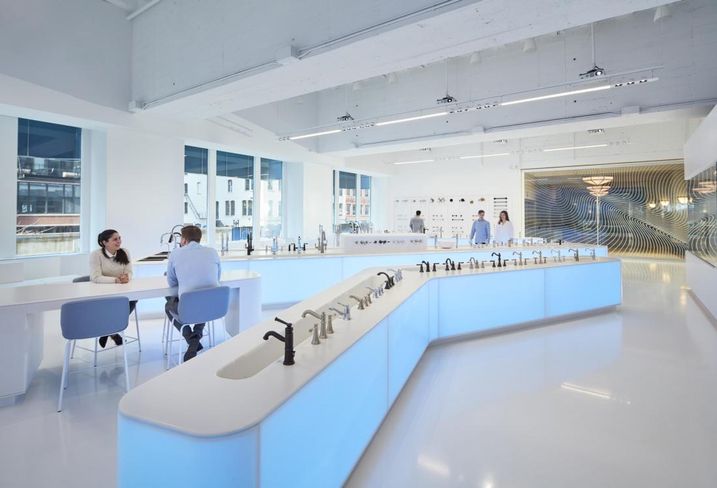 Residents have started moving into The Cooper at Southbank in the South Loop. The 452-unit tower is the first Chicago project built and developed by Lendlease and is one of five residential high-rises planned in the 7-acre Southbank neighborhood. The townhome and penthouse units are delivering in January, and the 4-acre Southbank Park will also complete next year. The property includes 35K SF of amenities, including a sixth-floor terrace overlooking the Chicago River and Downtown skyline, bocce ball court, virtual sports simulator room, listening lounge with shared musical instruments and several huddle rooms for working. Perkins+Will is the principal architect, with landscape architect Hoerr Schaudt.

SOPHY Hyde Park, a 98-room boutique hotel in Hyde Park, opened. It was developed by The Olympia Cos. and SMART Hotels and is managed by Olympia Hotel Management.

Principle Construction Corp. completed renovations to the Richard Wolf Medical Instruments facility at 353 Corporate Woods Parkway in Vernon Hills. It was a heavy renovation, including knocking out interior walls to expand the Optical Assembly Lab, and reconfiguring the ceiling and plumbing to support the new layout and increased equipment. The project architect was Timothy Morgan and Associates.

Berkadia’s hotels and hospitality group arranged $56M in financing of the Water Street District in Naperville. It secured a short-term refinancing loan through Voya Financial for Marquette Cos. as it brings the project out of construction. 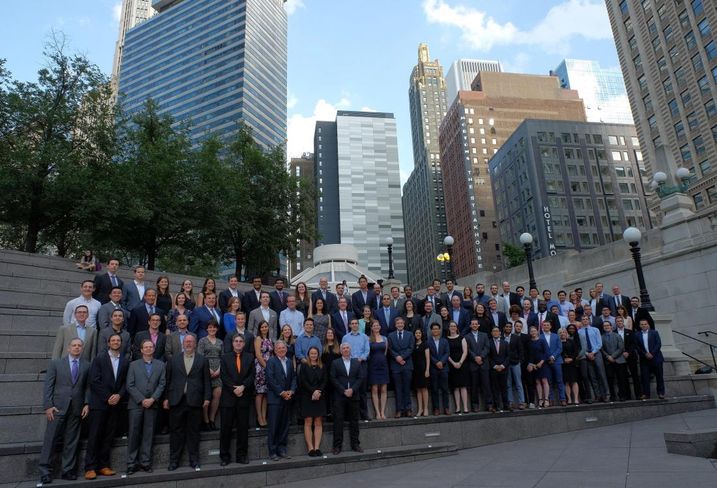 Thornton Tomasetti, an international engineering firm, marked the 25th anniversary of its expansion into the Chicago market at a celebration at the Chicago Architecture Center. The company, which has 100 employees locally, has worked on the 23-story expansion of the Chicago Board of Trade, Jeddah Tower, the adaptive reuse of Soldier Field, the structural renovations at Wrigley Field and the update of the Yard at Chicago Shakespeare Theater.