Minorities In CRE 'No Longer Afraid' To Confront Lack Of Diversity

“Systemic racism exists, it’s at the forefront of our world today and it’s a topic of conversation that we are no longer afraid of,” Bowa Construction CEO Nosa Ehimwenman said.

Racism afflicts commercial real estate the same as it does any other business, he said during Bisnow’s Racial Inequality: Diversity & Mentorship In CRE webinar July 21, but the country’s atmosphere this summer presents an opportunity for change.

The second is a willingness to be creative about hiring and retaining a more diverse workforce, including fostering mentorship programs. 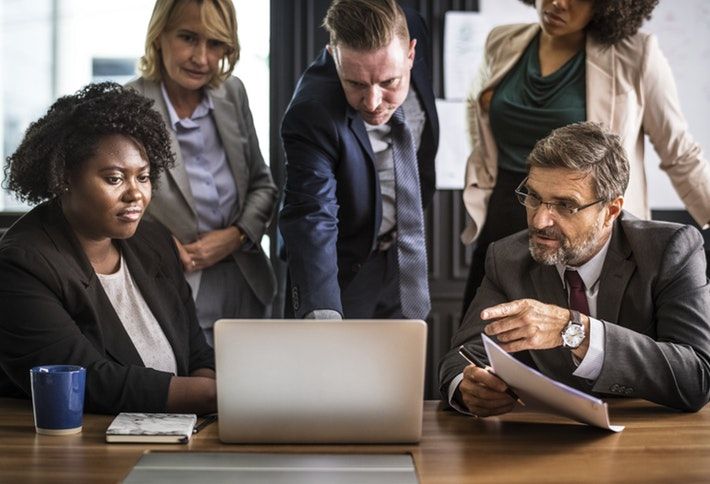 “The Rev. Dr. Martin Luther King said that our lives begin to end the day we become silent about things that matter, and it’s in this spirit that our panelists have agreed to talk about this issue of racial equality and being change agents,” Strautmanis said.

“I was tired of being the only person of color in the room,” he said.

Grady helped start CHI-AACRE, or Chicago African-Americans in Commercial Real Estate, a zero-fee organization that brings together hundreds of its members several times a year to discuss common experiences and network together to share opportunities.

Bob Clark heads Clayco, a $3B design-build firm, and his education about U.S. inequality started early. He founded the company in St. Louis, and its first headquarters was in what he termed a very disadvantaged area.

“An 11-year-old boy came up to me the first day, introduced himself and asked me for a job, and I told him he needed to be in school, and he told me he needed to be taking care of his family,” Clark said. “And that was a wake-up call for me.”

“That little boy, African American kid, came into my family, as I adopted him a few months later, right before I got married, and my wife and I have enjoyed having this diversity right in our own family, but it’s also led us to many wake-up calls along the way.”

Racism impacts the lives of everyone in the industry, Ehimwenman said, no matter what their skin color, because the less diversity an organization has, the less growth, opportunity and success it will ultimately have.

Forging partnerships with Black-owned contractors is one option, he said. But such companies have been playing catch-up to white-owned counterparts for generations. Many of the latter were founded in the 19th century, while many Black-owned firms are brand-new or got their start during the Jim Crow era.

“You have these firms that have had a 200-year head start. I’m a track guy, and so if you’re running 400 meters and you can’t start your race until that guy has literally run around that track 200 times, how do you catch up? How do you build capacity?”

Ehimwenman pointed to ENR’s statistics on the Midwest’s top contractors. The largest does $2.7B of business each year, and the 50th does $248M per year.

“There isn’t a Black contractor on that list,” he said.

The largest Black contractor in the U.S. is Atlanta-based H.J. Russell & Co., a company founded in 1952 that does about $178M per year, he added. 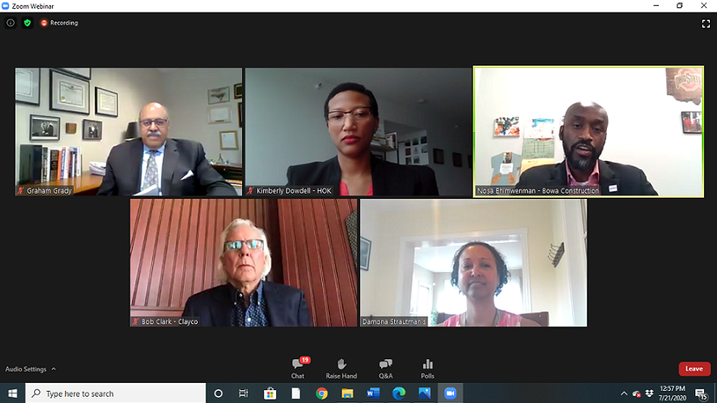 That lack of capacity has an impact on more than who occupies the C-suites. The composition of the entire workforce, including managers and blue-collar workers, ends up feeling the weight of that history.

“Eighty-one percent of construction managers are white, and 3.2% are Black,” Ehimwenman said.

But fixing the problem does not mean attacking others.

HOK principal Kimberly Dowdell is also president of the National Organization of Minority Architects and said the profession is no different than the rest of commercial real estate when it comes to lack of diversity. Out of roughly 116,000 architects in the U.S, just more than 2,000 are Black. But she has seen a sea change this year, at least in how people are thinking about diversity.

“I’m actually really encouraged by all the outreach, by all the energy around making things right,” she said. “There’s been a huge outpouring of support from people reaching out to NOMA saying, ‘How can we increase diversity in our organization?’”

“The leaders of large firms are really interested in moving the needle,” she added.

Dowdell advises firms to look around the table, see who’s missing and what perspective isn’t there.

“If it’s all men, find the women. If it’s all white people, find people of color. If there is someone who’s missing that should be at the table, find those voices.”

Clayco focuses on boosting diversity on job sites, Clark said, and has specific targets for each of its projects, as well as reaching out to the MBE community.

“I can remember arguing and fighting with all the unions 20 years ago, 15 years ago, and that, by the way, has gotten tremendously better, the receptivity of the subcontractors and the unions.”

But the recent Black Lives Matter protests and new awareness have brought about even more change.

“A bunch of shifts happened,” Clark said. “One thing that’s inspirational to me is that many of our corporate clients really have had a wake-up call, and clients at the end of the day dictate so much of the requirements, from safety requirements to no-drug policies to now driving diversity and inclusion, which honestly has been disappointing and missing in the ownership ranks across Chicago, which is part of the problem.”