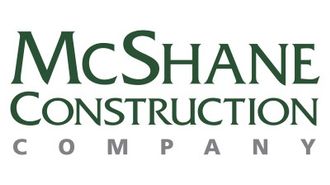 McShane: TODs Are Opening Up New Parts Of Chicago

The aftermath of the 2009 recession has led to a significant shift in how developers view the outskirts of Chicago.

While the Second City remains one of the strongest draws between the coasts, interest isn’t solely focused on Wacker Drive.

McShane Construction EVP & regional manager Mathew Dougherty (below) tells Bisnow multifamily development honed in on high-rise projects in the heart of the city immediately following the downturn. But as the product began to develop and the market matured, a need for residential housing grew outside of the metro area. The past few years have seen a steep rise in demand for condos and apartments set against a small town, walkable, suburban backdrop. Shown above is McShane's Midtown Square.

The most appealing communities are stocked with trendy bars and restaurants as well as a town center with the local train station at the epicenter. This modern suburb, a transit-oriented community has created new opportunities for Chicago-area developers.

“If you asked a developer in the suburban market who their target demographic was 15 or 16 years ago, you’d get a very quick and pointed response,” Mat says. “They’d point to new grads that want to move into a place of their own while staying close to home.”

The demographic pool has changed quite a bit, with a diverse range of residents looking to set down roots outside of Chicago proper. Mat tells us the rise in TOD popularity isn’t quite a revitalization of urban sprawl, but rather a reflection of how desirable proximity to the city is.

"Chicago is still a big magnet; a lot of the jobs are still in the metro area,” he says, pointing to employers such as McDonald’s and Motorola that are relocating to the city. Mat says a "good portion” of Chicago’s workforce wants to live in the city and within shouting distance of the office, but others would rather live near a train station and commute.

The suburbs allow those workers to enjoy life far from the main drag after work, while providing them with a relatively simple commute.

The 115 units in the three-story complex are stocked with quartz countertops, stainless steel appliances, and in-unit washers and dryers. The parking lots are set against well-landscaped lawns.

In their place, McShane constructed a 137-unit residential structure above 11k SF of retail space.

In Evanston, M&R Development also called upon McShane, this time tasking it with the construction of Central Station Apartments. In addition to the residential units, McShane built an exercise room, cyber café, lounge, patio spaces, integrated parking and a green roof on the second floor.

Mat tells Bisnow developers are excited about the opportunity to develop these type of projects in the more rural areas surrounding the main hub of the city.

TODs are attracting everyone, including young adults just starting life on their own, established professionals and senior citizens who are looking to downsize but maintain their lifestyle.