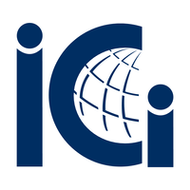 How Cooper’s Hawk Selected A Chicagoland Contractor For National Expansion

When Timothy Jackson talks about his work with Cooper’s Hawk Winery & Restaurants, he likes to tell the story of how his construction company, ICI, was not selected to build the restaurant’s first location in Orland Park, Illinois, due to landlord requirements.

“Tim McEnery, the founder, and I actually talked about the first Cooper’s Hawk while he was still planning it all out,” said Jackson, who serves as vice president of operations at ICI.

“Whenever I see him now, we laugh about that conversation. We actually did renovations on the Orland Park location this year, so it feels as though we’ve come full circle. I’m happy it worked out for both of us.”

Fifteen years after Jackson and McEnery met, Cooper’s Hawk is among the fastest-growing restaurant concepts in the country. Its 41 locations — which began in the Chicago suburbs but now spread across the Midwest and Southeast — each feature a full kitchen, a Napa-style tasting bar and a retail space where the company sells its exclusive line of wines, which it also offers through a booming monthly wine club.

ICI is working with Cooper's Hawk on multiple projects in Illinois and nationwide. ICI built its first Cooper's Hawk location in Oak Park in 2017. Since then, it has built four new restaurant locations and completed remodels on seven other Cooper's Hawk properties, including the company's Restaurant Support Center in Downers Grove, Illinois.

In 2020, ICI will build three new restaurants for Cooper's Hawk: one in Morton Grove, Illinois, the other two farther afield, in Sarasota, Florida, and Scottsdale, Arizona — the farthest west the chain has ventured.

Joe Panico, who has served as a superintendent on three of ICI’s ground-up construction projects, said the relationship with Cooper’s Hawk goes deeper than just the business.

“We’ve built such strong relationships over the course of these projects,” Panico said. “I feel motivated to deliver a high-quality project not just because it’s my job, but because I see the Cooper’s Hawk team as family.”

“It helps the working relationship tremendously to know the people on the other side of the table,” said Walter Fisher, vice president of construction at Cooper’s Hawk. “ICI knows our concept inside and out, our team relies on strong partners that align with our Cooper's Hawk values.”

In November, ICI put the finishing touches on a new flagship location for Cooper’s Hawk in the former Esquire Theater in Chicago’s Gold Coast, where it replaced Del Frisco’s Double Eagle Steakhouse. For this momentous renovation, Fisher took the reins and led the project directly, which he said brought back memories of his early years at Cooper’s Hawk.

The Esquire’s three floors afforded an opportunity to design something very special, Fisher said, but also presented challenges. First, there was the tasting bar, a fixture in every Cooper’s Hawk location, which required not only considerable space, but also an intricate plumbing network to connect taps, sinks and refrigeration systems.

During pre-construction, ICI pointed out that the tasting bar could not work in the configuration Cooper’s Hawk originally envisioned and proposed three other spots in the building that had the space and plumbing necessary.

“This is where ICI really excels as a company,” Fisher said. “The worst thing we could do would be to get started and then have to stop because we ran into an obstacle. ICI provided early counsel to expedite the design process.”

By coincidence, ICI had also handled a substantial remodel of the Del Frisco’s space in 2017, providing them with intimate details of the building’s plumbing and infrastructure. Members of the ICI team went crawling through the three-and-a-half-foot cavity between the floor and the ceiling below in order to make sure the tasting bar could be installed smoothly.

ICI also understood the quirks of construction at the iconic Esquire Theater.

“The building has no service elevator,” Fisher said. “So anything we brought to the second and third floor had to move up the stairs or be hoisted in from the outside.”

Fisher noted that ICI examined and engineered every aspect of the building with an eye toward cost and speed, preserving walls and staircases and even custom designing iron hood vents for the grills in the kitchen.

“Cooper’s Hawk is one of the most challenging restaurants you could ever try to build,” Fisher said. “We have the retail area, the tasting bar and a full-service bar and restaurant behind that. The more we can be efficient with our pocketbook and in terms of timing, the better.”

ICI Senior Project Manager Scott Leadbetter, who leads the Cooper’s Hawk account, credited the strong working relationship to an honest and dedicated approach, as well as values that both companies share: a sense of community and fun, with a care for others. Fisher’s appraisal was much the same.

“I breathe a sigh of relief knowing that people in our industry still care,” Fisher said. “ICI is always a step ahead, and their people care deeply about the end product they deliver. We look forward to working together on many more projects.”

This feature was produced in collaboration between Bisnow Branded Content and ICI. Bisnow news staff was not involved in the production of this content.

ICI
ICI is a family-owned business in its second generation of leadership providing Construction Management, General Contracting and Design-Build services. Our team includes 2 of only 26 Certified Professional Estimators in the state of Illinois. ICI's proven ability to build strong partnerships has led to over 80% of our projects being generated by repeat clients and referrals.
Confirmed! You are subscribed to the Bisnow Chicago E-Newsletter.
Most Read Stories
More Top Stories
Bisnow Chicago Newsletter
Bisnow Chicago Newsletter