Thousands of baby boomers retire every day, steadily draining the construction profession of its most experienced workers. To replace this group and prepare for an increasingly high-tech future, builders and construction unions need to transform how they recruit young people, according to industry experts.

One of the first tasks will be getting schools to bring back high school shop classes, according to Elbert Walters, director of Powering Chicago, a labor-management partnership that includes the International Brotherhood of Electrical Workers, Local 134, and the Electrical Contractors' Association of the city of Chicago.

The loss of so many training programs was part of a broader trend in the U.S. to de-emphasize construction and other manual labor in favor of academic pursuits, he said July 30 during Bisnow’s Chicago Deep Dish: The Construction Labor Shortage webinar, presented by PowerForward DuPage.

“You were presumed to be better off if you went to college.” 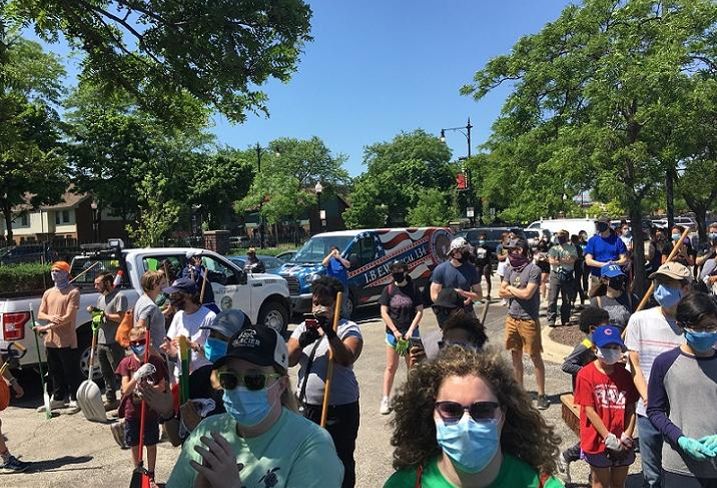 “For me personally, in high school, they began to move the shop classes away from the curriculum, and that pivot away from giving the youth such opportunities did them a disservice,” he added. “College is not for everyone. We understand that college is a great opportunity and a great tool to use, but this is about making sure everyone has the opportunity to make a successful career for themselves, especially when entering into a middle- to upper-middle-class lifestyle.”

Bringing those young people into the trades gives them opportunities to secure high-paying jobs and genuine wealth, he added, and in a time of economic crisis, it will be more important than ever to make sure recruiting is done in diverse communities, especially among people of color.

“It’s something we need to pay attention to, and it’s something that can really help our labor shortage,” McLean said.

Such recruitment will be much easier if recent graduates understand that on modern job sites, where virtual design, BIM modeling and other high-tech tools are now typically used, construction workers are not just manual laborers.

“We are looking at educated, sophisticated, tech-savvy people who are leaders and team members,” McLean said. “And they leave tangible results behind every time they step off a job site. That’s something we don’t necessarily get in our academic programs, our collegiate programs, and I think it’s a major piece that’s leaving many office workers unfulfilled.” 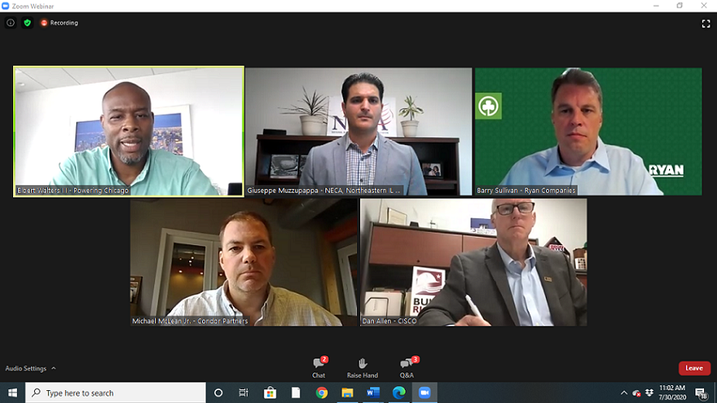 Some builders have sought greater efficiency by experimenting with modular construction. One of the hopes is that by fashioning modular components in an off-site factory, transporting them to a job site and quickly assembling the components into a structure, the industry will reduce the need for labor and partially alleviate the shortage.

While using modular units could increase efficiency, it most likely won’t solve the labor shortage, according to Ryan Cos. Director of Construction Barry Sullivan.

“Really, it’s just the labor moving from the job site to off-site,” he said.

Last year, joint management-labor groups spent around $1.25B in training, including $75M in Cook County alone, but the increased interest among builders in advanced techniques is another reason to invest even more in training, Construction Industry Service Corp. Executive Director Dan Allen said.

“This is not old-fashioned construction. It’s high-tech. That’s what’s going to excite and bring in these millennials. Make it sexy.”

But bringing millennials, as well as women and minorities, into what has historically been an industry dominated by white men will mean changing how recruitment happens, Walters said.

“We have to understand that the world is changing and what was once acceptable is now antiquated.”

He advises industry leaders to meet potential recruits where they are, whether that’s on social media sites or as members of different groups and organizations. Powering Chicago forms partnerships with workforce agencies and church groups, as well as Chicago Women in Trades, a nonprofit organization that educates women for jobs in construction, welding, plumbing, carpentry, painting, electrical work and other trades.

“In casting that broader net, we reach out to different communities and make sure they get the information about what it takes to get into the trades.”